B.C. to stretch second doses of COVID-19 vaccine to day 42 amid production delay 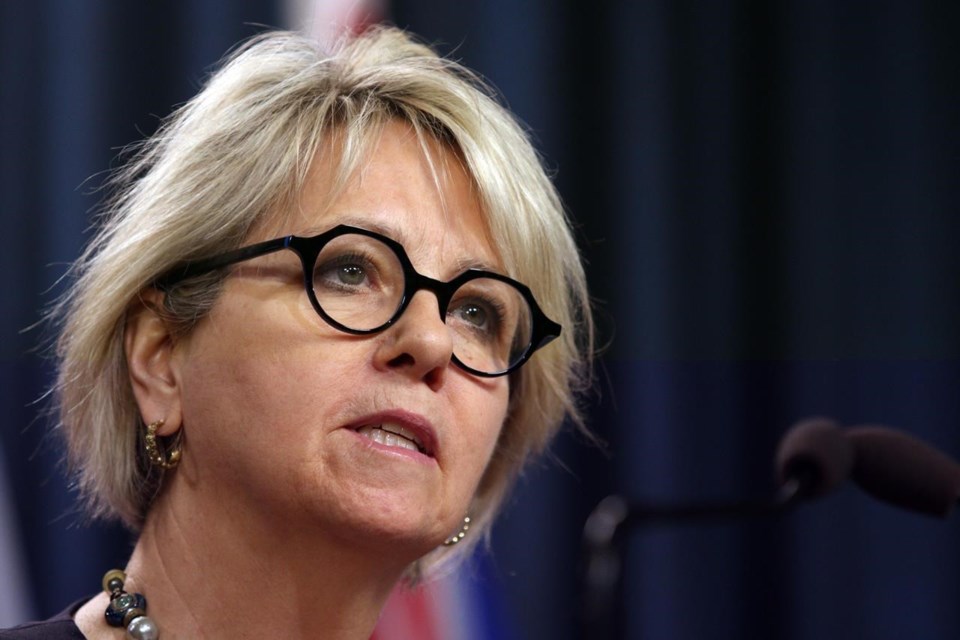 VICTORIA — British Columbia is extending the interval between the two doses of the Pfizer-BioNTech COVID-19 vaccine, the province's top doctor said Monday.

Dr. Bonnie Henry told a news briefing that further delays in the production and delivery of the vaccine over the next two weeks prompted health officials to extend the time period between the shots from 35 to 42 days.

"It's about choosing in the short term to give more people protection from dose one instead of giving some people full protection and leaving others with none," she said. "We will make up these doses and we will be providing the second dose of vaccine to everybody as soon as we possibly can."

The province had assured residents last week that it remained committed to administering second doses on Day 35 and Henry said officials learned over the weekend B.C. would receive even fewer doses than expected.

"The amounts that we were expecting to receive in the first week of February have been dramatically reduced," she said, adding B.C. officials do not yet know how many doses are set to arrive later next month.

The federal government is doing everything in its power to make sure vaccine supply gets back on track, Henry added.

Canada's National Advisory Committee on Immunization has said prolonging the wait to 42 days is acceptable in places where vaccine supply is limited and where transmission of the illness is high and health-care resources are strained. The World Health Organization has also suggested that waiting up to six weeks after the first dose is acceptable.

About 60 per cent of the more than 119,000 doses of COVID-19 vaccine administered in B.C. so far have been used to protect residents of assisted living and long-term care facilities, said Henry.

That total includes all of the facilities in the Island, Vancouver Coastal and Fraser health regions, she said, while vaccinations in long-term care in the Interior and Northern health authorities are set to wrap up this week.

Henry said the curve of the pandemic in B.C. has plateaued at around 500 cases a day, which is too many, particularly if transmission of several faster-spreading variants of the illness increases in the province.

The latest situation report posted by the B.C. Centre for Disease Control shows three confirmed cases of the COVID-19 strain first identified in South Africa and six of the variant first found in the United Kingdom.

Those diagnosed with the South African strain had neither travelled nor had contact with anyone who did, which is concerning, Henry said.

Two of the cases were in the Vancouver Coastal health region and the other was in the Fraser Health region, she said.

"Public health is doing backward contact tracing trying to determine where they may have acquired their infections."

Each case of the U.K. variant has so far been linked to travel or close contact with a traveller, with no ongoing transmission, said Henry.

The Centre for Disease Control has studied about 11,000 samples of COVID-19 in B.C. as part of ongoing efforts to find new variants, she added.

Henry appealed to residents to stay home and stop social interactions more than ever before in order to start bending the curve of the pandemic down.

Premier John Horgan also marked the one-year anniversary of the first presumptive COVID-19 case in Canada in a statement on Monday.

"While the end of the pandemic is in sight, thanks to the availability of vaccines, the threat is not over. We must remain vigilant," he said.

Horgan said the anniversary is an appropriate time to commemorate the more than 1,000 B.C. residents who have died of COVID-19 and acknowledge the sacrifices people have made to take care of others.

"Today, we recommit ourselves to protecting people's health and livelihoods from the threat of COVID-19, knowing that better days are ahead."

— By Brenna Owen in Vancouver

This report by The Canadian Press was first published Jan. 25, 2021.