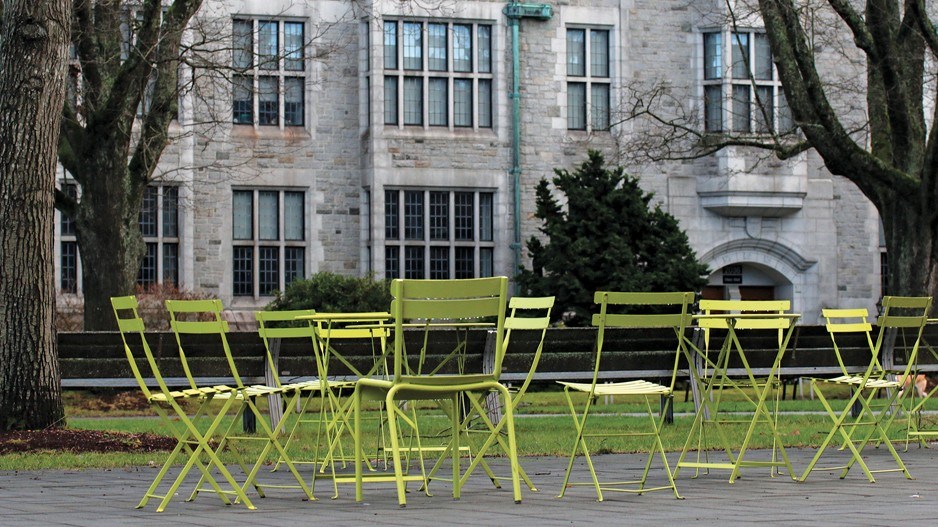 Campuses and dormitories became ghost towns. And it will continue to look that way for a few months to come. Many universities plan to continue to offer lectures mostly online until the summer.

Pandemic restrictions have had a serious impact on the budgets of some post-secondary institutions. The University of British Columbia (UBC) estimates it will have a $100 million deficit for the 2020-21 fiscal year.

Simon Fraser University (SFU) forecasts it will come up $9 million short of what it projected in its 2020 budget, but says that will not put the university into a deficit.

After UBC moved its instruction online, some students demanded a tuition reduction – something the university said it could not afford.

Some post-secondary institutions are in better financial shape than others.

Quest University Canada, a private university in Squamish, was hit with a double whammy in 2020. It started the year having to seek creditor protection after one of its loans was called in. The uncertainty over the university’s future resulted in a decline in new enrolment. And all of this was happening during a pandemic, which forced the university to send as many students home as possible and move everything online. Like many other universities, it has fixed costs but is not generating rent revenue from student residences or revenue from things like food services.

“We were already dealing with the financial crisis even before the pandemic hit,” said Jeff Warren, interim chief academic officer for Quest. “The pandemic slowed down that work considerably.”

Enrolment was hit more by the university’s financial uncertainty than by the pandemic, Warren said. In the past, the university had 150 to 250 new incoming students each year. At the end of 2020, there were fewer than 50 new students enrolled.

Quest escaped bankruptcy and underwent a restructuring after Primacorp Ventures bought the land that Quest owned. Primacorp is giving the university a long-term lease and a loan that allows the university to implement a recovery plan over the next three years. A federal wage subsidy has allowed the university to retain all of its faculty members. The university is generating some revenue by renting out its campus dormitories to TV and film crews.

Pandemic travel restrictions prevented some students from either coming to or leaving from Canada.But online instruction has helped SFU increase its international undergraduate enrolment 2.4%. UBC likewise reported enrolment up slightly for the fall of 2020.

Universities have resumed classes in the new year with remote learning, and no one seems sure about when they might resume in-class lectures.

Much depends on how many people get vaccinated in 2021 and how B.C. fares in flattening the COVID-19 curve again.

For the British Columbia Institute of Technology (BCIT), some of the trades it teaches require hands-on learning, so it has implemented a mix of online and in-class teaching. BCIT plans to continue this “blended” model of instruction at least until June 30, 2021.

As for UBC, recovering from the $100 million deficit it expects to incur will be a multi-year project. The university has implemented travel restrictions, a hiring freeze and a reduction in discretionary spending.