Vaccine deliveries to B.C. for next week have been 'dramatically reduced'
Jan 26, 2021 10:58 AM By: Tyler Orton / Business in Vancouver 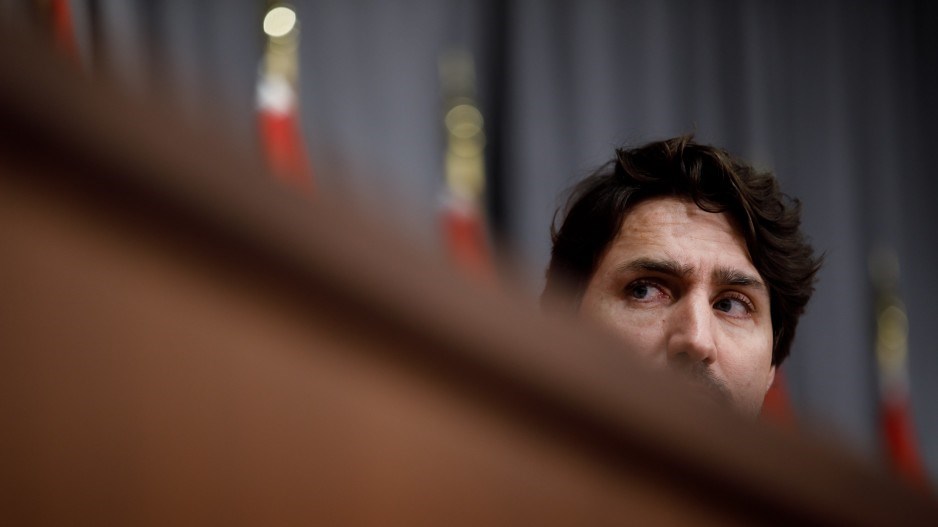 Prime Minister Justin Trudeau says that as of Feb. 15, Canada will be back in the hundreds of thousands of Pfizer doses every single week.Government of Canada

The European Union has been floating to idea of imposing export controls of vaccine produced within its member states to ensure supply for EU members is prioritized.

“We do not expect that the EU will restrict exports and our government is fully engaged to ensure that we are securing and continuing the delivery of vaccines to Canada,” Small Business, Export Promotion and International Trade Minister Mary Ng said during a Tuesday (Jan. 26) media briefing.

So far only the Pfizer Inc. and Moderna Inc. vaccines have been approved for use in Canada.

The Pfizer vaccine is produced at a facility in Belgium, an EU member state.

“I spoke to the CEO of Moderna about an hour and a half ago so the topic of the recent musings by Europe certainly came up, and it was very, very clear that the Canadian contracts that have been signed and the delivery schedule laid out will be respected,” Trudeau said during an earlier briefing when asked about the EU’s potential export controls.

Most of the Moderna vaccine is manufactured in Massachusetts and Switzerland, the latter of which is not an EU member state.

Trudeau was also pressed repeatedly by reporters earlier in the day about Canada’s overall access to vaccine deliveries.

Pfizer informed Canadian officials in mid-January it would not be sending any vaccine doses to the country this week as the pharmaceutical giant attempts to revamp its manufacturing capacity in Belgium.

And on Monday, B.C. Provincial Health Officer Dr. Bonnie Henry revealed the deliveries the province was previously expecting for next week have been “dramatically reduced.”

The B.C. government is now stretching the gap between first and second doses (both Pfizer and Moderna vaccines require two doses) from 35 days to 42 days as a result of the shortages.

Pfizer recommends 21- to 28-day gaps but Henry emphasized in early January that evidence shows that the vaccines are still effective even if that gap is extended to 42 days.

Trudeau said he’s spoken with executives at Pfizer and Moderna in recent weeks, who’ve assured him Canada is on track to receive all its promised doses by the end of March — six million.

“I can tell you that as of Feb. 15, we will be back in the hundreds of thousands of Pfizer doses every single week. In my conversation last week with the top folks at Pfizer, they assured me we are very much still on track to receiving all the promised doses,” he said.

The prime minister added that once Pfizer finishes expanding its manufacturing capacity in Europe, the current throttling of deliveries to Canada will end.

Meanwhile, the federal government unveiled a new Highly Affected Sector Credit Availability program (HASCAP) to offer low-interest (4%) loans of up to $1 million for businesses hit particularly hard by the pandemic.

“As long as a business can demonstrate a significant decrease in revenue — so at least 50% in at least three separate months — your business can qualify for HASCAP,” Ng said.