'The amount of anti-Indigenous sentiments that I’ve received in correspondence has gone through the roof.'
Apr 8, 2021 8:06 AM By: Elisia Seeber 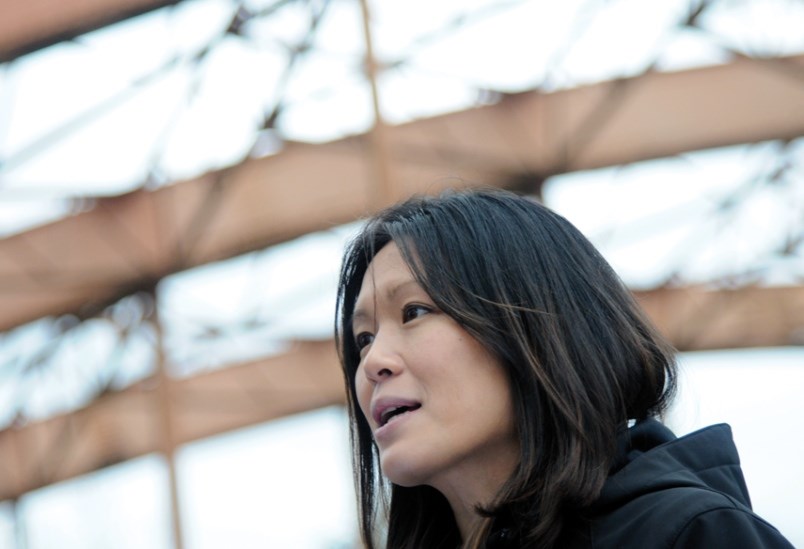 A North Shore MLA has called on the public to “help push back on misunderstanding with respect to prioritization of Indigenous people in our vaccination program” after receiving a number of emails with racist sentiments.

Bowinn Ma, MLA for North Vancouver-Lonsdale, took to Twitter Monday night (April 5) to express her feelings on anti-Indigenous correspondence regarding COVID-19 immunizations that have been mounting in her inbox.

The government has ensured at-risk populations are first in line for coronavirus vaccines, with Indigenous peoples 18 and over now able to book their appointments.

“It pains me deeply to write this, but I feel it’s important for allies of Indigenous people to know that they’re needed right now,” Ma wrote.

“Since our Government prioritized Indigenous people for vaccinations (which is both based on science and the right thing to do), the amount of anti-Indigenous sentiments that I’ve received in correspondence has gone through the roof. I do not believe that I’m the only one who is seeing this.”

She said most of the correspondence falls “somewhere in between,” adding that the underlying sentiment that seems to imply a judgement of who is and is not deserving of a vaccine is “toxic and dangerous.”

“In my four years as an MLA I’ve not felt such prolonged emotional exhaustion as a result of the emails I’ve had to respond to as what I’ve received as of late,” Ma wrote. “It’s just a tiny taste of what Indigenous peoples face every day and an indication of how much more we settlers need to do to educate each other.”

It pains me deeply to write this, but I'm noticing more and more anti-Indigenous sentiments appearing in the correspondence I'm receiving and I feel it's important for allies of Indigenous people to know how much they're needed right now. #COVID19BC #bcpoli #NorthVan pic.twitter.com/GZ4IoAGCcc

In response to the online discussion, Khelsilem, Dustin Rivers, Squamish Nation spokesperson, said he welcomed the decision of a whole-of-community vaccine approach for all Indigenous people in B.C.

"Canadian governments created a greater burden of disease among Indigenous populations because of decades of inaction and racism,” he said. “Indigenous people are a vulnerable group for severe impacts of COVID-19 because of various social determinants of health.

"The province’s approach to vaccinating all Indigenous peoples should be applauded as it prevents the worst outcomes from happening and the government not having to say sorry ten years from now for getting it wrong."

Let's talk about this...

There is a higher disease burden among Indigenous People in BC because of systemic inaction and racism.

The history of Indigenous-specific racism and discrimination in B.C.’s health-care system is addressed in the In Plain Site report.

In her Twitter post, Ma went on to explain that the prioritization of Indigenous peoples reflects advice provided by the National Advisory Committee on Immunization (NACI).

“The treatment of Indigenous peoples by Canada since colonization of these lands has led to severe inequalities in the social determinants of health for Indigenous populations,” she wrote.

“This leads Indigenous populations to be demonstrably more vulnerable to illness and disease than the general population, including COVID-19. Anti-Indigenous racism within our health care system has also made health outcomes for this population even worse. The prioritization of Indigenous peoples in the vaccine rollout recognizes this terrible reality.”

Khelsilem added that the government needed to do more to communicate the new vaccine rollout for 18+ Indigenous populations “as many still don’t know they can access the vaccine."

There are now 612 communities with vaccinations underway, for either priority groups or all adults, across Canada, according to Indigenous Services Canada. As of April 4, a total of 257,279 doses had been administered.

First Nations communities on the North Shore have had vaccinations clinics open for the past few weeks. All 614 members of the Tsleil-Waututh Nation have now received their first vaccination and more than 1,800 members of Squamish Nation have been immunized so far.

Ma asked that people push back on the misunderstanding regarding vaccine prioritization.

“It doesn’t have to be a combative conversation; make it about understanding and tie it to the health of our communities as a whole,” Ma wrote.

“The reality is that we all become safer as more and more people are vaccinated – even if it’s not inside our own bodies – so every dose in an arm is good news for all of us.”

She reminded the public that everyone would be offered their first dose of the vaccine by June, three full months ahead of the original schedule of September.

“Let’s stick together, everyone,” she said.