Unmasked man at Metropolis at Metrotown allegedly spat at another man in a McDonald's lineup
Mar 24, 2021 12:35 PM By: Cornelia Naylor 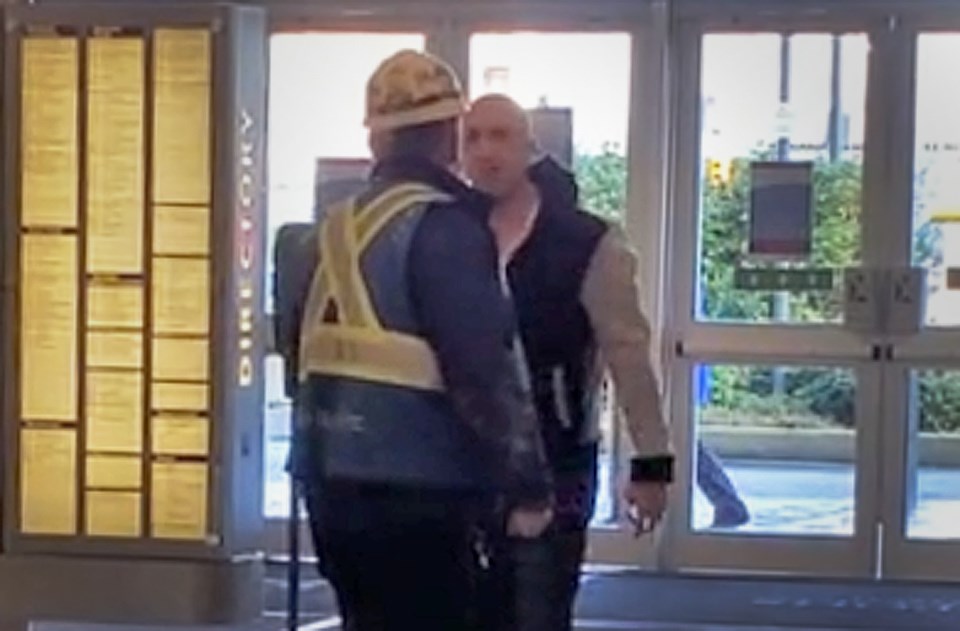 A video posted on Reddit captured an alleged spitting incident at the Metrotown mall McDonald's Monday.theunknowngoat

Police are investigating whether assault charges are warranted in the case of an unmasked man who allegedly spat in the face of another man at a Burnaby McDonald’s this week.

Officers were called to the Metropolis at Metrotown McDonald’s shortly after 11 a.m. on Monday for a report of an assault, during which a man allegedly spat in the face of another man, according to a Burnaby RCMP news release.

Mounties arrested a 48-year-old West Vancouver man and charged him under the Emergency Programs Act for failing to wear a face covering, the release said.

A video of the incident posted on Reddit shows three men standing in line at the McDonald’s inside the mall.

Two construction workers, both with masks on, stand behind another man who is not wearing a face covering.

At one point, the unmasked man turns toward one of the construction workers, and an altercation suddenly ensues.

The construction worker can later be heard telling a security guard that the unmasked man had spat at him.

Burnaby RCMP is aware of the video, according to media spokesperson Cpl. Brett Cunningham.

“Our investigators are gathering additional evidence and will determine whether assault charges are appropriate,” he said in the release.

The unmasked man was released from custody shortly after his arrest, according to Cunningham, and the investigation is ongoing.

“This incident is an example of how quickly a situation can escalate. If you encounter someone who is not abiding by the laws, please contact the police and avoid any confrontation,” Burnaby RCMP Supt. Graham De la Gorgendiere said in the release.