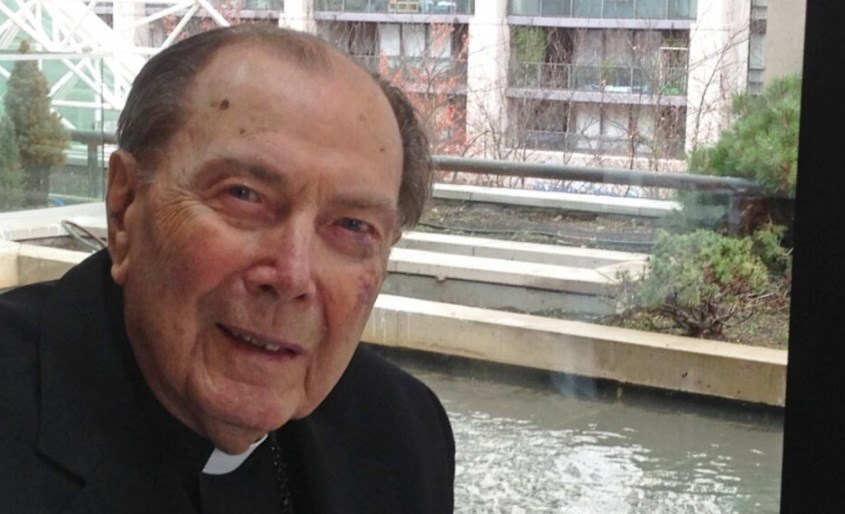 Plaintiff Mark O’Neill applied to the court to have Exner take the stand for the case in which O’Neill seeks damages for physical and sexual abuse he claims he suffered between the ages of 13 and 17 as a student at the Seminary of Christ the King in Mission between 1974 and 1978.

O’Neill alleges the office of the archbishop negligently failed to mitigate known risks posed by the other defendants and is vicariously liable for their conduct.

Exner was not archbishop until the 1990s, but O’Neill sought his evidence as a representative of the archbishop’s office.

But, said Justice Warren Milman in a recently released ruling, Exner was involved in the criminal trial of one of the defendants involved in the issue O’Neill has brought forward. That man was acquitted, he said.

“Several documents from that era, some in Archbishop Exner’s own handwriting, have been produced by the Archbishop and suggest that Archbishop Exner had at least some indirect personal involvement in possibly relevant events at that time.

The church opposed the application to have Exner, 91, testify, saying he is in poor mental and physical health.

O’Neill’s lawyer Sandra Kovacs, however, argued Exner was capable of testifying in another church sexual abuse case in 2019 even when reports said he could not.

Kovacs examined Exner in court in that case.

“I am satisfied that Archbishop Exner was generally able to answer the questions put to him, although it is clear that his memory frequently failed him,” Milman said.

Kovacs argued Exner could be examined in his home by teleconference with as many breaks as he needed.

In the previous case, a former elementary school teacher who said she was sexually assaulted by a Roman Catholic priest more than 40 years ago in Kamloops, B.C., was awarded nearly $850,000 in damages.

Justice David Crossin of the B.C. Supreme Court ruled Anderson sought comfort and solace following the death of her father from Rev. Erlindo Molon, an assistant pastor living in the rectory at the same parish.

Crossin’s decision said Molon, who was about 20 years Anderson’s senior, began a sexual relationship with her that was born of a betrayal of trust and perpetuated by an abuse of power.