Vaccines, boosters, sequencing: What we know about the fight against COVID variants

Genomic sequencing will be key in determining the prevalence of new, more transmissible variants of COVID-19 in Canada, experts say, but the process is too laborious and time-consuming to run on every positive swab.
Jan 27, 2021 1:00 AM By: The Canadian Press 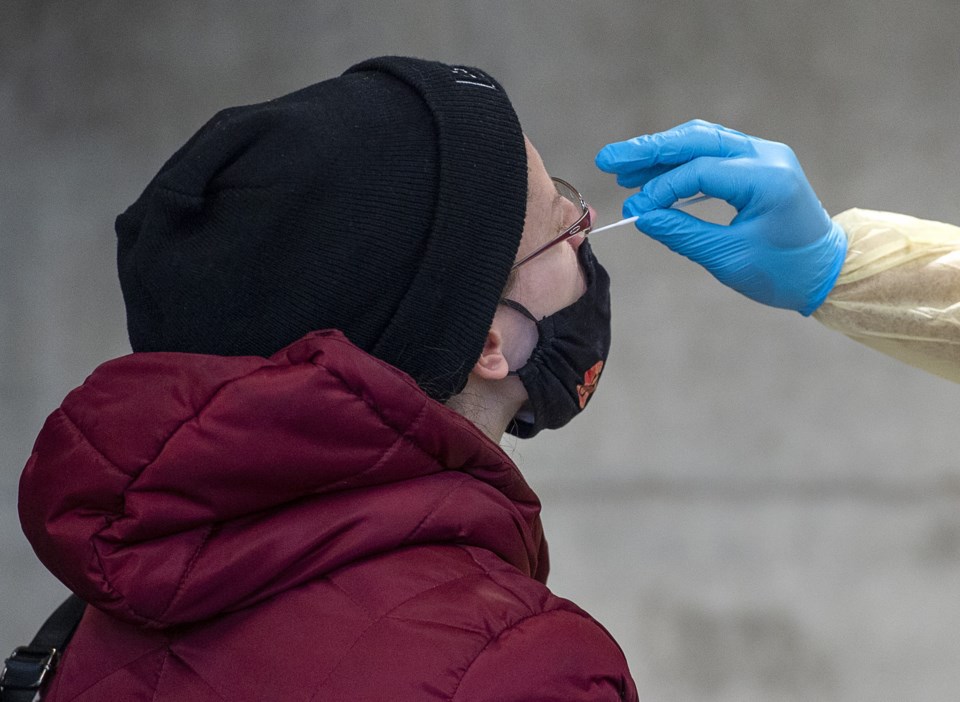 Genomic sequencing will be key in determining the prevalence of new, more transmissible variants of COVID-19 in Canada, experts say, but the process is too laborious and time-consuming to run on every positive swab.

While that means we likely can't know the exact number of cases stemming from the "variants of concern," first identified in the U.K., South Africa and Brazil, experts say genomic sequencing can unlock useful information about where and how quickly spread may be happening.

The Canadian Press spoke with microbiologists and laboratory science specialists to answer popular questions about the new variants, and what we're doing to detect them.

HOW IS GENOMIC SEQUENCING DONE?

Positive samples, typically taken from travel-related cases or those that were otherwise flagged for sequencing, are sent to a specific lab which has the equipment required to get a closer look at the virus's genetic code.

From there, a specially-trained scientist looks for mutations and changes from the main SARS-CoV-2 virus, going through the code line by line.

The process, which can take anywhere from a couple days to a full week, is tedious, expensive and requires a level of scientific equipment and knowledge only accessible in a handful of labs across the country, says Dr. Tony Mazzulli, a medical microbiologist at Public Health Ontario Laboratory.

"You need the supplies, the reagents, and you need people with the expertise who can a) do it and b) interpret the results once the test is finished," said Mazzulli, who's also the microbiologist-in-chief of the Mount Sinai Hospital.

"It's not just like a diagnostic test that is either a yes or no."

HOW OFTEN ARE WE DOING IT?

Ontario, which had 34 total known cases of the B.1.1.7 variant from the U.K. as of Monday, is undergoing a point-prevalence study in which all positive test results in the province from a single day — Jan. 20 — are being analyzed through genomic sequencing. Health Minister Christine Elliott said Ontario has analyzed 9,000 samples for the new variants and hopes to look at 1,500 every week going forward.

Public Health Ontario also says it is introducing screening tests that can look for a mutation that's found in the three concerning variants. Dr. Vanessa Allen, the chief of microbiology at the Public Health Ontario Lab, said in a press conference Monday the new tests will help identify "high-risk samples," that will then be sent to labs for sequencing.

Mazzulli says some of Canada's standard PCR tests can also pick up a hint — known as the S-gene dropout — that the sample should be sequenced.

PCR tests give us a yes or no answer as to whether a person is infected, but they also look for specific genes in the virus, Mazzulli explained. If the S gene, which has the mutation, is missing from the diagnostic, that's an indication the sample should be sent in for further sequencing.

Mazzulli also says Ontario is building capacity and developing further criteria for samples that should be sequenced, including those from outbreaks where a group of cases are associated with each other.

In B.C., where according to data released Monday there have been three confirmed cases South Africa variant and six cases of the U.K. variant, top doctor Bonnie Henry said the province is working on strategies to see where it can target genomic sequencing to better understand changes and variants circulating in the community.

About 9,500 quality sequences have been performed in the province since February, which amounts to sampling approximately 15 per cent of cases, according to the BC Centre for Disease Control.

WHY CAN'T WE SEQUENCE EVERY POSITIVE COVID TEST WE GET?

Joel Rivero, field application system specialist who helps set up molecular and immunodiagnostic tests at labs across Canada, says that boils down to capacity and lab resources.

While sequencing every sample is ideal to get a full picture, Rivero says that probably wouldn't get you the best "return on investment."

Since most variant cases are still travel-related, it's best to concentrate efforts there, he says, in hopes of catching those quickly to limit spread.

"We want to make sure there's a fine balance between your resource management and what makes the most sense to help identify and protect public health."

Rivero adds that the COVID treatment plan and contact tracing efforts remain the same whether the patient has "a variant strain or the quote-unquote regular strain."

"Everyone will still have to isolate whether they have the variant or not," he said.

Dr. Samira Mubareka, a microbiologist and clinical scientist at Sunnybrook Health Sciences Centre, says part of the importance of genome sequencing is in understanding which mutations are showing up and figuring out what they do.

And that can have potential implications on vaccines and other treatments.

Mubareka and other experts say they're hopeful current vaccines from Pfizer-BioNTech and Moderna will still work against the variant strains — at least to some extent.

"It's really unlikely to go from 95 per cent effectiveness of a vaccine to zero," she said, adding however that there may be some reduction of effectiveness against the variants.

"But from what I understand from preliminary data, it's still anticipated to be above what would be protective at this stage."

Mubareka says the emergence of the new variants means vaccines currently being developed will need to be tested against the latest strains rather than older versions to properly measure efficacy.

Some of our established vaccines could need updates down the line. Moderna announced Monday it was planning to test booster vaccines aimed at the B.1.351 variant first found in South Africa, noting the current formula had a six-fold reduction in the effectiveness of its neutralizing antibodies. Despite the reduction, the company says those levels are still believed to offer protection.

The nature of mRNA technology, which Pfizer-BioNtech and Moderna both use in their vaccines, is that an updated shot with a new target could theoretically be made quickly, if needed.

However, Mubareka says any new vaccine would presumably need to go through a review process and trials to determine safety and efficacy. So updated inoculations won't be popping up overnight.

WHAT DO THE NEW VARIANTS MEAN FROM A PUBLIC HEALTH STANDPOINT?

As of right now, public health measures aimed at curbing the spread of our current dominant strain — physical distancing, hand-washing, mask-wearing — will work to fend off these variants.

Travel takes on greater significance with the more transmissible versions of the virus, however, with some experts calling for further restrictions and more strict enforcement of the mandatory 14-day quarantine period for anyone coming into the country.

COVID projections from Caroline Colijn, a mathematician and epidemiologist with Simon Fraser University, show a potentially grim picture for the next few months, with a skyrocketing spring wave fuelled by community spread of more contagious variants.

But if the variants aren't yet firmly established here, we have time to prevent that flagrant spread, she says.

"If we can push that peak out to September, we may be able to avert it if most of us are vaccinated by then."

Mubareka cautions, however, that new variants will continue to arise as long as the virus is spreading. So limiting contacts and abiding by other public health measures is important in making sure we don't get a series of strains that could slip past our mitigation strategies.

"We play an important part in preventing the likelihood that we will become a vector for one of these variants," she said. "Every time one of these viruses passes through a host, it provides an opportunity not just for spread, but also for adaptation."

This report by The Canadian Press was first published Jan. 27, 2021.