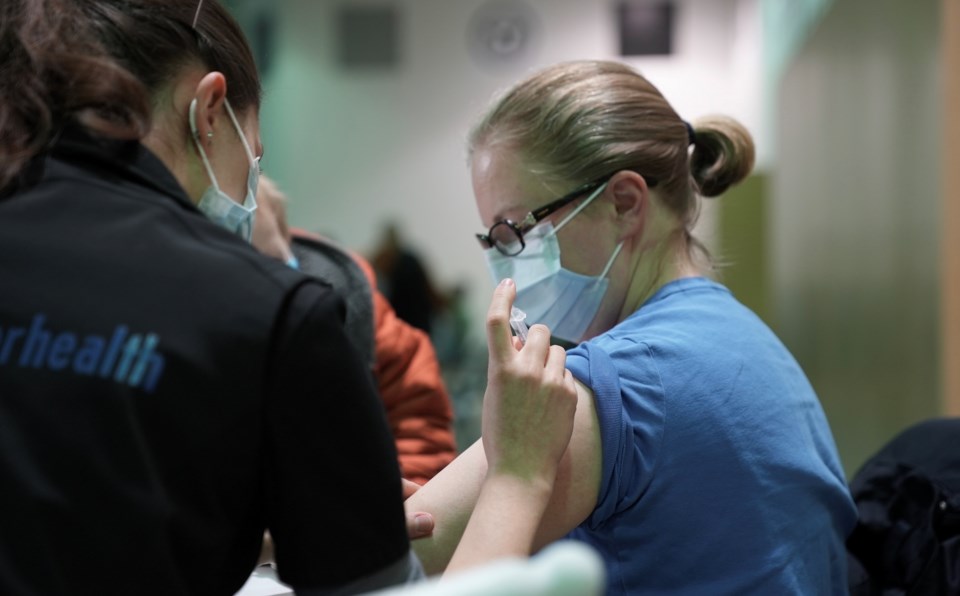 Serious COVID-19 infections in B.C. continue to be on the wane, as more people get vaccinated and the infection rate stays low.

B.C. health officials today counted 49 people in B.C. hospitals with the disease that spawned a global pandemic. That is 11 fewer than the total released on Friday, and the lowest total since September 10, when officials said there were 42 such people.

Of those hospitalized, there remain a net total of 12 who are in intensive care units (ICU). That number has stayed steady, at 12, since July 14, when the province counted 11 people in ICU with COVID-19.

Sadly, two people passed away from COVID-19 during the weekend, raising the province's death toll from the pandemic to 1,763. One of those deaths was in the Fraser Health region, while the other was in the Vancouver Coastal Health region. Ages for those who passed away was not immediately available.

More than 98.3%, or 146,062, of the 148,487 people known to have contracted COVID-19 in B.C. are considered by the province to have recovered because they have gone 10 days after first feeling symptoms, and are therefore thought to not be infectious.

Provincial officials know of 653 people actively battling infections, and the vast majority of those have been told to self-isolate.

Health officials administered 168,660 doses of vaccine in the past 24 hours, including 168,545 to British Columbians, with the others to people who normally do not live in B.C.

Another 15,232 British Columbians received first jabs of vaccine over the weekend, while 153,313 others received needed second doses.

A total of 7,284 doses of vaccine have been provided in B.C. to either people who normally do not live in B.C., or to British Columbians who have since died, according to provincial data.

One new outbreak at a healthcare facility is at the long-term care centre Holyrood Manor in Fraser Health.

The outbreak at Laurel Place at Surrey Memorial Hospital remains active. Those are the only active outbreaks at B.C. healthcare facilities.

YVR no longer separates passengers based on COVID-19 vaccination status
Jul 30, 2021 11:30 AM
Comments