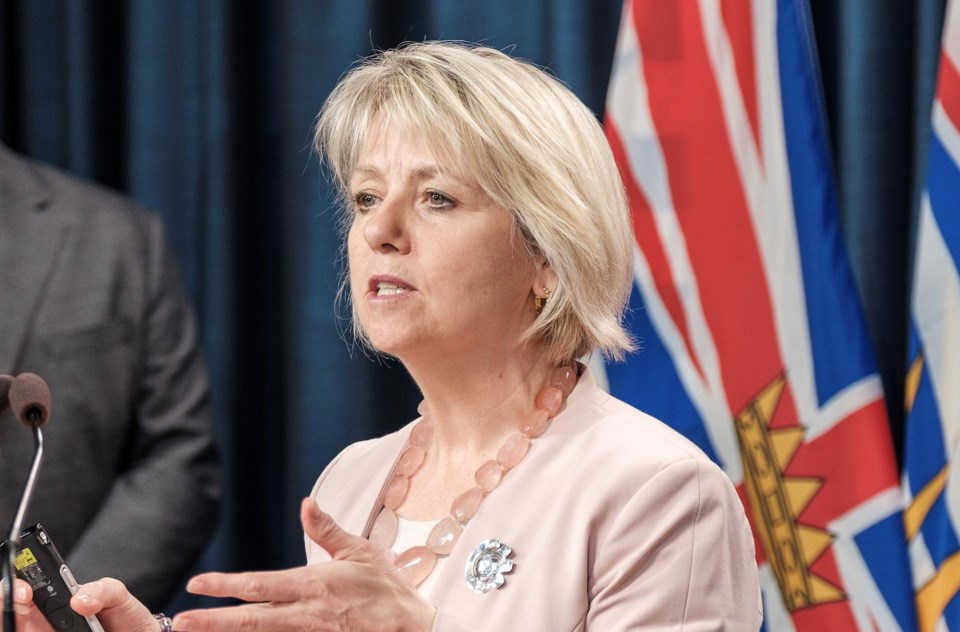 B.C.'s high level of new cases of COVID-19 identified on a daily basis continues to be high, as 832 more people tested positive for the virus in the past day, provincial health officer Bonnie Henry said April 1.

There are 296 people in hospital with the virus, and 79 of those are in intensive care units.

Health Minister Adrian Dix said that in Fraser Health and Northern Health "we see real pressures in our hospitals." In the past, he had been more reassuring, by referring to how much the province's hospital-bed-occupancy rate was significantly below what it was in 2019.

Henry said that 31,526 people were vaccinated in the past day, which is 329 less than the record of 31,855 recorded on March 31. There were also 43 people who received needed second doses in the past day.

"Everyone is going to get access to their first dose, by the end of June," Dix said, referring to the approximately 4.3 million eligible British Columbians.

When asked about the spread of variant strains of the virus at the press conference, Henry said that genome sequencing to test for the variants is only done "periodically," during the week. As such, no testing was done for one day.

Health officials are closely monitoring around 11,600 people for infections because they have had known exposure to identified cases.

People aged 72 and and older, Indigenous peoples 18 and over, and individuals who are clinically extremely vulnerable and have received a letter identifying them as such, can book appointments to get vaccinated.

The current supply of AstraZeneca/COVISHIELD vaccine has also been made available to people between the ages of 55-65 in the Lower Mainland - our highest transmission area.

"Starting today, long-term care and assisted-living residents across the province can see their family and friends and can leave their home without needing to self-isolate on their return," Henry and Dix said in a late afternoon joint statement. "We recognize and thank you for the sacrifices you and your families have made over the past year."