AP wins 2 Pulitzers for photos of pandemic pain, US unrest

Associated Press photographers awarded the Pulitzer Prize on Friday had dodged tear gas to capture protests against racial injustice and patiently built trust with elderly people to empathetically document the toll of the coronavirus pandemic.
Jun 11, 2021 3:07 PM By: Canadian Press 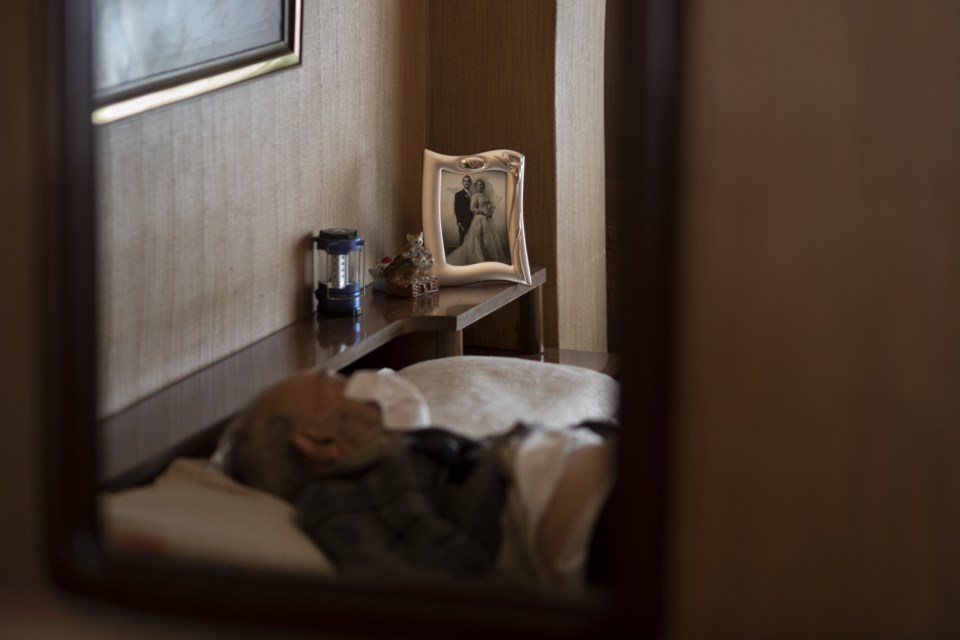 Associated Press photographers awarded the Pulitzer Prize on Friday had dodged tear gas to capture protests against racial injustice and patiently built trust with elderly people to empathetically document the toll of the coronavirus pandemic.

“The outstanding work of the AP photography staff in covering racial justice protests and Emilio Morenatti’s compassionate, yearlong look at the impact of COVID-19 on the elderly in Spain are two shining examples of what photojournalists strive to do everywhere: use light and shadow to bring knowledge and understanding to all corners of the globe,” said J. David Ake, AP assistant managing editor and director of photography.

Traveling by scooter around Barcelona, Morenatti captured images of an older couple hugging and kissing through a plastic sheet, mortuary workers in hazmat gear removing bodies and of people enduring the crisis in isolation.

Morenatti separated himself from his family for months to avoid the risk of exposure as he documented the toll of COVID-19 on the elderly. He credited half the award to his wife, who took care of their children, and the other half to his colleagues.

“I never thought that I could win the Pulitzer, actually, but much less than I could win at using my electric scooter around a few dozen kilometers from my house in Barcelona,” he said.

Morenatti is a veteran photographer with wide experience in war zones. He was embedded with the U.S. military in southern Afghanistan in August 2009 when the vehicle he was in was hit by a roadside bomb. His left leg was amputated below the knee.

The AP photographers who won in the breaking news category captured the drama and raw emotion of protests that roiled U.S. cities after the May 2020 death of George Floyd, a Black man murdered by a Minneapolis police officer.

AP photographers captured close-up images of demonstrators with fists in the air and sometimes violent conflicts with police. One widely published photograph by Julio Cortez on the night of May 28 in riot-torn Minneapolis shows a lone, silhouetted protester running with an upside-down American flag past a burning liquor store.

“It means the world to me to share this with my colleagues,” Minchillo said on Twitter. “I hoped for one Pulitzer in a lifetime of hustling and this is how I wanted it. With my people, on the big story.”

The AP also had two Pulitzer finalists in the investigative reporting category and an additional finalist for breaking news photography.

The AP’s two finalists in the investigative reporting category were for “Fruits of Labor,” a series by reporters Margie Mason and Robin McDowell that exposed widespread abuse in the lucrative palm oil industry, and for reporter Dake Kang and AP staff's reporting on China’s early mishandling of the coronavirus and human rights violations against the Uyghurs.

AP's Hassan Ammar, Felipe Dana and Hussein Malla were finalists in the breaking news photography for images of the immediate aftermath of the port explosion that leveled part of Beirut.

This is the second year in a row AP has won the Pulitzer for feature photography. AP last won both photography prizes in 1999.

The news cooperative, which is celebrating its 175th anniversary this year, has won 56 Pulitzer Prizes, including 34 for photography.