NEW YORK — The Associated Press won two Pulitzer Prizes in photography Friday for its coverage of the racial injustice protests and the coronavirus’s terrible toll on the elderly, while The New York Times received the public service award for its det
Jun 11, 2021 1:38 PM By: Canadian Press 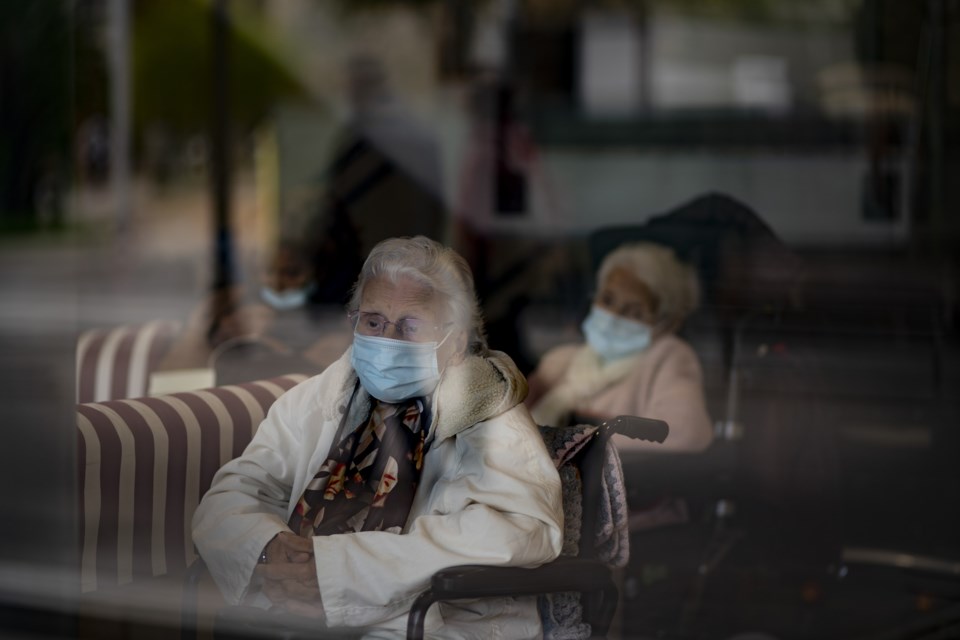 NEW YORK — The Associated Press won two Pulitzer Prizes in photography Friday for its coverage of the racial injustice protests and the coronavirus’s terrible toll on the elderly, while The New York Times received the public service award for its detailed, data-filled reporting on the pandemic.

In a year dominated by COVID-19 and furious debate over race and policing, the Star Tribune of Minneapolis won the breaking news reporting prize for its coverage of George Floyd's murder and its aftermath, while Darnella Frazier — the teenager who recorded the killing on a cellphone — received a special citation.

Frazier's award was intended to highlight “the crucial role of citizens in journalists’ quest for truth and justice,” the Pulitzer Board said.

The AP and The New York Times each won two Pulitzers, the most prestigious prize in journalism, first awarded in 1917.

The feature photography prize went to AP’s chief photographer in Spain, Emilio Morenatti, who captured haunting images of an older couple embracing through a plastic sheet, mortuary workers in hazmat gear removing bodies, and people enduring the crisis in isolation.

The breaking news photography prize was shared by 10 AP photographers for their coverage of the protests set off by Floyd's killing. One widely published photograph by Julio Cortez on the night of May 28 in riot-torn Minneapolis showed a lone, silhouetted protester running with an upside-down American flag past a burning liquor store.

“Everybody, not just myself, has given up something to go cover this stuff,” Cortez said. “To be an illegal immigrant kid who now has a piece of the AP history is just insane. I’m just super proud of everyone’s work.”

AP President and CEO Gary Pruitt said the two prizes are a "true testament to the talent and dedication of AP photojournalists.” He added: “These photographers told the stories of the year through remarkable and unforgettable images that resonated around the world.”

The New York Times received its public service prize for pandemic coverage that the judges said was “courageous, prescient and sweeping" and “filled a data vacuum” that helped better prepare the public. Wesley Morris of the Times won for criticism, for his writing on the intersection of race and culture.

Similarly, the prize for commentary went to Michael Paul Williams of the Richmond Times-Dispatch in Virginia for a series of columns on dismantling Confederate monuments in Richmond following Floyd’s death.

And Star Tribune journalists were honored for covering the rage in Minneapolis, where protesters burned buildings, including a police station, in the wake of Floyd’s death. The Black man died after a white Minneapolis police officer pinned him to the ground with his knee on Floyd's neck for up to 9 1/2 minutes. The officer was later convicted of murder.

“Our staff poured its heart and soul into covering this story. It has been such a traumatic and tragic time for our community,” Star Tribune Editor Rene Sanchez said in a statement. “We felt that our journalism had to capture the full truth and depth of this pain and the many questions it renewed about Minnesota and the country.”

Prizes for explanatory reporting went to two recipients. Ed Yong of The Atlantic won for a series of deeply reported articles about the pandemic. Andrew Chung, Lawrence Hurley, Andrea Januta, Jaimi Dowdell and Jackie Botts of Reuters were honored for a look at the legal concept of qualified immunity and how it shields police from prosecution.

Two prizes for feature writing were also awarded. Nadja Drost won for her freelance piece on global migration in The California Sunday Magazine, which suspended publication late last year. And freelance contributor Mitchell S. Jackson won for an account in Runner's World on the killing of Ahmaud Arbery, a Black man who was chased down and shot while jogging in Georgia.

The national reporting prize went to the staffs of The Marshall Project, AL.com, IndyStar and the Invisible Institute for an investigation into attacks on people by police K-9 units around the country.

BuzzFeed News won its first Pulitzer, in international reporting, for a series by Megha Rajagopalan, Alison Killing and Christo Buschek on the infrastructure built by the Chinese government for the mass detention of Muslims.

Also, BuzzFeed News and the International Consortium of Journalists were finalists in that category for an expose on the global banking industry’s role in money laundering. A former U.S. Treasury Department employee was sentenced to six months in prison this month for leaking the trove of confidential financial reports that served as the basis for the series.

McCarthy, the editor on the series, said the Globe “quickly found that this kind of tragedy had been happening year after year for decades. The problems were in plain sight but had never been addressed.”

The winner of the public service Pulitzer is honored with a gold medal. The awards in the other categories carry a prize of $15,000 each. The prizes are administered by Columbia University.