2020: the summer that got postponed but not forgotten 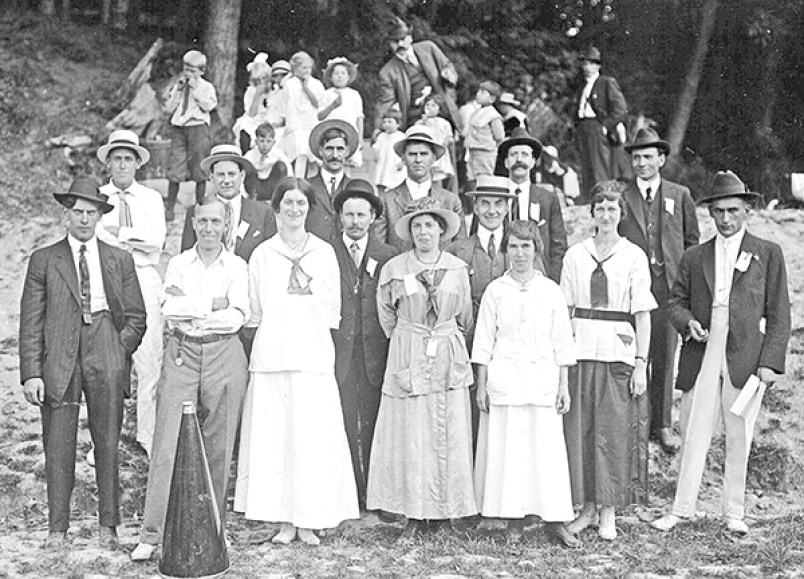 In 2020 we were going to celebrate the tradition of picnicking on Bowen Island and  the hundredth anniversary of the Union Steamship Company’s (USSC) association with Bowen Island. Unfortunately all our plans had to be postponed, but if you want to learn more:

This year’s Bowen Island Phone Book gold pages had a wonderful write up regarding the 100th anniversary of the Union Steamship Company’s association with the island. USSC and their many vessels plied the coast of B.C. delivering mail, people and provisions. They were the lifeblood of the tiny hamlets, outports, fishing villages and logging camps dotting the entire coastline from Vancouver to Alaska.

The USSC had a different relationship with Bowen Island due to the proximity of the ever-growing Vancouver. In 1920, USSC bought Captain Cates Company, which comprised of 1,000 acres on Bowen and two large steamships. Captain Cates had already established Bowen as a tourist day trip destination, and the Union took it to the next level. During the Union heyday Bowen would see large steamships carrying picnickers, day-trippers, booze cruisers in the thousands visiting our shores every summer. This continued through the 1920s, ’30 and ’40s, right up till the early ’50s when with the advent of highways, plane travel and car ferries, the golden age of steamship travel came to an end when the ships aged out and were retired.

My family and I arrived on Bowen in the early ’50s when the USSC was winding down. We came before the Blackball ferry took over the route that the little passenger ferries called the Sannies traversed from Horseshoe Bay to Snug Cove 10 to 12 times a day.

My father’s first job on island was a Sannie captain. We witnessed the end of the Union, when the beautiful hotel was torn down, the putting greens and clay tennis courts, the large picnic grounds where so many visiting groups and companies from Vancouver spent idyllic summer gatherings were left to return to nature .

The Union did leave us with “the Old General Store” which is now the site of our wonderful public library but we had to fight to retain the building and to lift it and move it back from the road when it was widened...but that is another story.The island was also able to retain and restore a few of the once over 200 little cottages that dotted the 1000-acre estate.

The remaining cottages (once known as the pink cottages) situated in and amongst the Davies Orchard are all that remain of the one of the largest resorts in Western Canada. In an ongoing effort to save the lovely little cottages the Bowen Island Heritage and Preservation Society was formed over 25 years ago with the indomitable Judi Gedye at the helm. In a race against weather deterioration, politics, money and time, the efforts to preserve, activate and celebrate our local heritage carries on, with Metro parks as a partner and the host of the cottages in Crippen Park, nestled in the Cove.

This year the Bowen Island Heritage Preservation Association (BIHPA) board was looking forward to hosting an Old Time picnic, author weekends ,artist gatherings and a host of events to celebrate the Island as it once was but as we all know the world came to a standstill in March and we had to put all our plans on hold.

We were sorry to miss out on our Apple Blossom ceremony usually held in late spring to honour the heritage apple trees, many of which are 133 years old and include varieties that are even older, which are comprise The Davies Orchard in the Cove (it used to stretch all the way to Lenora Road) and to recognize we have on our board Arthur Davies from the original Davies family that planted the orchard.

We have not been able to open the charming little museum and exhibition cottage for tours due to space but there might be hope to hold a different type of Applefest close to Thanksgiving if all goes well. Stay tuned for more details, and please contact us if you are interested in helping to harvest and process apples or to make piesor are interested in joining in our conversations about what we can do in the future to keep our connections to the past alive.

Even with the changing times we still hold hope that in the future we will be able to revive our plans and traditions, or to adapt and continue to recognize and celebrate and keep alive the memory of long-gone days of Bowen and ensure that the wonderful heritage of this island and all the stories that go with it are not forgotten.