After a cancer diagnosis and losing her daughter, Joanne Raymont had to find a way forward – this is how SwimBowen helped her

How the SwimBowen Cancer Care Fund helped Joanne Raymont after a year of illness and loss
Dec 11, 2020 6:30 AM By: Meribeth Deen / SwimBowen 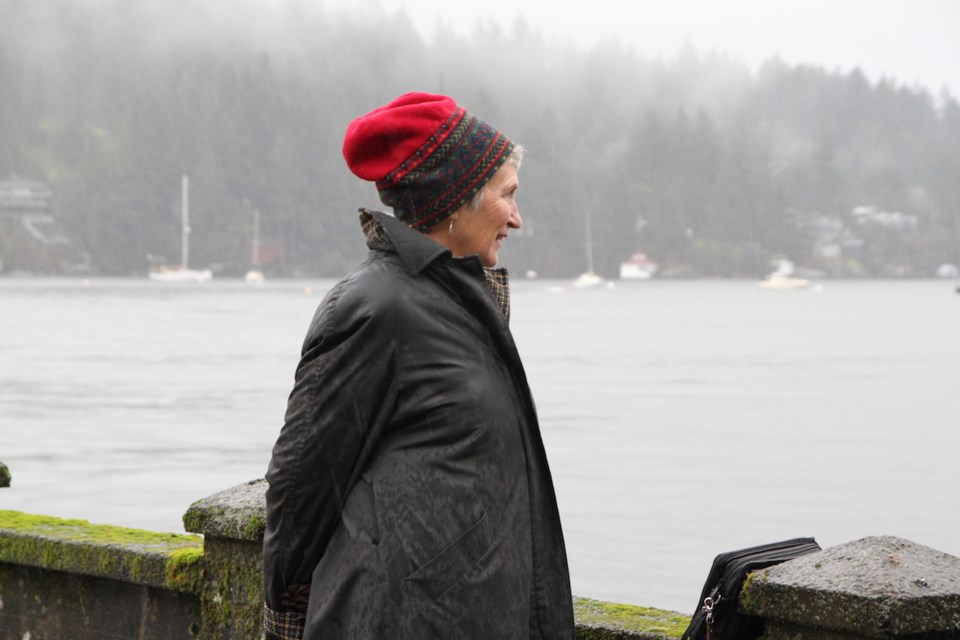 These days Joanne Raymont walks every day, and takes the time to appreciate the beauty of the world around her. (Photo: Meribeth Deen)

What does the world look like after you’ve been hit with cancer, the loss of a child, and the literal disintegration of your spine all within the span of a few months?

“There’s no such thing as rock-bottom, things can always get worse,” says Joanne Raymont. “But if you keep looking for beauty you will find it. When you do, it probably won’t look the way you expect it to, but it’s there.”

In July of 2019, she was diagnosed with cancer. In November, while awaiting treatment, she lost her 22-year-old daughter, Shilanne. Her chemotherapy treatments followed and when they wrapped up, Joanne found out osteoporosis left her with seven compression fractures in her spine. By winter, she says her days were filled with  crippling physical and emotional pain.

“I asked my doctors how I could’ve broken the bones in my back and they said it might have been coughing or bending over, so I decided to stop moving. Even sitting still, it just hurt all the time. I didn’t have the psychological strength to move at all, and I just got weaker and weaker and started to dissolve,” recalls Joanne. “I could easily spend a whole day just looking out the window and trying to wrap my head around what had happened to the world. It offended me that the sun kept rising and the moon kept rising and the wind kept blowing. How could the world keep turning without Shilanne in it? But it did.”

While her friends had already shown her more support and love than she says she could’ve ever imagined, they encouraged her to ask for more.

“A girlfriend of mine told me, ‘you know, there’s this cancer fund,’ and I said, ‘oh yeah, yeah, right.’ I didn’t really think I needed it so I just disregarded that,” explains Joanne. “Then a second girlfriend said, ‘you know that SwimBowen Cancer Fund has money there?’ A week later she came back to me again and said: you’ve got to apply for this, that’s what it is there for.”

Much to her surprise, the application process did not come with endless paperwork and bureaucracy.

“I didn’t have to know anybody. It was completely anonymous, and the money was there because I needed it,” she says. “I went and got the form, and the next thing I knew the cheque was in the mail.”

The money came in February, and by that time she knew it was critical to get the kind of help that her friends couldn’t give her.

“I knew that on an emotional level, I could end up going off the deep-end. So counselling was what I chose to spend that money on right away,” she says. “Having a professional to talk to about what I was going through helped me feel like I could get my feet on some kind of ground, and that everything I was feeling was pretty normal.”

The receipt of financial support from total strangers had another important effect on Joanne.

“I had been so desolate, so uncertain of what the point of this world was. To have complete strangers just providing services for me like that restored my faith,” she says. “The world that I thought existed just plain didn’t, so what I had to do was build a new concept of what the world was all about. Support from SwimBowen and selfless altruism of other people was pretty much the first ingredient. It turned my life around.”

While her world no longer felt safe, Joanne could now see that love still existed in it.

“For a while, my only reason for moving forward was thinking about my daughter’s bravery and her compassion for others. I knew she wouldn’t want me to give up, and that got me through from day to day, from morning to afternoon,” she says. “But to see that reflected in other people, even though my daughter was gone – that restored my faith. That’s where the SwimBowen fund made a huge difference for me. I hope that going forward, I can be a part of giving it back.”

Note: SwimBowen prioritizes the privacy of all fund recipients and ensures their anonymity. This recipient chose to tell her story publicly.