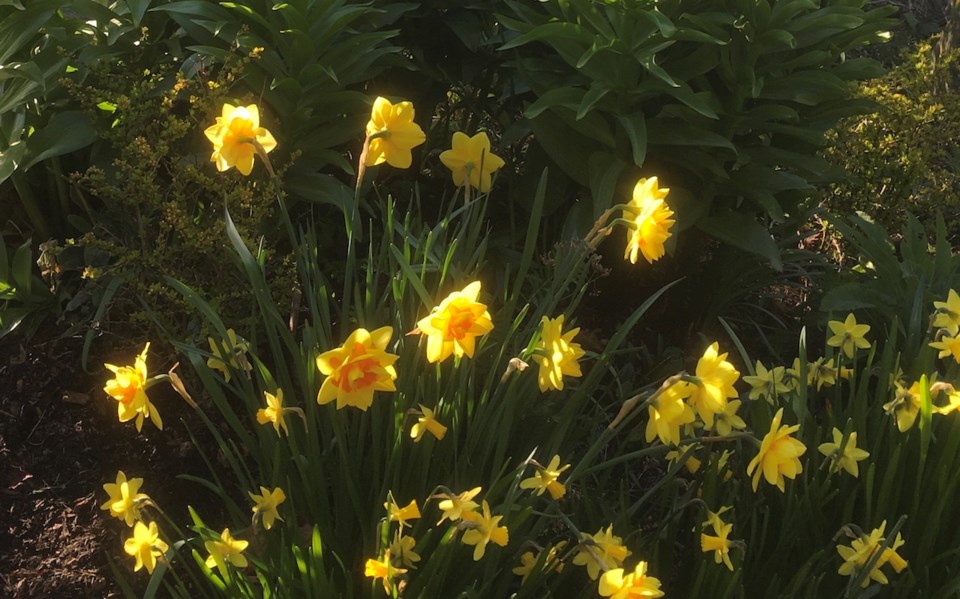 Daffodils like these will be waiting to emerge come spring.Photo courtesy of Katherine Lawrence

In the long, likely sunless, months ahead, islanders can look forward to a ray of 500 daffodils streaming toward the Knick Knack Nook next spring.

The daffodils and a new memorial garden at the nook are in honour of several volunteers dedicated to local reuse-it store who have died in recent years. Islanders like Bowen fashion icon Angie McCulloch, the so-called “queen of the nook,” who died last year.

“We’ve lost so many people,” said nook volunteer and garden organizer Katherine Lawrence. “We felt that we should not forget them and this was a reminder.”

The nook dug in for about 30 deer-resistant plants and 100 daffodils and the Bowen Island Garden Club and Bowen Island Memorial Garden Society are each contributing about 200 daffodils.

“Many volunteers have helped to shovel dirt, haul stones, dig holes to kick in plants, and spread mulch to overwinter the new plantings. The latter will provide protection against soil erosion and  frost damage,” said Lawrence in an email. “Once again a Nook project has become a community project with generous  contributions from a lot of people.”

And it’s not just islanders contributing. When the nook volunteers visited Linnea Nurseries to purchase the plants, touched by the initiative, the nursery gave them a discount on the commemorative plants.

As the days turn dark and cold, islanders can imagine the rooting daffodil bulbs waiting to spring alive in a few months’ time.