Who are streets named after? Who is left out? Who decides on the names of a street?
Feb 19, 2021 5:55 PM By: Catherine Bayly / Bowen Island Museum & Archives 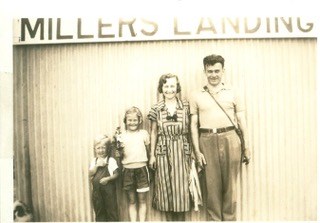 What’s in a name?

The 2021 Heritage Week (Feb. 15 to 21) theme is “Where do you find heritage?” We often look for heritage in a place or landscape but the Bowen Island Museum & Archives is looking at street signs to discover and uncover the history and heritage of our island. Clues to the history of an area often comes from street names. Some of the names are obvious - Beach Drive, Sawmill Lane, Adams Road - but others need a bit of sleuthing to uncover their history.

A quick glance at the street names on Bowen reveal that 53 streets are named after people, 41 have geographic references, nine have ship or nautical references and 20 signs include flora and fauna. We know that James Bowen was assigned to survey the coastal waters of the southern mainland and named Mount Gardner, Hood Point, Cape Roger Curtis and Collingwood Channel after naval officers in the 1860s. We also know that First Nations’ names for the island never became part of the naming process - maybe the new welcoming Nexwlélexwm sign in the Cove indicates changes to come.

The Nexwlélexwm sign greets those disembarking from the ferry as of June 2020.  Courtesy of Bowen Island Museum & Archives

Who are streets named after? Who is left out? Who decides on the names of a street? Do the names of streets represent a one-sided version of history? Who or what would you like to see included in future signs?

We are embarking on a new project this year to record as many of these histories as possible. Follow us on our Facebook and Twitter this week as we explore the street names of Bowen. What do you know about the street, road or lane you are living on? Let us know! Please send photos of your street sign, street scenes, people and information to bihistorians@telus.net.