For the past eight years our Grade 9 students have chosen to support Covenant House for their community service project. Each year students fundraise towards Sleep Out: Student Edition – they sleep outside for one night, so vulnerable youth don’t have to.

In those eight years our students have raised over $75,000 for Covenant House to support housing, counselling, programming and food. This is the most any school in Vancouver has ever raised! We even got a shout out from actor Ryan Reynolds last year for the students’ incredible success!

This year, on March 30, 2022 our Grade 9s were involved in an entire afternoon, evening and the following morning of programming to bring awareness of what it might be like to be homeless and the factors that contribute to it.

A brief history of our Covenant House relationship, taken from an interview with Jennifer Henrichsen

Back in 2015, we asked the Grade 9s what they wanted to do for their community service project. In the beginning they said they wanted to go to the Downtown Eastside and give out sandwiches. I said “That’s a good start, but you give a man a fish and he eats for a day, you give him a rod and he eats for a lifetime”. So I said “How are you going to make a difference for more than just a day and a full belly?”

We decided to approach Covenant House, and we had our first Sleep Out: Student Edition. Covenant House had done the “Executive Edition” for some years, but they were just starting their youth program. Jessica Slater, (Bowen Island Community School Principal Scott Slater’s wife), works there. I called and said, “I’m calling from Island Pacific School (IPS) on Bowen Island”, and she said “I live on Bowen Island!”

Jessica came in and we organized the whole project, where the Grade 9 class has an immersive experience downtown. They get their last food on the ferry at noon and they go to Covenant House downtown and volunteer their time to sort clothes.

This is all they can do because of privacy issues. They work for three hours or so. I then give them a toonie for dinner and they have to find $2 worth of food, or pickup whatever they find on the ground, but they can’t busk or beg.

There are groups of three kids with one teacher and we walk around — it’s March in the rain. Everybody knows where the cheapest food is and it’s actually at Costco. You can get a jumbo hot dog and a refillable drink for under $2. It’s amazing because when we debriefed this I asked “who did you see down there?” They talked about a family feeding their whole family for less than $2 each, drinking pop. You can tell there are a fair amount of down and out people at the Costco concession.

Some pooled their money, got a loaf of bread and a jar of Nutella and they just ate Nutella sandwiches all night. $2 is all the money they had. By the time they walked back up the hill to IPS and set up their beds behind the school, they’re cold, they’re wet, they’re hungry and they’re tired. Then we have a fire and we debrief. We sleep out on the gravel and then the next morning they reflect on their experience in a quiet moment before I feed them a pancake breakfast. 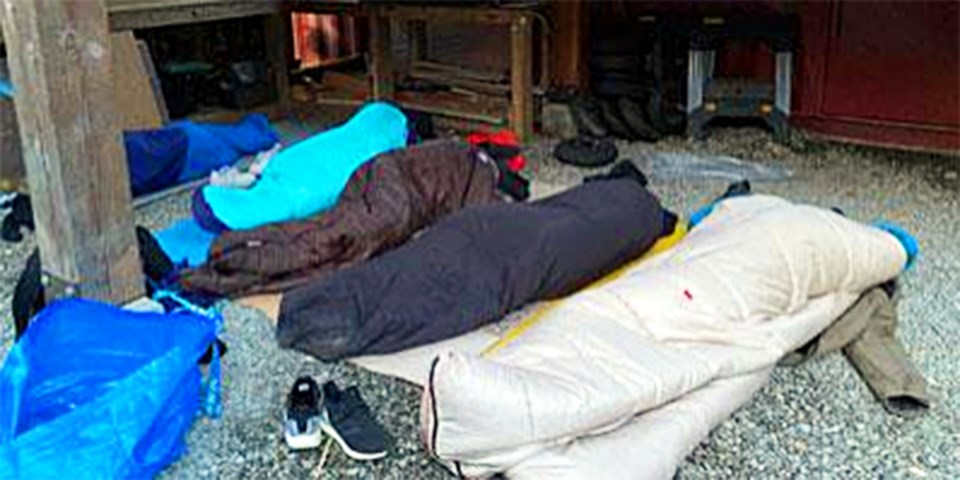 To a certain degree it’s like being downtown, this is the thing that we talk about with Jessica. There’s a huge percentage of kids couch surfing, they’ve been kicked out of their own house, they’re still trying to get through school, they’re the uncounted homeless. In the youth department of course there’s a lot of girls that are uncounted because they are not allowed on the street because their pimp has them. It’s all sort of hard knocks. I don’t think our kids are super sheltered, but to a certain degree they are. I think our parents are quite aware of how privileged they are and there’s a lot of talk within homes.

"No kid wants to live on the street— it’s either an addiction problem or a mental health problem and they simply have no support and no choices.”

We talk about the kids that might be on the street beforehand, I want the empathy to be there already as to why people would be down there. So when the Covenant House representative comes to Bowen and they talk to the students on a Wednesday, we sit and talk and brainstorm. We look at crisis lines and we talk about where to find help if you need help. Where do you go?

Covenant House is a place to go if you need help. We just talk about how thin the line is between privilege and all of a sudden that’s gone. There are other shelters on the North Shore, but Covenant House is well funded because they are all over the world. You can support our students by donating through their website. Thanks! 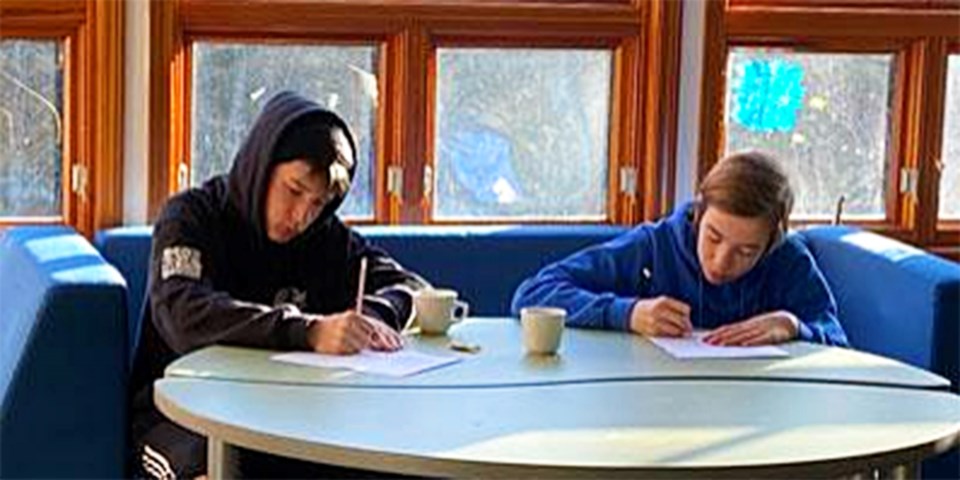 “Something that really stuck with me is when Sarah (support worker) said ‘think about the jokes they would tell — they all have a story just like you and me. They may struggle with hard times and addiction but that's only a small portion of who they are."

“As much as this experience has enlightened me, I couldn’t help thinking as I fell asleep that I was NOT scared, NOT dreading the hours to come – whereas people on the street live in fear all night.”

“When I got to see what it was like to be homeless I feel like I got so much better of a view and understanding of the problems they face than what any class could have taught me."

“After having this experience, I am tired and exhausted. After one night. I can’t imagine the stress and sheer hopelessness that would come with having to sleep on the streets every night.”

“We also enjoyed some privilege because of how we looked. A good example of this is at the Circle K where the guys let us use hot water for free and free utensils – he probably wouldn’t give someone who is homeless the same treatment.”

*For more on the topic, a Covenant House produced podcast - called “Under One Roof” - was released April 21.