Scotch Broom is an aggressive and invasive weed, eventually dominating landscapes, often replacing native species with which they compete for space, light, water and nutrients.
May 30, 2021 7:30 AM By: Moira Greavan / Contributor 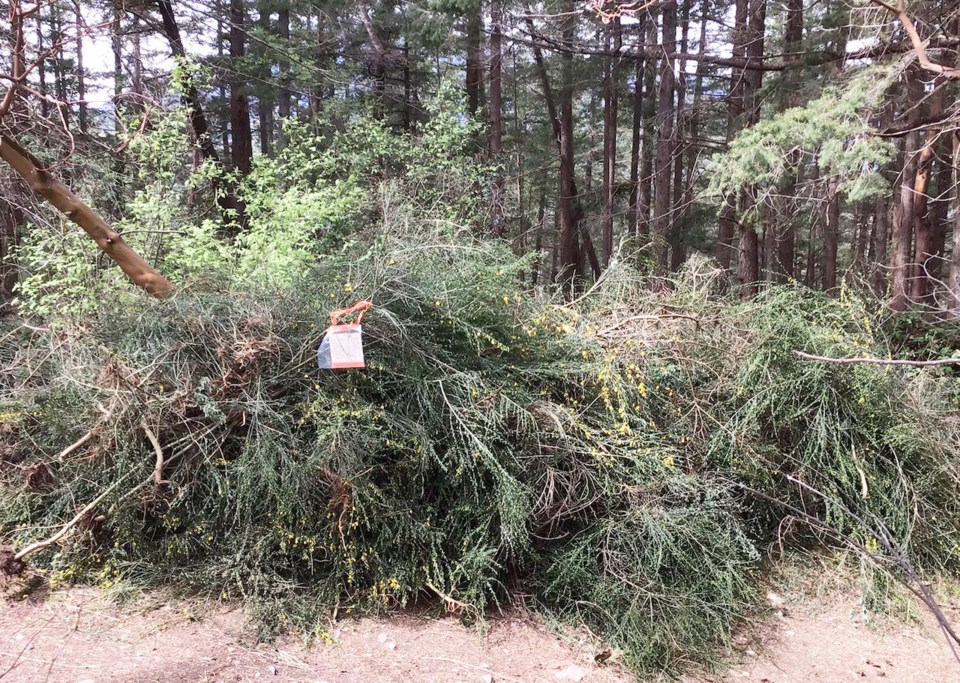 Scotch broom (Cytisus scoparious) was introduced to the Pacific Northwest in the mid-1800s as an ornamental plant. Broom is very aggressive and invasive, eventually dominating landscapes, often replacing native species with which they compete for space, light, water and nutrients. The broom will form dense thickets that can shade out native vegetation, prevent forest regrowth and reduce biodiversity. The plant is toxic to domestic animals and wildlife and for some people can cause allergic reactions. Scotch broom is also a fire danger due to its high oil content. It seeds prolifically (a mature three-to-eight-year-old plant can produce 6,000 to 18,000 seeds annually) and the seeds can remain viable in the soil for more than 30 years. At maturity, bean-like seeds can be ejected some distance from their brown seedpods. 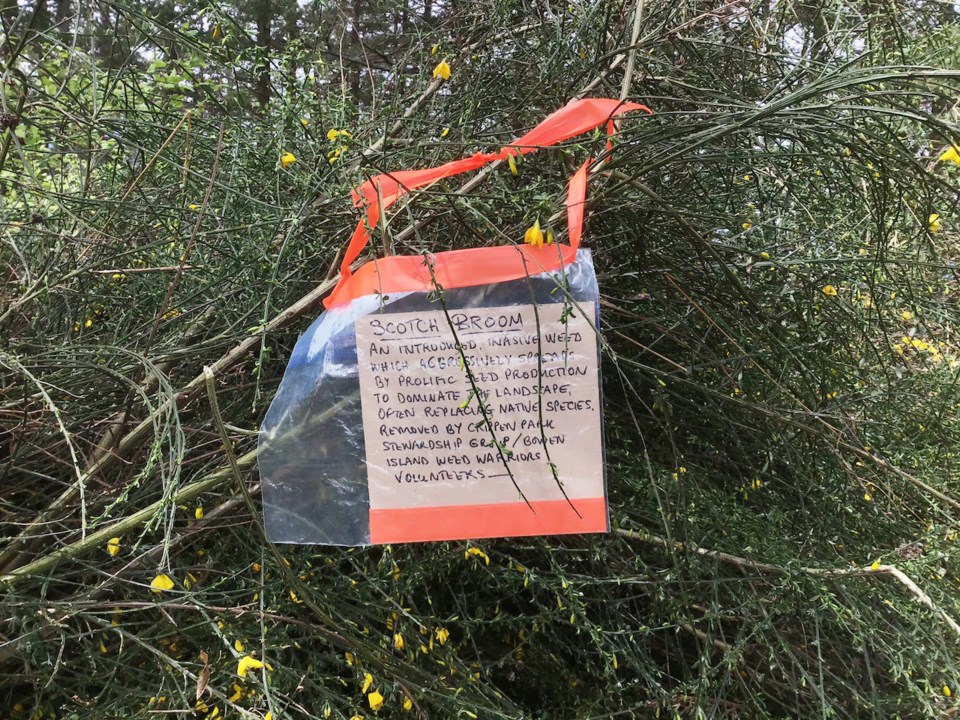 Large Scotch broom plants with stem diameters over five cm, should be cut. The best time is when the yellow flowers are in bloom at the end of April and through May, when the energy of the plant is above the ground in the flowers. The plant usually dies if you cut or saw off the main stem of broom in bloom at ground level or slightly below and below any buds near the base that can resprout. You do not need to remove the roots as the plant will die in summer’s dry heat. If the broom is too big and you can’t cut it at ground level, peel back and strip the bark or damage the remaining stem with a lopper or a hatchet.

Preferably in the wet season when it is easier, the most appropriate practice for young Scotch broom plants (roughly the size of a pencil) is to pull them, trying not to disturb the soil or destroy the ground cover as seeds will germinate. Pat down the soil and replace any groundcover such as grass or moss that was disturbed to prevent seeds in the soil seedbank from sprouting.

When broom is blooming, at the very least, cut off all the flower heads before the seeds mature and are dispersed. The site should be regularly monitored for future growth of seedlings, which should be pulled. Planting trees, grass, and ground cover plants, native or cultivated, will discourage the growth of broom. 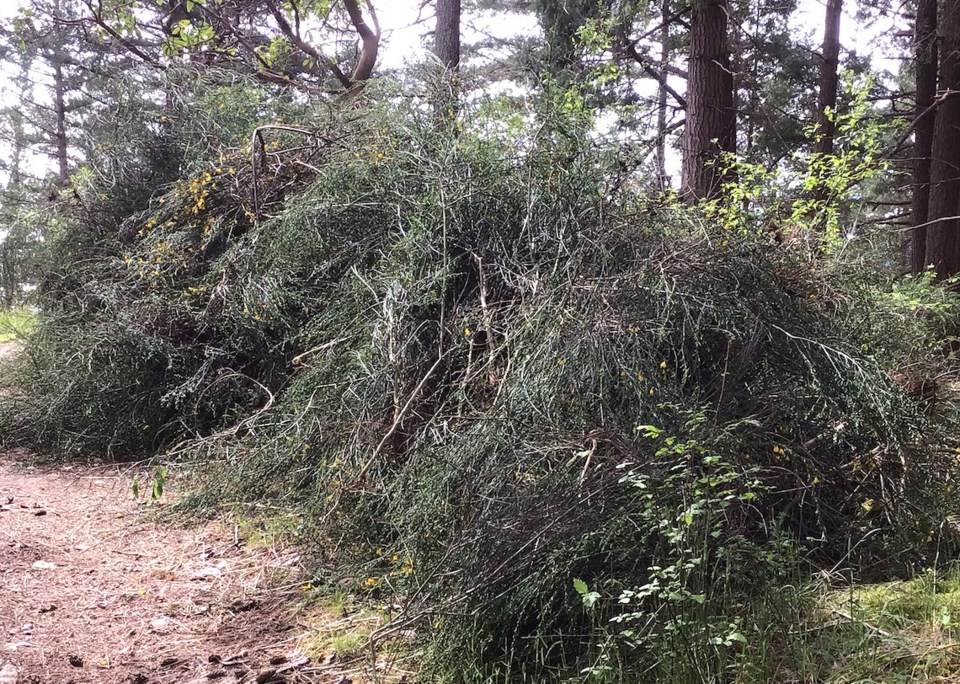 Stop the spread of Scotch broom by going after small patches first. For larger infestations, start at the outer edges to stop the further spread of seeds and move toward the centre.

If practical, collect and remove the pulled and cut plants. If seeds are present, plants should be removed in a way that prevents seeds from spreading. If removal and disposal is not practical, leave the broom on site, chipping or mulching the plants if seeds are not present. Contact the municipality or the waste collection service regarding their disposal.

For further information or if you wish to participate in our monthly event (when COVID-19 restrictions allow) contact: BowenIslandWeedWarriors@gmail.com.