Meet Bowen's 2019 Citizen of the Year 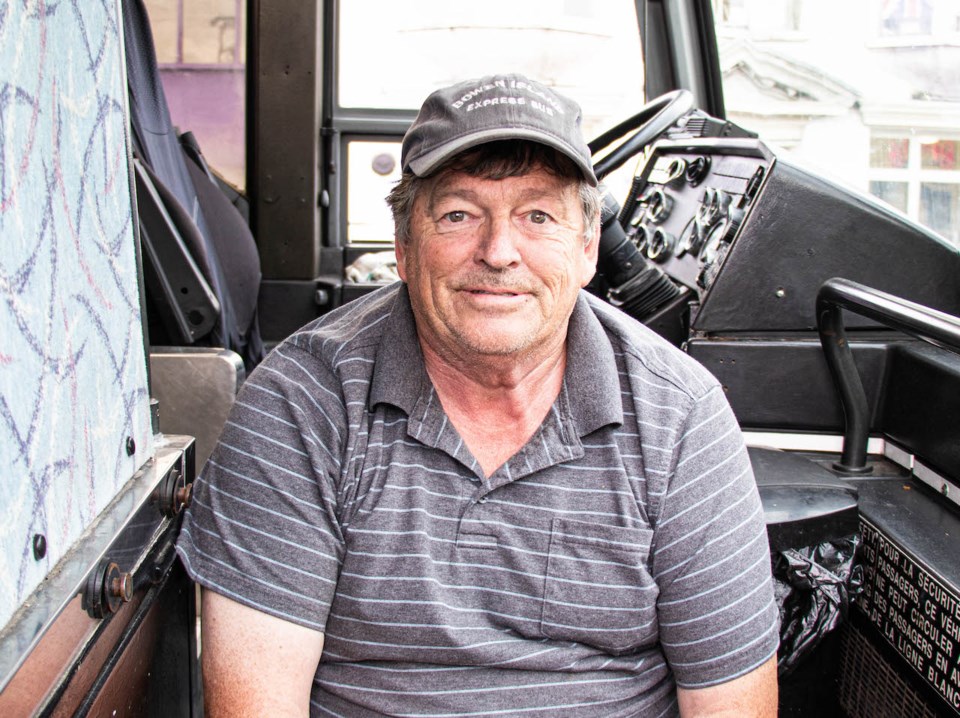 When he started driving transit for BC Hydro in 1979, then 23-year-old Peter King was the youngest driver the company had ever hired. When the Vancouver-raised islander moved to Bowen in 1981, he saw the potential for a bus service on-island and started lobbying BC Transit in 1989. A decade later, Bowen got its own bus service.

“Had I realized then that it would take 10 years of meeting after meeting to get the service started, I might have just taken up golf,” said King. (Coincidentally, taking up golf on Bowen is possible thanks to the persistence of last year’s Citizen of the Year, Bruce Russell.)

For decades of work, going above and beyond his driving duties, (even stopping the bus at times to usher goslings off the road) Peter King is Bowen’s 2019 Citizen of the Year.

“Over the years Peter has negotiated with transit to get the best bus service available and put the island’s interest before his own. This has cost him both financially and career-wise with transit. When you couple that with the vast amount of volunteer work that he has done and having received the most nominations by far from islanders over the years, it became apparent he more than deserved the recognition,” says Rob Forbes of the Citizen of the Year Committee.

“It’s a recognition that one can still make a difference, a big difference that will benefit the island as a whole,” says King of the honour. “Public transit has been my life for the past 40 years and to see ones efforts work for so many people makes the long hours just melt away.”

As King is so busy at the moment driving the express bus (a service that he recently sold to the Bowen Transportation Society), it was difficult to find time to talk. So we sent King  some questions.

The following answers are edited for length and clarity:

I could write a book on that topic, maybe in time I will. It will be a collection of conversations and observations from 20 years of interactions. From the eight-year old who told her parents “all I want for my birthday is a watch, a bus schedule and bus tickets so I can take the bus on my own” to getting phone calls from parents asking me to retrieve a forgotten lunch or school assignment left on the kitchen table. Where else but Bowen does this take place?

I think it has to do with a very special bus passenger, Jim Kearney who lived with his wife in Deep Bay. Jim would always start his phone conversation with “Kearney here...” and following that were not only sports-related stories, as he was a sports writer for the local paper, but an amazing depth of knowledge of world history. Jim was getting on in life and he finally found himself in palliative care at Lions Gate. Over coffee on a visit, he asked me if I could contact a number of friends to come and see him. I put pen to paper and what I saw was a who’s who of sports personalities. Bobby Ackles, Pat Quinn, Jim Taylor, Bob Lenarduzzi...the list was 12 names. I spoke with all but one and everyone had a story to tell. We picked Jim up at Evergreen for a July BC Lions match against Calgary that was both a tribute to Bobby Ackles who had passed away (heart attack in our own general store parking lot) and the Wall of Fame. The staff of the BC Lions especially Jamie Taras welcomed Jim and his daughter to the banquet and we all enjoyed a great football game and tribute to the late Bobby Ackles. That was the last time Jim and I saw each other as he passed away.

Toughest part of being a bus driver?

Trying to work outside the box with people whose comfort zone is firmly entrenched inside that box.

Best part of being a bus driver?

It has always been the people. No matter if it was on Hastings at 3 a.m. or here on Bowen taking everyone to and from work.