VIDEO: Bob Turner turns his lens to the teeming life of Kwil'akm/Mannion Bay 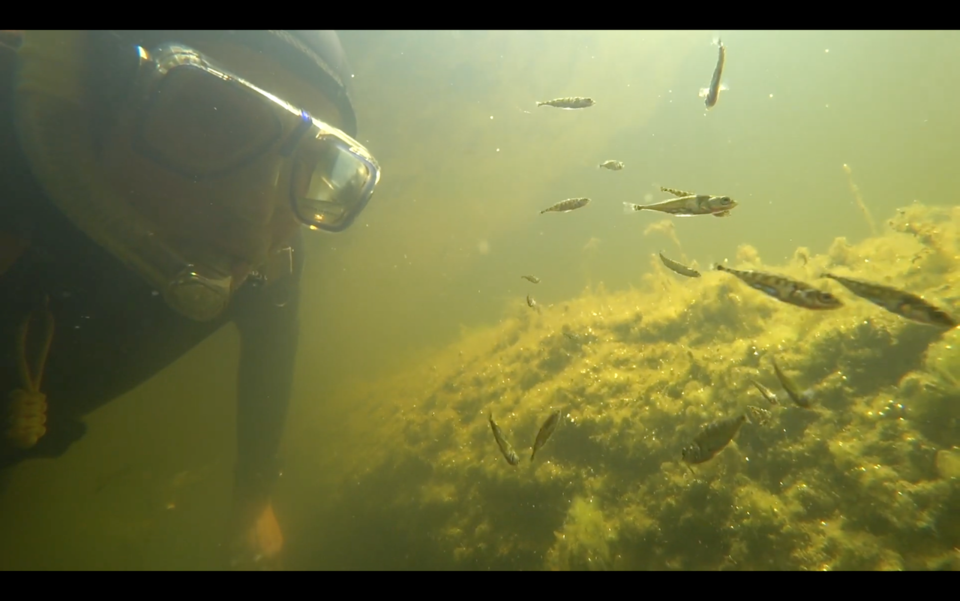 Bob Turner doesn’t go far for his latest film, “Exploring our Estuary: The Rich Life of Kwil'akm/Mannion Bay, Nexwlélexwem/Bowen Island,” taking his camera to one of the busiest parts of the island (by Bowen standards).

“This movie has been a surprise for me – I’ve long overlooked the wild values of Mannion Bay/Deep Bay on Bowen Island because of its many waterfront homes, docks and moored boats,” writes Turner, also a former two-term Bowen mayor. “But over the past few years, good things have happened in the bay through community involvement with moorage management, underwater clean ups, boat salvage, and eelgrass restoration.

“I began to look at the bay with new eyes,” narrates Turner in the film. “And realized that  Mannion Bay, fed by all the nutrients and food carried by Terminal Creek, Bowen’s biggest stream, was also Bowen’s most fertile estuary and should be a hot bed of marine life.

“Even though humans have worn it down some over the last century, the basic mechanics of its richness remain.”

Turner starts at Bridal Veil Falls and follows the “giant conveyor belt” of Terminal Creek as it carries nutrients and animals from the forest to the sea.

Mannion Bay has featured in some of Turner’s past videos, including 2018’s Howe Sound Ballet: