An exhibition of paintings and collage works created independently but speaking to shared inspirations drawn from the diverse worlds of boats, marinas and harbours, children’s book illustration, libraries and bookstores
Sep 6, 2020 3:05 PM By: Jennifer Love 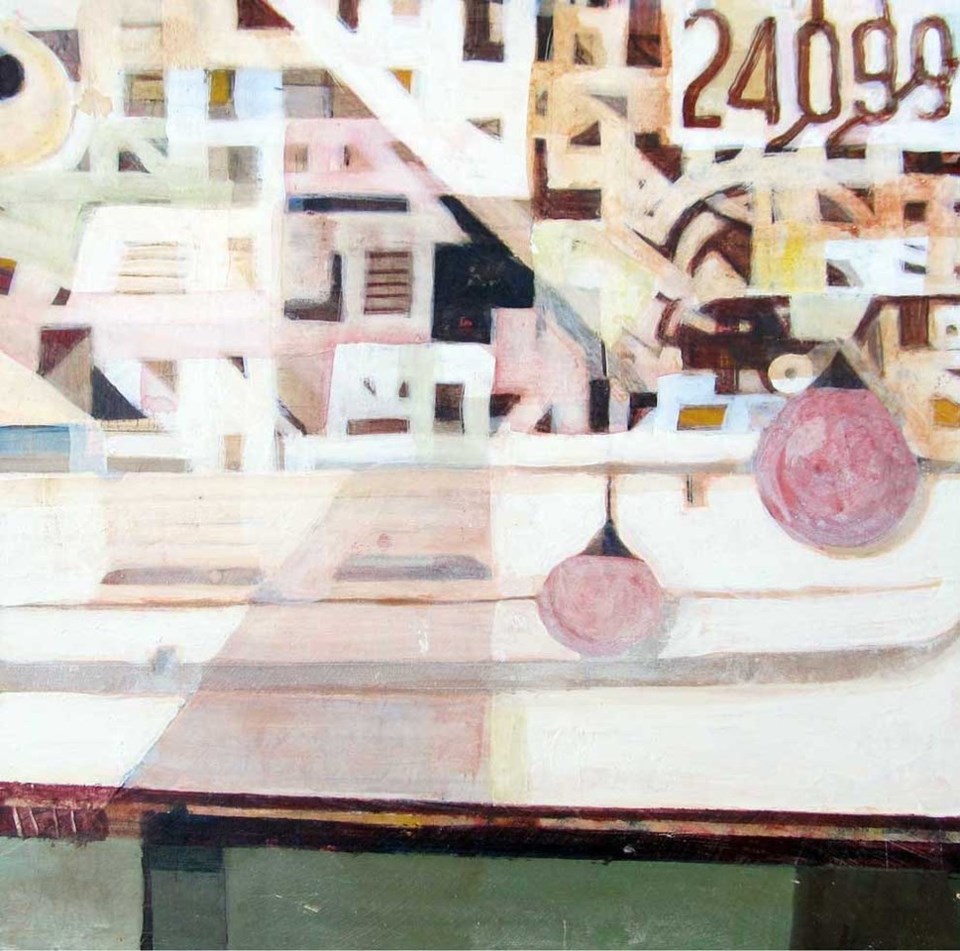 Jennifer Love and Kim LaFave, artists from the Sunshine Coast, present an exhibition of paintings and collage works created independently but speaking to shared inspirations drawn from the diverse worlds of boats, marinas and harbours, children’s book illustration, libraries and bookstores.

You may remember Jennifer Love as a founding member of Foxglove Fibre Arts on Bowen Island. Since moving to Pender Harbour in 2005, she has exhibited work on the Sunshine Coast, Bowen Island and in Vancouver. Influenced by issues of memory, the loss of memory and its effects on personal communication and connection, her work utilizes the world of letters, words and numbers and in particular women’s names. The curvaceous letterforms in themselves create beautiful abstractions while also suggesting other levels of meaning - perhaps fragments of memory.

Kim LaFave may also be familiar, as a freelance artist illustrating such books as Amos’s Sweater by Janet Lunn and otherf beloved children’s books. His Harbour series of paintings grew out of research for a book project, Fishing with Gubby by Gary Kent. As a children’s book illustrator he was interested in describing the way of life of a commercial day fisher. In his painting practice the focus shifted to a study of the boats themselves, which became the source material for an exploration of colour, texture, light, shadow, rust, water, reflection, rhythm and pattern. He is represented by the Kurbatoff Gallery in Vancouver and exhibits widely elsewhere.

In the works of both artists, complex layers of paint, paper and fabric reorganize, magnify, fracture or obliterate shapes, words and numbers — creating and uncovering new meanings.

The ordered worlds of boats and harbours, letterforms and numbers become unpredictable and surprising.