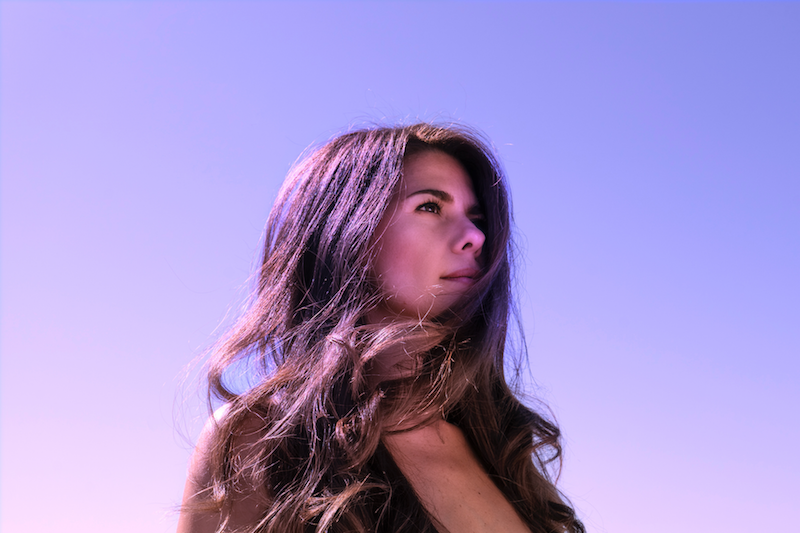 The singer-songwriter, who is playing a Hearth concert at Cove Commons Feb. 23, started her musical journey at 28-years old.

Caro had been living the corporate life in Brazil for seven years and had anything money could buy.

“But [I] still felt empty inside, like there was something missing,” she says.

Then, she saw a small ad for a choir. She auditioned for the choir as a side-gig and made the cut. For four years Caro sang with the 20-odd voices of all sorts of backgrounds.

“It was a beautiful thing to experience just being part of something,” she says. They’d rehearse twice a week along with touring and it became a sort of lifestyle.

But the choir ended and her marriage was ending and Caro needed a change.

So she moved to Los Angeles where she’d gone to school in earlier years and went into singing full-time.

“At that time being Brazilian was my was my only weapon,” she says, “was my only tool that I could offer.”

Through Craigslist Caro joined up with folks putting together a world band and then she branched into her own song writing.

“I was going through my divorce…and then all that process of finding myself and finding who I was and finding what I wanted,” she says. “It was what I was writing about. It was like a little journal exercise for me.”

They recorded an album that made it to the Grammy ballot for best world music album.

“And that was 12 years ago and now it’s been a beautiful journey I couldn’t be happier with myself and where I am with myself,” she says. “Musically speaking, I still want to achieve a lot but if I didn’t wake up tomorrow, it would have been a great life because I definitely have found myself.”

About five years ago, Caro went solo, meaning she writes and can perform all the music herself (though she still likes having a band) and this is the third year she’s been touring. She’s played in London and France among other places.

“My music has been able to connect with people from everywhere and for an artist that’s the biggest blessing.”

As for her show on Bowen, while it’ll be Caro’s first time here, islanders may recognize drummer Felipe Fraga from last month’s lauded Quarteto Nuevo concert.

Caro says that concert goers can expect a Brazillian pop music show but with classical elements such as Bossa Nova and Samba.

“Because everybody in the band is Brazilian, and we joke about it ––like everything we play ends up in Samba,” she laughs. “It’s how we’re programmed I guess.”

“Myself and the band, we try to really have fun with what we’re doing,” says Caro. “The goal is to just like share that fun with the audience.