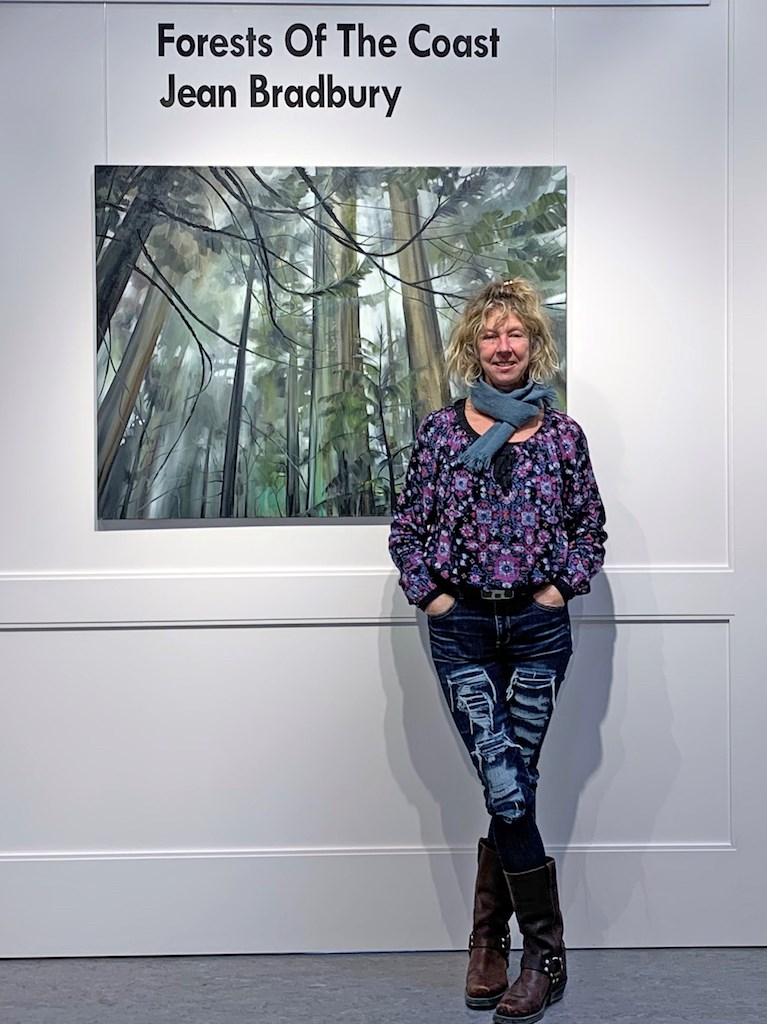 Jami Scheffer, one of Bowen’s newest residents, has arrived at the Gallery @ Cove Commons to assume the role of Executive Director of the Hearth. We encourage everyone to send out their warmest Bowen welcome to Jami. She can be reached at executivedirector@thehearth.caPhoto and caption courtesy of the Hearth

A new era quietly dawned at the Bowen Island Arts Council (the Hearth) earlier this month.

As a born and raised B.C.-er, Scheffer comes to Bowen by way of Invermere (a town with a population of just under 3,500 people near the Alberta border, though with thousands more people in the surroundings) where she was with Columbia Valley Arts Council for 15 years.

Like her predecessor at the Bowen Island Arts Council, Schaeffer was the first paid executive director of Invermere organization.

In the early 2000s, when the more than hundred-year-old Pynelogs Cultural Centre and Art Gallery got a half-a-million dollar makeover, the Columbia Valley Arts Council, until then always artist-run, hired its first year-round executive director.

“Fifteen years of, you know, taking an arts organization from the grassroots level to a well-running business,” said Scheffer.

Scheffer comes from a recreation and event planning background. She created the Invermere Music Festival, a live music series for the arts council, a Canada Day festival and was also the planner for the Wings Over the Rockies wildlife festival.  “I tried a lot of events and programs and gallery shows and fundraising ideas over the years. So it was super fun,” she said.

After Scheffer’s mother, who she was caring for, died last year and with her adult children living on the coast, the time was right to move on.

“This job just kind of landed in my inbox and everything fell into place so easily,” said Scheffer. “It was kind of weird––it was like it was meant to be.”

Scheffer’s son was finishing a degree in Ontario and his school shut down, so he moved to Bowen too (though he’ll soon be leaving for a job on the mainland).

Despite the pandemic, as an outdoors person, Scheffer is getting a taste of Bowen life. She’s been SUP boarding in Bowen Bay, mountain biking and exploring the trail systems with her dog Roscoe.

When it comes to Hearth operations, Scheffer is just starting to meet with people (virtually, of course).

“I don’t want to come in and change everything because that’s not who I am,” said Scheffer. “But I definitely have 15 years of experience and will maybe use some of that to maybe revise things a little bit or freshen things up a little bit or try some new things.”

In the meantime, Scheffer is looking for recommendations as to where to have her hair cut as soon as the pandemic lets up.