Howe Sound is at the tip of Di’s paintbrush. One need only glance at the Bowen painter’s work to see where she draws inspiration. It was during a day trip to Bowen Island that one of Di’s works caught a young British filmmaker’s eye. Newly arrived from the U.K. and inspired by the art, Molly Dennis reached out to Di to see if the artist would be interested in a short documentary about her work. But as it soon turned out, the paintings weren’t “the story” – Howe Sound was the story.

“We started off making this short documentary about an artist on Bowen Island and then it exponentially grew,” explains Dennis. The project turned into Uncharted Waters, a short documentary (to be between 15 and 30 minutes) featuring five young voices with diverse connections to the sound “as they navigate a changing landscape and uncertain future but also as they come together in community to celebrate and sustain the place they love.”

“We started with one character and then started meeting other people,” says Hannah Siden – the film’s producer, also recently arrived from the UK, though she grew up in the Lower Mainland. “The community aspect really grew from there and we realized that it was actually a larger story.”

The thread tying the voices together is the Howe Sound/Atl’ka7tsem Marine Reference Guide – an online interactive map with scientific data and narrative resources depicting the ecological and human values of the sound and how to protect them. The film is not just about the water and islands but the social and community aspects of Howe Sound, says Dennis.

The film features faces well known to Bowen Islanders – marine ecologist Fiona Beaty and our own Di – as well as Sḵwxwú7mesh Nation young people Jonathan Williams and Nolan Rudkowsky. The filmmakers are still searching for the fifth voice. “We decided to focus in on talking to younger people and the new generation of conservation and restoration efforts around the sound,” says Siden.

“Di was so passionate about linking her art to conservation work around the sound. And she was quite interested in the science of everything,” explains Siden. “And a lot of what Fiona was interested in was [getting] people to connect to things that might seem too scientific or not super tangible.

“How you connect people to nature and make people care about where they’re living and restoration – going beyond the data to actually look at what that means artistically or for people living on the land.” 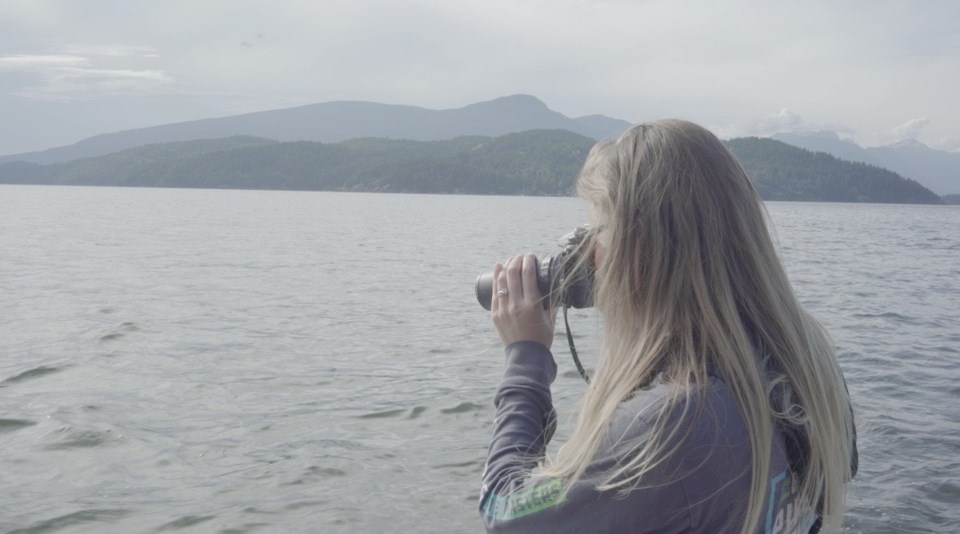 The filmmaking duo met Squamish-based Williams and Rudkowsky through Beaty, as the youth were doing a lot of talks for the marine reference guide. “Their reason for getting involved with [that] project was to deepen their understanding of the water as well,” says Dennis.

“[They are] looking to connect to where they live and encourage other people our age to also find that connection,” says Siden.

Other Bowen Island resources, like the museum and archives, Adam Taylor, Bob Turner, have also lent knowledge and footage to Dennis and Siden. And if anyone else has information or resources to share, the filmmakers would love to hear from them.

While the project started last summer, the pandemic and other jobs and responsibilities have made the documentary making a slow process. “We both committed to letting it take the time it needed to take,” says Siden, which has proved valuable in leaving time for building relationships. They do, however, hope to have the film finished by the end of summer and then a screening on-island.

The filmmaking duo are fundraising to be able to finish the film (they’re also working on a few grants) with the goal of garnering $10,000. There's also a trailer for the film on the IndieGoGo page.