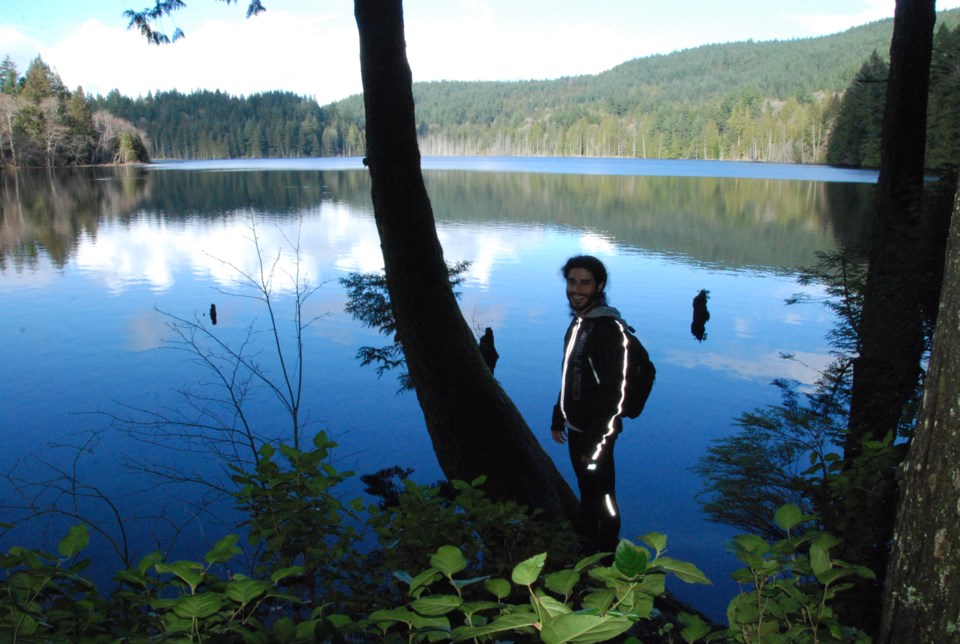 Hiker from France pauses by lakeLouise

Tourism is the fastest growing sector in the BC economy.

American tourist spending in Canada is the highest in over a decade according to BC Stats, and tourism on Bowen is no exception.

Jan Steven is a property manager for five vacation or short-term rentals on Bowen. Her company, Bowen Island Accommodation has seen a big jump in rentals since January. With three properties on Eaglecliff and two on Mount Gardner, she says she will be full booked by March for the whole summer.

Stevens says January is usually slow and by February she is normally “full speed into bookings.” This year, “it started on New Years day and business jumped by 30 per cent.  The holidays and long weekends got booked up by the end of January,” says Stevens.

She says that the rentals are her only source of income so she puts effort into making the business work. In 2010 she created a duplex waterfront suite so that it can be rented as a whole or two separate units. She applies seasonal pricing, even though she says even though it is more expensive to run heat and supply wood over the winter, it’s worth it to keep business up. “A friend of mine doesn’t apply seasonal pricing and her place is empty in the winter.”

Stevens says her properties are booked every weekend, all winter. “When I’m fully booked I send the overflow to other B& Bs, like Evergreen.”

Stevens acknowledges that she has seen an increase in bookings from Americans, and from Albertans, but this year “65 percent come from around Vancouver, all within an hour’s drive.”

The businesswoman says that the guests may just stay put, making their own food, relaxing and reading, but she says the guest book records tell her that most people go for hikes and dine out.

“One couple booked Matt Matheson to come and prepare a meal for them for Valentine’s Day,” she says. The lower Canadian dollar is a boon for local businesses such as hers. “People are vacationing locally and U.S. visitors have doubled. We just finalized a booking from New York.” Americans, she says see Canada as having a “fire sale,” because of the low dollar. Though Barbara Wilshire runs a website listing Bowen’s short- term rentals, she says that her bookings are primarily done through Vacation Rentals By Owner, commonly known as VRBO.

Consistent with the branding work being done on Bowen, she says her guests write words in the guestbook that describe this island. “Beautiful” and “peaceful,” are the words she says are repeated over and over again.

What else draws her guests to Bowen? “They are outdoor enthusiasts.”