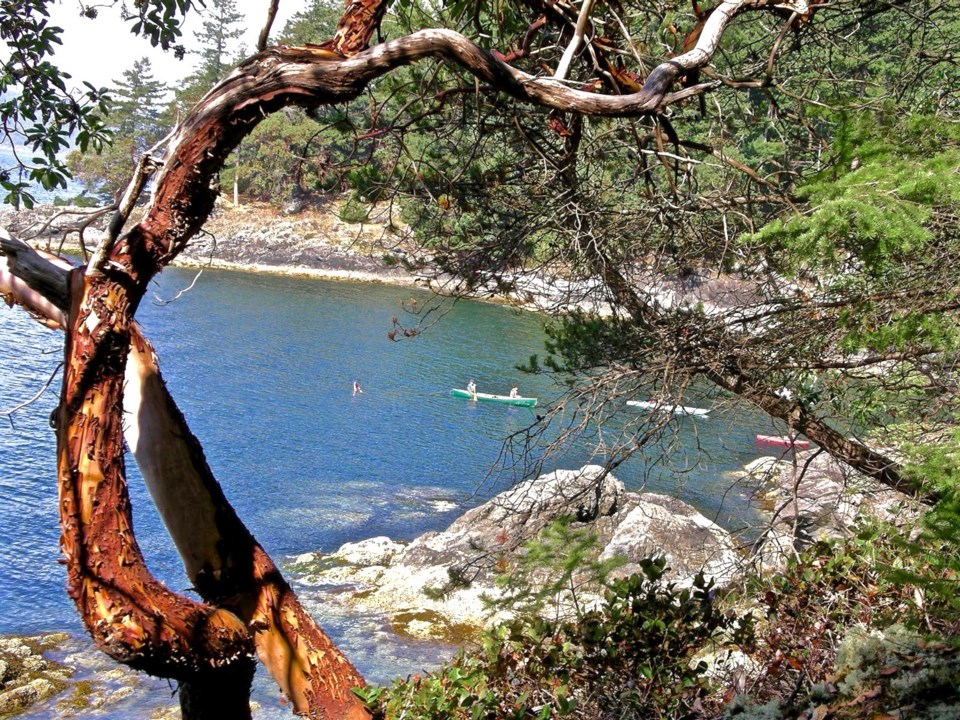 Daniel DuBois is in such high demand as a business speaker he is regularly booked for three engagements a week but he was convinced that Bowen was a good place to share his ideas. Hoping to “be of value to Bowen,” the university student who is making waves as a top young entrepreneur met with the Bowen Innovation group recently.

“Denise Lawson found me and said that Bowen has a lot of forward-thinking people, and that I should come and share some ideas.“

Lawson is a member of the Innovation group, and having initiated an island Women in Business group, is always noticing innovators and fresh ideas.

When DuBois began his rise to entrepreneur stardom, his idea was to create a sharing community based on trust, which is a natural occurrence on Bowen. In town, the idea needed a nudge. Dubois wrote up his idea as part of his Capilano University business course and he then used Facebook to test the idea. “It found some solid ground,” he says of that initial stage. His professor was impressed with his Sharing Shed concept, but he needed to refine his ideas. DuBois

was selected to join a mentoring program housed in the trendy Hoot Suite offices.

While in the program, his concept evolved to allow for income generation.

Through all the evolutions, DuBois talked about owning less, sharing more, living more sustainably, more responsibly.  – A perfect fit for the Bowen audience who filled the room, except that on Bowen, neighbours simply borrow from neighbours without any financial expectations. Though the Sharing Shed idea was what caught the groups attention, DuBois, was onto another idea he is just launching, and one that he feels can provide some great business opportunities for islanders.

Dubois believes he has found his buiness niche. His new company supported by a number of investors is called Guiides.com, a website where you can “discover and book authentic adventures led by local guides.“

He explained to the Bowen group that he takes on the business side of things for outdoor adventure guides. He provides access to a market, does the advertising and promoting, the and facilitates some of the transportation logistics by aligning with Modo, the car co-op.

“It would be great if we could get some Bowen guides to lead adventure around Bowen instead of having someone from town coming over.” Guiide takes a 15% commission of the booking for their service and guides set their own prices.

DuBois told the Innovation group that he put out an offer to a meet-up community online, inviting people to come for a social hike on Bowen. He expected 15 hikers and had 70 sign up. “Though only 50 actually turned up.”  He said that they broke into smaller groups staggering their start up the mountain. “It was my first time on Bowen, I’m ashamed to say,” says the North Vancouver resident.

He is hoping to offer guided tours from Bowen locals in activities ranging from naturalist-led forest talks to kayak and hiking tours. “The education piece is important. It’s about curiosity, adventure and learning.“ He believes strongly that people are more likely to want to take care of the natural environment once they get out to experience all that it has to offer.

With adventure travel continuing to be the fastest-growing area of travel, he sees this as a great opportunity for anyone interested in becoming a guide. Because he is just in the midst of launching Guiides.com, he has yet to be certain about the likely makeup of the people who sign up for the tours. He ran a trial guided snow-shoeing package with great success. Now he has guides offering a wide variety of experiences and drawing customers they would not have otherwise accessed.

Daniel Dubois adapts quickly to market information, he’s charismatic and has a plethora of accolades,. He was chosen by Ryan Holmes to be mentored as The Next Big Thing (TNBT) Fellow and Entrepreneur at HootSuite. He's a BC Business Top 30 Under 30, Canadian G20 Delegate, Speaker at We Day with an audience of 20,000 youth. He’s been a TedX Speaker, and Advisor for the Vancouver Board of Trade, and a keynote speaker at some of the most prestigious events for businesses.

This was the second talk organized by Holly Graff who started the Innovators group, sponsored by Allan Financial, for whom she works.

The first talk featured John Bromley, Founder and CEO of Chimp Technologies.  Chimp, in the simplest terms, is a way to donate money online to any charity of your choice, at any interval you like, for any amount. You can use the Chimp website to promote your charitable cause. You can also give money to friends, family using Chimp.