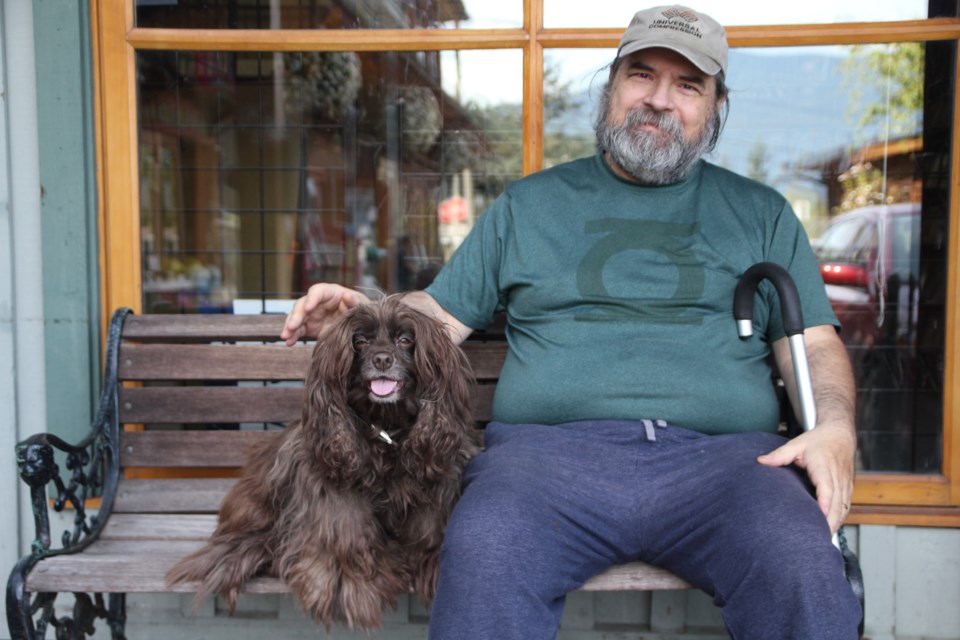 Mladen Ivankovic and his dog, Candy, outside the former location for Bowen Island Video.MERIBETH DEEN

Last week, Bowen Island Video quit the rental business and liquidated its assets, selling well-loved dvds for between $2 and $5.

Mladen Ivankovic purchased the business six years ago, he says, because he wanted a “soft” way to make a living in retirement. In the age of downloads and Netflix, however, the business proved unsustainable, even as a hobby.

Ivankovic says he has watched more than 90 percent of the movies in the store.

“I’m less critical than most people I think,” he says. “If a movie has a good story, I like it. Sometimes you really just want a red-hot burrito from 7-Eleven, so what you’re looking for in entertainment is really dictated by what mood you’re in.”

He says that everyone who walked into his store was looking for something different.

“Some people really just wanted pre-packaged action, for other people, getting movies was like therapy – a venue for their emotions,” he says.

While Ivankovic says he does not have a favourite genre himself, he can’t pick a favourite science fiction movie because there are too many good ones; that “Being There,” with Peter Sellers is his favourite comedy, and people should watch it every time there is an election; and “The World’s Fastest Indian,” which he describes as a true story about a Forrest Gump type character is his favourite drama.