A 40-year-old adventure at sea

It was 40 years ago that Brian Biddlecombe left the corporate world behind and started Cormorant Marine
Apr 19, 2018 9:03 AM By: Chantal Eustace 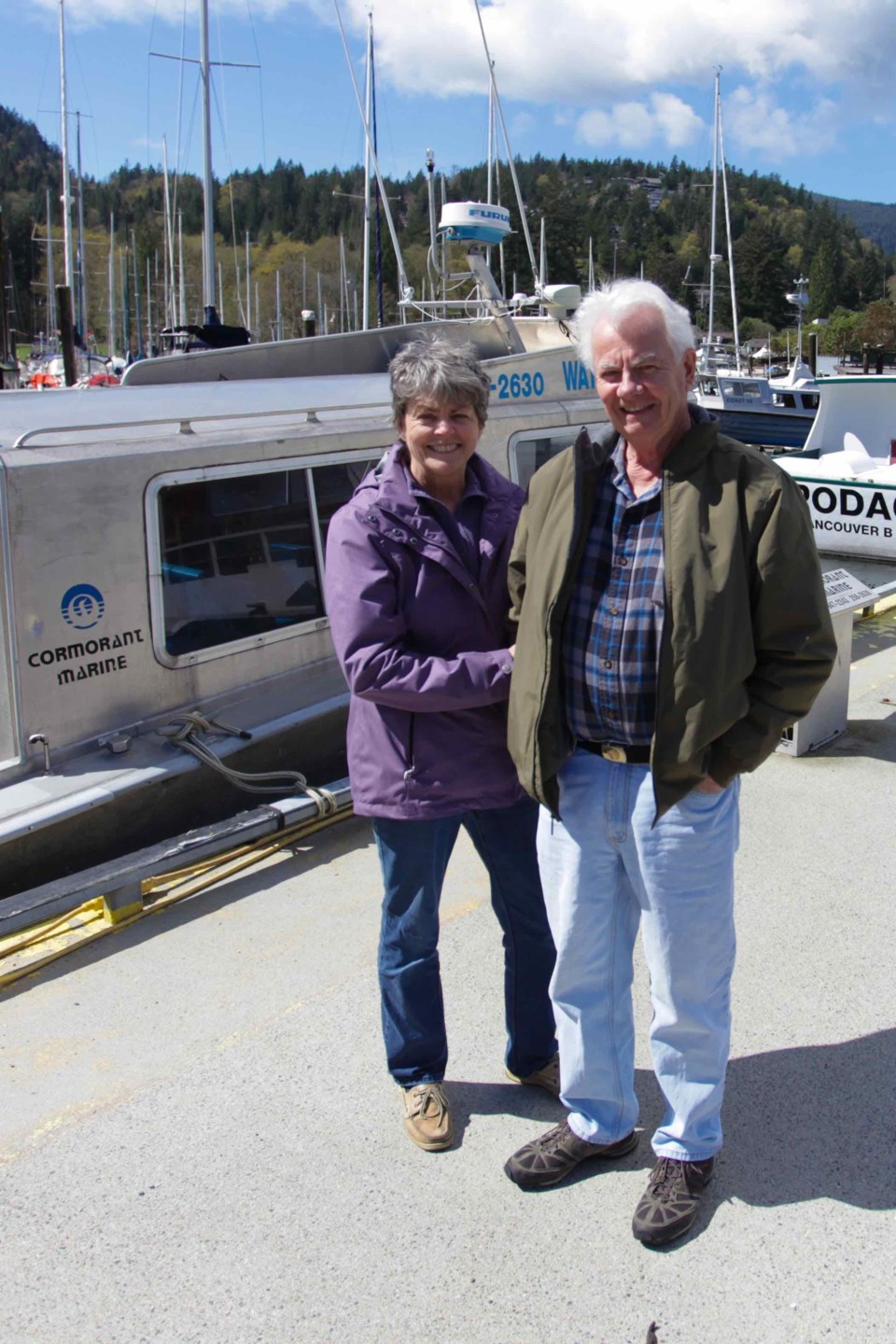 Brian Biddlecombe stands next to one of Cormorant Marine’s boats on the dock at Snug Cove, and shakes his head, smiling.

He and his partner, Leanne Laudrum, have just finished telling me about a trip they took the day before, waves high and weather wet, a story about buying a new boat, and getting it safely from Point A to Point B.

They seem relaxed with this kind of nautical yarn, clearly at home on the water.

Biddlecombe says, after 40 years at the helm of Cormorant Marine, he doesn’t regret his decision to leave a steady job on the mainland, to run a business on Bowen.

“It’s allowed me to live on this beautiful island,” he says. “My kids are both here with their kids now.

He recalls clearly his 1977 decision to trade corporate life for something less chartered.

“In the early spring, a truly unique character on Bowen by the name of Norman Croft-Sleigh, who suffered from ‘Maritime Wanderlust’ decided to sell his water taxi business that he had started a couple of years earlier,” Biddlecombe says.

“After a weekend of heavy imbibing, I thought why not?”

And he bought the business, kicking off Cormorant Marine’s four decades in operation.

Over that time, there’s been adventurous times at sea — like working with the Coast Guard, or helping the ambulance get patients off the island, or getting BC Hydro workers to the island in storms to restore power  — as well as the humdrum of daily business, he says, like late-night water taxi trips to Horseshoe Bay with just one person on them.

Every trip is unique.

“Something will happen with nature out there and I’ll tell family about it, ‘You should have seen what I saw today, it’s pretty spectacular.’”

In addition to a taxi service with scheduled crossings, they offer charter services for things like construction crews, weddings and film productions, as well as assisting essential services, or emergency calls.

Like on Comorant’s fortieth anniversary in business, when they woke up at 4 a.m. to a phone call from the ambulance, says Biddlecombe, to help transport a woman about to give birth.

In this case, she made it across for the delivery on the mainland.

But in the past four decades, there’s been five babies born enroute — as in, on the boat, on the ocean — and Biddlecombe says, each new Bowen Islander has received lifetime Cormorant Marine passes.

“Fortunately haven’t seen too many in recent years,” he says.

For details on their many services and their complete schedule, go to
cormorantwatertaxi.com.