Bowen bands together to help out beloved local musician with cancer 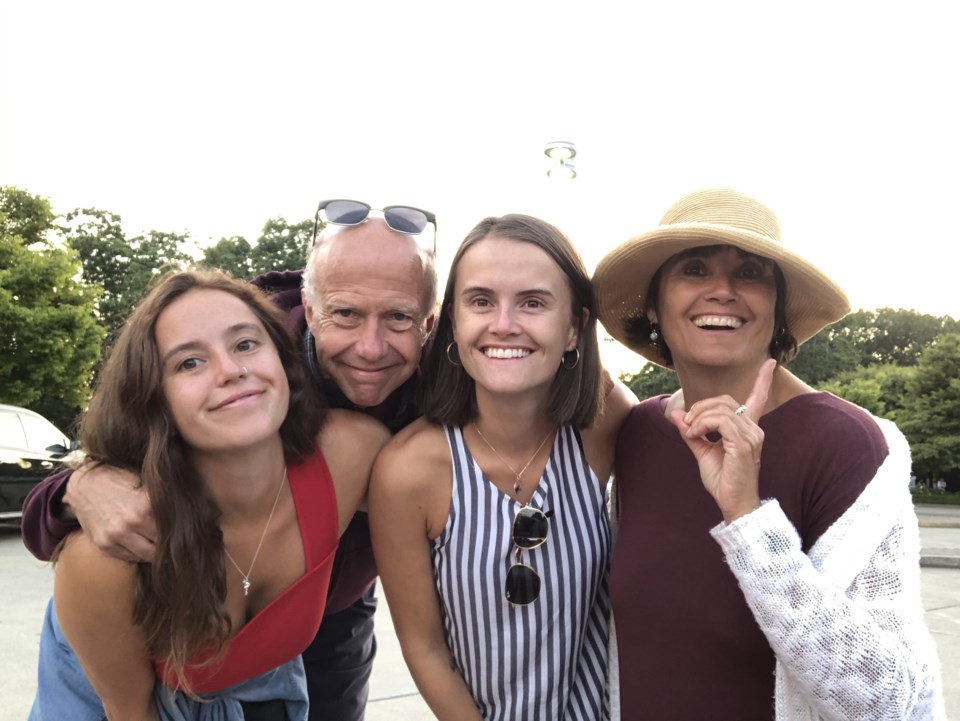 When Teun Schut’s energy for playing guitar waned earlier this year, the well-known island musician chalked it up to pandemic fatigue – the winter, the rain, the lack of concerts and students for both work and inspiration. COVID has taken its toll on musicians.

“With everybody, things come in ebbs and flows,” says Teun. “Sometimes you can be highly energized and motivated and sometimes it’s a bit slow. I am used to that. But this was more than normal.

“But, that’s the thing – COVID is also abnormal, right? We’ve never been in a situation like [this].

“It is weird to be locked up in your house and hardly able to see people,” he says. “I don’t really like the spotlight, to be honest, but love to play and I love to play for people. Sharing, playing music and people listening and sharing that, that is a magical thing and that was just not happening.”

“I thought it was more a mental thing,” says Teun. “But in hindsight, it must have already been the cancer draining me of my energy.”

Nearly all of his life, Teun’s been in music. He studied jazz guitar in Holland where later he and a few friends started a studio, played in bands and Teun toured in Europe with various ensembles.

After moving to Bowen Island in 2000, Teun got a little studio, started playing with all kinds of musicians and teaching. (Teaching became a big part of his life and Teun’s taught many, many Bowen Islanders.)

As well as jazz, Teun teaches and plays rock and funk, rhythm and blues, ukulele, base guitar and more  – “It’s all music. I love it all.”

But the freedom of jazz guitar is what Teun loves most. “With almost any other kind of music, you know this is what you’re supposed to play – this is bar one and this is how it ends,” he explains. “Everything in between is more or less laid out.”

With jazz, a lot is improvised. “With jazz, it’s way more an adventure.”

Teun, his wife Marianne and their daughters Roos (now 26) and Lisa (now 23) moved to Bowen after visiting Vancouver while on holiday in 1998. “We loved it so much that we thought well, how about it,” says Teun. “And well, we’re still here.”

Marianne has a degree in creative therapy from Holland and for the past decade she’s been an educational assistant in North Vancouver. But this winter, she’s had to take a leave of absence to care for Teun.

In February, doctors found a tumour on Teun’s liver, which turned out to be part of a metastasized colon cancer.

Since COVID-19 started, Teun has been able to teach a little online but after the chemotherapy starts Thursday, he’ll likely be feeling worse. This leaves the family with virtually no income.

So friends started a GoFundMe campaign for the family this week.

“Everybody tells us, ‘Hey, man, you don’t want to worry about that on top of everything else.’”

“We love our community,” says Marianne.

“You never know when you make a big move from another country,” she says. “But from beginning [this was the right] place.

“This is where we belong.”

The GoFundMe hadn’t launched when the Undercurrent spoke with Teun and Marianne but has since gone live. In its first day, the fund received $28,500 of its $50,000 goal. Notes of love and encouragement fill both the GoFundMe page and the link on the Bowen Island Everything Else Facebook page.

See or donate to the GoFundMe.