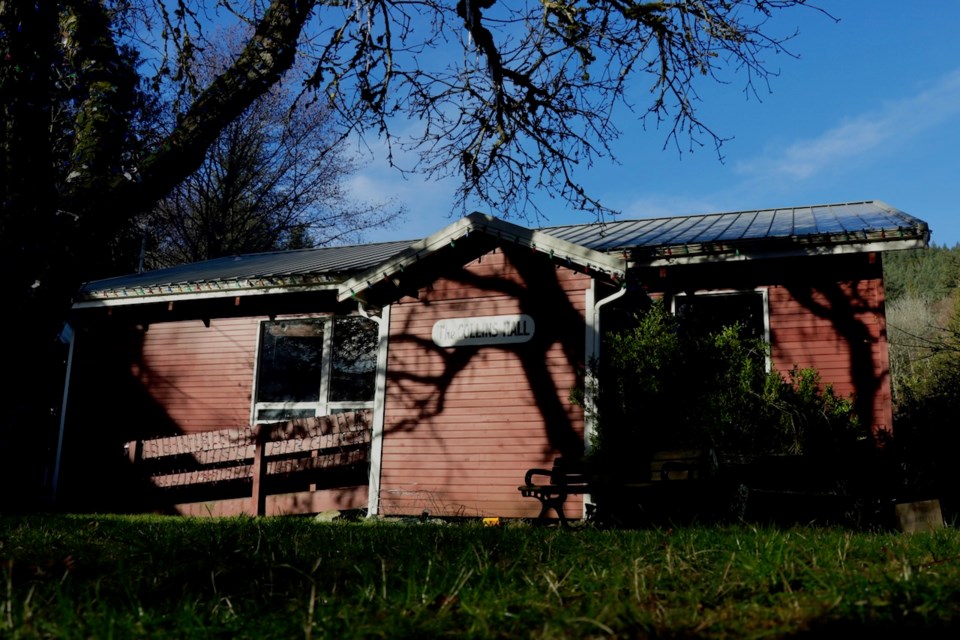 A year after the Bowen Emergency Shelter Team (BEST) started searching for somewhere for people with inadequate or unstable housing to sleep in adverse weather conditions, Bowen has an emergency weather shelter.

January 8, the Lookout Housing and Health Society opened the shelter at Collins Hall.

During the extreme weather season (which lasts until April), if the temperature drops below 0, there’s significant rainfall three days in a row and it’s below 4 degrees Celsius, or there are high winds that could present danger to people living in makeshift shelters, the society triggers an alert. The alert goes out to community partners, including the RCMP and Bowen Island Municipality.

On such nights, the 12-bed shelter, open to all adults of all genders and orientations, will be open between 9 p.m. and 8.m.

Staffed at all times by two people, the society is looking for islanders interested in applying for the job.

Tamara Speiran, Lookout’s director of housing for the Vancouver region said that the society has been working steadily since last year on getting this shelter running.

“Extreme weather shelters, they save lives,” she noted.

Though as of January 10, no one had yet used the shelter, Tuesday evening another alert went out as temperatures dropped.

“It’s much more than a warm place to sleep,” said Speiran, noting that people also get a warm meal and the opportunity to connect with on-island support services, such as the RCMP and Caring Circle.

To keep the shelter open, Speiran said that they need people to attend and that they also rely on public support. This includes monetary donations, as well as socks, toques, lightly-used blankets and jackets.

She said that the initiative came to fruition through the support of Bowen Island Municipality, B.C. Housing, Little Red Church, Caring Circle and Cates Hill Chapel.

The Lookout Society has operated locally for more than 40 years in 14 communities. It also has emergency weather shelters on the North Shore and in New Westminster, Burnaby and Surrey.

“Bowen Island is now part of our family,” said Speiran.