Cameras in Snug Cove are for Netflix TV series

Film crews for the Netflix series Virgin River, which is based on the contemporary romance books by Robyn Carr, are spending Thursday filming in the Cove and Artisan Lane.
Mar 14, 2019 11:41 AM By: Bronwyn Beairsto 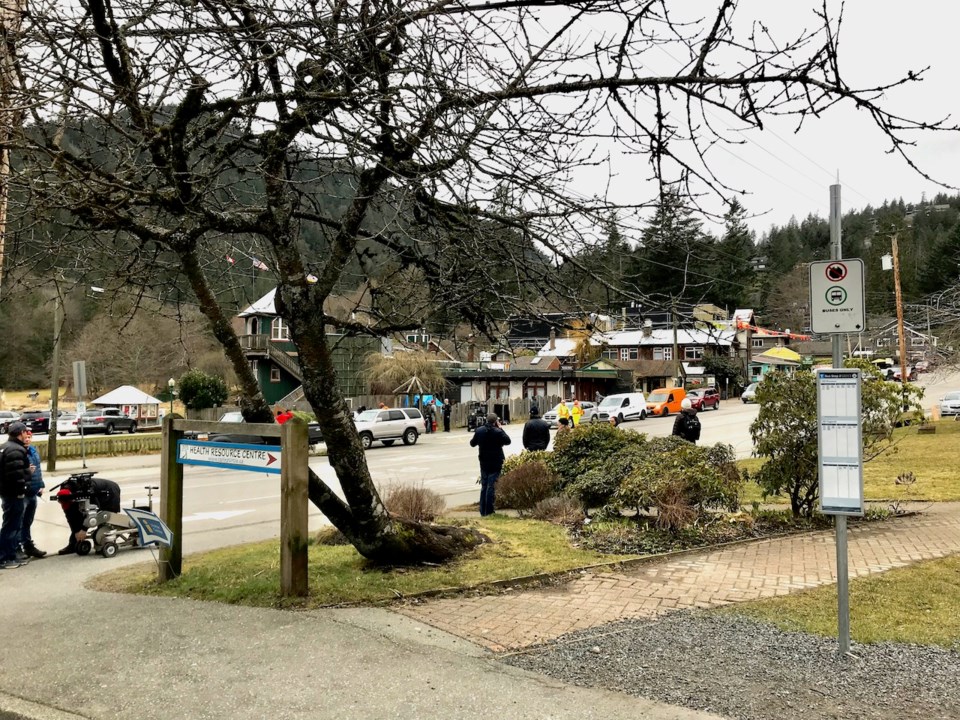 Anyone passing through Snug Cove Thursday morning will have seen the throngs of people spilling out from the library parking lot, walking around the cove with coffee, walkie talkies, prop trees and cameras.

The Cove is transforming into the fictional village of Virgin River for a new Netflix series but just for the day.

"We will be filming some short establishing shots of the streets, and buildings in and around Sung Cove," reads the Snug Cove filming notice.

"We will have background performers walking along the sidewalks and a few cars driving on the Bowen Island Trunk Road and on Orchard Lane. Motorists and pedestrians in the area may encounter a brief delay, less than five minutes, during our filming," it said.

The notice said everything would be returned to the way it was by Friday.

According to the Hollywood Reporter, the series has cast Alexandra Breckridge (This is Us), Martin Henderson (Grey's Anatomy), Tim Matheson (Hart of Dixie) and Annette O'Toole (Smallville) in lead roles. And the showrunner is Sue Tenney, who also did Hallmark's Cedar Cove and the Good Witch.

"After seeing an ad for a midwife, a recently divorced big-city nurse moves to the redwood forests of California, where she meets an intriguing man," reads the Netflix blurb about the series.