Chapman to survey homeless on Bowen

Housing activist counts himself among islanders with “inadequate housing”
Nov 3, 2017 10:47 AM By: Bowen Island Undercurrent 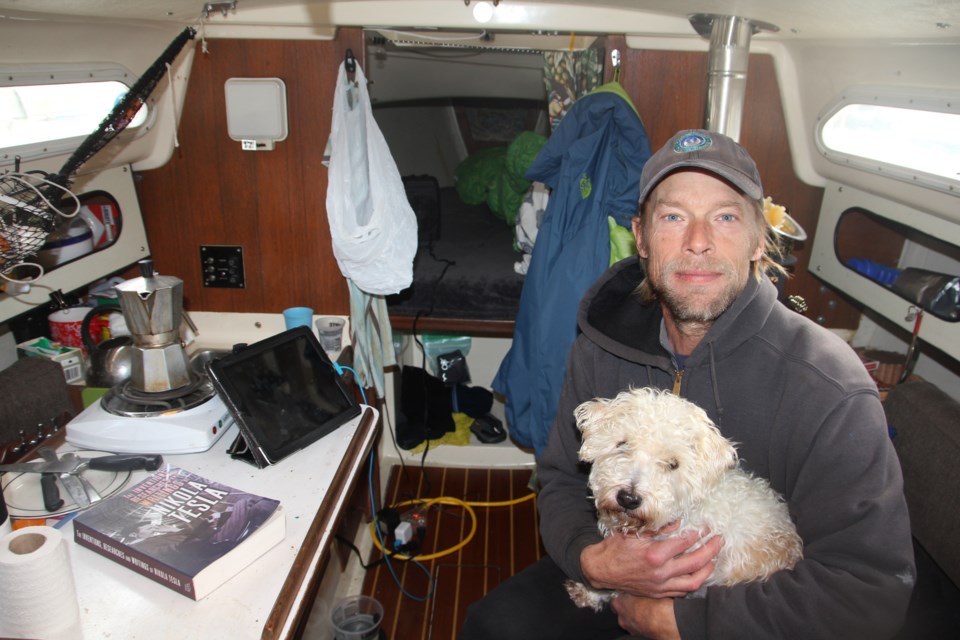 Michael Chapman in the sailboat he calls home.MERIBETH DEEN

Since being fired from his job as Caretaker of Crippen Park and evicted from the Metro Parks-owned cottage he called his home, housing activist and former candidate for council, Michael Chapman, has been dabbling on the edge of homelessness.

After moving out of the cottage on Cardena Road last February, Chapman headed to Terrace, BC, to visit family. He says health complications made him realize that Bowen was the right place for him to be.

“This is where my network is,” he says. “I’ve been on Bowen since 1979 when I was 14 years old. Before coming back though, I did do a road trip across Canada. That made it clear to me that the housing problem is everywhere, I would rather stick with the community I know and try to come up with solutions that can work for us.”

Since his return in July, Chapman has settled into life on his 23-foot day sailor, docked in the Bowen Island Marina.

“I’ve got a cooler, a small wood-stove, a hot plate and I use the local public facilities, including the showers over at the Union Steamship laundry mat,” says Chapman. “My needs are pretty simple, I would be happy with a 300 square foot rental with cooking facilities and a washroom. But the options are severely limited.”

Chapman says that he knows he is not the only one here on Bowen with housing that’s inadequate or unstable, but he wants to find out for sure.

“I figure there’s probably a dozen people who are homeless on Bowen, maybe 20 more who are lacking stable housing,” says Chapman. “But I’d like to know for sure. I’m simply asking for age, housing situation, and gender.”

Chapman adds that he does see hope in the fact that we are two years away from a federal election and one year away from municipal elections, so are more likely to see some action on the issue of housing.

“I think we’re going to hear a lot about what’s being done,” he says. “But it’s important to scrutinize the talk by looking at what’s actually been done. Here on Bowen, there have been some really great solutions proposed, including Tim Wake’s Foxglove Housing plan, and Housing Bowen’s proposal to create rentals and low-barrier ownership based on the community land trust model.”

To provide information on the Bowen Homelessness survey, write to housingbowen@gmail.com