City of North Van may make booze in parks permanent

The City of North Vancouver isn’t ready to put a cork in the pilot project to allow booze in parks. City staff are recommending that council make the program permanent, with a few tweaks.
Oct 15, 2020 4:37 PM By: Brent Richter 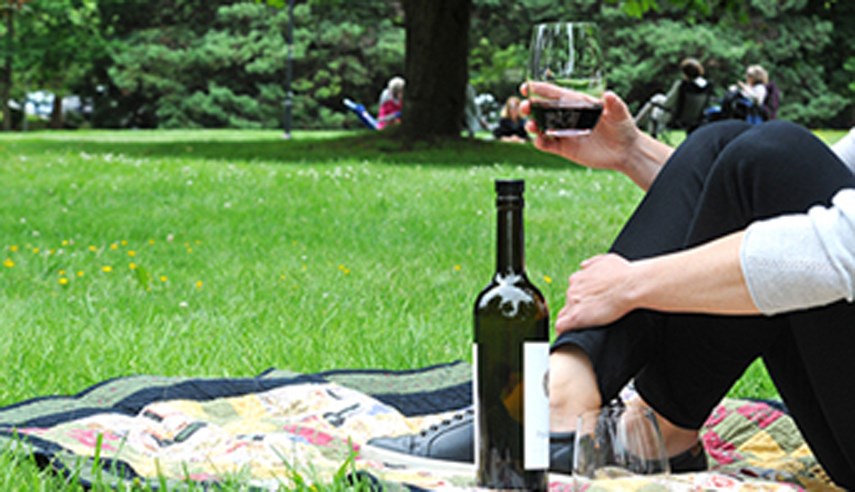 The City of North Vancouver isn’t ready to put a cork in the pilot project to allow booze in parks.

City staff are recommending that council make the program permanent, with a few tweaks.

The city made national news in June when council voted to allow public consumption of alcohol within designated areas of nine civic parks and plazas – the first jurisdiction outside of Quebec to do so.

The pilot project, in response to COVID-19, was intended to give city residents more options to safely socialize outdoors while giving some stimulus to local business.

According to a city staff report that will go before council Monday night, residents made good use of the change and, for the most part, did so responsibly.

More than 85 per cent of the written comments the city received about the pilot were positive, suggesting it should be expanded and made permanent. Anecdotally, staff found businesses benefited through increased takeout and delivery to parks.

The original pilot included Waterfront Park (with a 20-metre buffer around the children’s playground), Victoria Park (west), the grassy area on the west side of Mahon Park, the civic plaza adjoining municipal hall and the North Vancouver City Library, Grand Boulevard and the northwest corner of Ray Perrault Park, Kings Mill Walk, the foot of Lonsdale, Shipbuilders Square, and Cates Deck.

Between June and Oct. 15, when the pilot project was scheduled to end, police were called 13 times for complaints related to alcohol in the designated areas. Of those, seven calls were for noise at the civic plaza, so staff are recommending it be pulled from the list of places where people can pop a cork.

The city did incur about $80,000 in extra garbage and recycling collection expenses while the pilot was on, although park use was up generally over the summer months, staff noted.

The report also recommends a change to the hours when people enjoy a local pilsner in public, making it go from noon until dusk, rather than 11 a.m. to 9 p.m.

Council is scheduled to debate and vote on the matter on Monday night. A live streaming service is available during the meeting, which is scheduled to begin at 5:30 p.m., and can be viewed by clicking here.