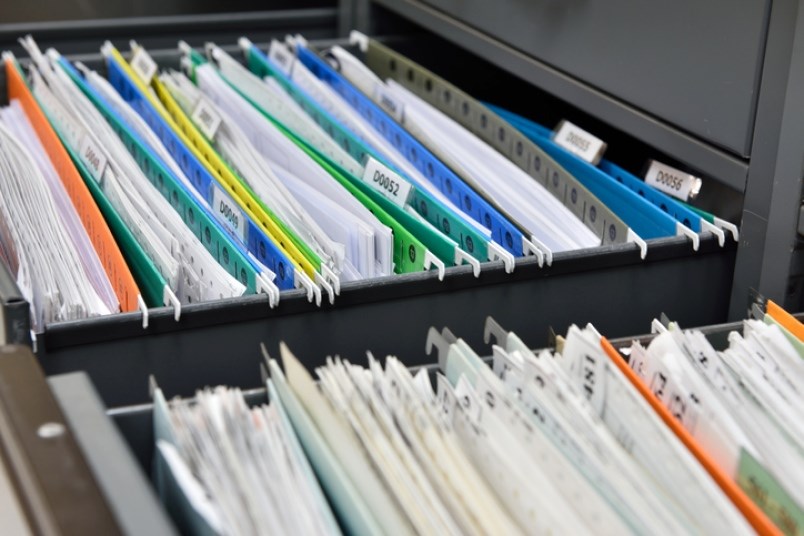 Photo by Nirat/Getty Images
It’s long been said information is the currency of democracy but COVID-19 restrictions have cut its flow, a threat some experts say threatens democracy itself.

Indeed, journalists, access to information officials, lawyers, journalists and politicians affirm that information flowing from access or freedom of information requests – or FOIs – not only about COVID itself but also about the functioning of social and political systems – has been cut since the pandemic kicked into high gear  in spring 2020.

And that, they say, has imperilled Canada’s democratic health as transparency of government operations diminishes. Without that information through transparency, voters are deprived the ability to make informed voting decisions.

“The FOI system is critical to the functioning of democracy,” B.C. Information and Privacy Commissioner Michael McEvoy said. “It is not possible to hold government accountable if we don’t know what they’re doing.”

He called a properly functioning system, governed in B.C. by the Freedom of Information and Protection of Privacy Act (FOIPPA), “part of the cost of democracy.”

To be sure, the Opposition BC Liberal Party has concerns about its ability to hold the NDP to account. Opposition parties across Canada make frequent use of the system to get records to hold governing parties to account.

“FOI has definitely gotten tougher over the past year, which looks to be very closely linked to what we now know was pre-election time,” Liberal caucus communications director Carlie Pochynok said.

She said many requests submitted before and since March 2019 have received automatic extensions as per notices from McEvoy’s office.

“This has been particularly evident with requests made to the Ministry of Health,” she said.

Simple routine requests to ministries for briefing notes have been delayed – often with COVID-19 or workloads being cited as reasons for delays.

Further, Pochynok said, extension have been requested right before deadlines or fees applied after final extensions

“Acknowledgments have been delayed as well throughout the pandemic – with wait times fluctuating,” she said. “This has largely improved – but pre-election it was 14 to18 days in some cases for acknowledgements.”

The Ministry of Citizens Services said in a statement to Glacier Media that protecting the health and safety of people and their communities has been its top priority during the COVID-19 pandemic.

“Government operations, including FOI, have been impacted by the public health emergency as we prioritize the wellbeing of British Columbians and public sector staff,” the statement said.

The ministry called access to information vital to the functioning of B.C., and its democracy.

“FOI is not just used by reporters and political parties. Many people use the system as part of their work, including academics, researchers, lawyers, business owners and public sector staff from other jurisdictions.”

The ministry said FOI volumes have increased by approximately 40% since 2017, “driven in large part by a significant increase in requests from a political party.”

“Despite this challenge, government has been able to improve its on-time response rate.”

“We’re proud of what we’ve achieved so far and we are looking forward to even more progress in the year ahead,” the statement said.

“Pretty much a disgrace”

Former speaker of the legislature Darryl Plecas said the approach to information dissemination in the pandemic has been lazy, that B.C.’s government has hidden behind excuses that technology is insufficient or staffing is depleted.

“The name of the game here is how we get it to where it should be,” he said, noting businesses have worked out how to continue functioning in the pandemic. “I say goddamn fix it. Figure it out.”

Moreover, the 2013-20 Abbotsford South MLA said, the fact the legislature’s operations are not subject to FOI regulations is “pretty much a disgrace.”

“It’s one of the things that has facilitated corruption at the legislature,” said Plecas, whose investigations led to the removal of Clerk Craig James and Sergeant-at-Arms Gary Lenz.

He said the length of time for responses to requests and heavy redactions in supplied material defeat the system’s purpose.

So what should be released in Plecas’ view?

“Damned near everything unless it’s related to someone’s legal issues or if it’s someone’s personal information,” he said.

At the moment, he said, “it’s so indiscriminate.”

Open information gives people a full picture to have a say in government, he said.

But, said Mount Royal University journalism professor Sean Holman, COVID or not, freedom of information and its impact on democracy is not an issue that particularly concerns Canadians.

“How much democracy do Canadians want?” he asked. “How much do they care about their country?”

“The answer we’ve been given,” Holman said, “ is that we don’t want a lot of democracy in this country and we don’t care too much about it.”

The pandemic, he said, “has exasperated the worst tendencies in Canadian public institutions” to try and hide information.

“Most Canadians have gone along with this,” he said.

McEvoy, a lawyer, said media plays a part in information retrieval and dissemination. “They represent the pursuit of the public interest.”

Plecas said media should be given as much information as possible and then held accountable for how it is used.

Also among heavy users of the system are opposition politicians seeking to hold governing parties accountable, lawyers and businesses.

FOIs made under federal and provincial legislation are handled by analysts who search records, making redactions where needed by law.

But with those government workers often now distanced from their offices and records systems due to pandemic restrictions, such work is at times impossible.

In some cases, departments are operating at limited capacity and are prioritizing urgent requests related to such issues as medical benefits, social services, class actions and legal proceedings.

As for those using the system to expose government activities that often remain in the shadows, Holman said, “Government secrecy isn’t a ballot box issue in their country.”

So why don’t Canadians care about access to government information?

“I think partially it’s because we think we’re a boring country,” Holman said. “We are a fascinating country.”

And then he went further. “The biggest problem the Canadian media faces isn’t the internet; it’s Canadians and why Canadians aren’t really interested in knowing what their country is all about.”

Federal government secrecy dates right from the start of the introduction of the system. Even while planning to introduce Canada’s first freedom of information legislation in 1979, former prime minister Joe Clark was warning his ministers not to keep records that could be accessed under the law.

“I think it illustrates just how seductive secrecy is,” Holman said. “It’s not just a loss of history; it’s a loss of accountability.”

The notes unearthed by Glacier Media have Clark saying the practice among Prime Minister’s Office and Privy Council Office staff of not keeping diaries should extend to ministers.

“Ministers should also be sensible in the amount of correspondence between them and recognize that such correspondence would have to eventually relate to freedom of information which it was expected to be introduced in the House,” said the notes for June 5, 1979.

He said Clark’s government was the first to introduce access to information legislation.

But, Holman added, with the fall of Clark’s short-lived government, legislation wasn’t enacted until 1983 by Pierre Trudeau’s Liberal government.

Holman said access to information was something Clark campaigned on in 1979 when he toppled Trudeau from power for a brief nine months.

“If people don’t keep records, they don’t keep diaries, we are losing something precious,” Holman said. “We are losing who we used to be and that’s sad.”

Glacier Media reporters have ongoing requests to all levels of government and regulatory agencies, some outstanding since 2018.  Work on those requests slowed as government staff began working from home.

It’s not unusual for government to ask for extensions on requests in normal times where a response is required in 30 days and extension notifications made after that. Now, such extensions for as much as 180 days can arrive at the start of a request.

“Between April 1, 2017 and March 31, 2020, government took it upon themselves, in over 4,000 cases, to extend the response time for an access request without any legal right to do so,” McEvoy said in a report.

He said the situation was undermining B.C.’s Freedom of Information and Protection of Privacy Act.

He maintains that belief, saying now the situation revolves around consent from the applicant.

“In these cases, what the public body will do is tell us when they get consent, and when the applicant doesn’t consent, they just take the extension,” McEvoy said.

He said in December that public bodies have had to adjust to function on regulatory timelines.

It’s McEvoy’s office that deals with requests for extensions, something he said is being done with vigilance.

“We look at each and every request that is coming into our office very carefully.”

But, he added, the number of bodies seeking extensions is down 75%.

But, McEvoy explained, he gave public bodies an extra 30 days for response extensions due to COVID. He said that adds up to a similar number of extensions for the same time period last year.

A Glacier Media analysis of federal agencies showed that while the COVID-19 pandemic has slowed Ottawa’s handling of access to information requests, the country’s law enforcement agencies and defence department are often unable to meet legislated response requirements.

But, a July 22 report to Parliament from federal Information Commissioner of Canada Caroline Maynard examined Department of National Defence handling of requests. In her recommendations, she said other government institutions should take note that Canadians have a “quasi-constitutional right to access government information is not compromised,” she said.

With COVID, however, many are seeing the problem continuing.

McEvoy said it’s smaller public bodies that have been affected most.

Canadian Bar Association (CBA) B.C. Branch lawyer Keri Bennett said access legislation is something that plaintiff-side counsel might use in issues such as personal injury or employment cases.

Bennett, who leads the Roper Greyell firm’s Freedom of Information and Privacy Law practice and is on the corresponding CBA committee, said FOI slowdowns wouldn’t impact court or tribunal disclosures.

But she did say the pandemic has slowed court and tribunal operations.

The executive branch such as cabinet, the legislatures and the courts are considered the three branches of Canada’s democratic system.

Business Council of B.C. spokesman Colin Wong said the council is not aware of any concerns about the FOI system’s functioning.