The three unsold waterfront lots in question are to be part of a larger rezoning plan says Cape on Bowen CEO Candy Ho
Feb 13, 2020 2:14 PM By: Bronwyn Beairsto 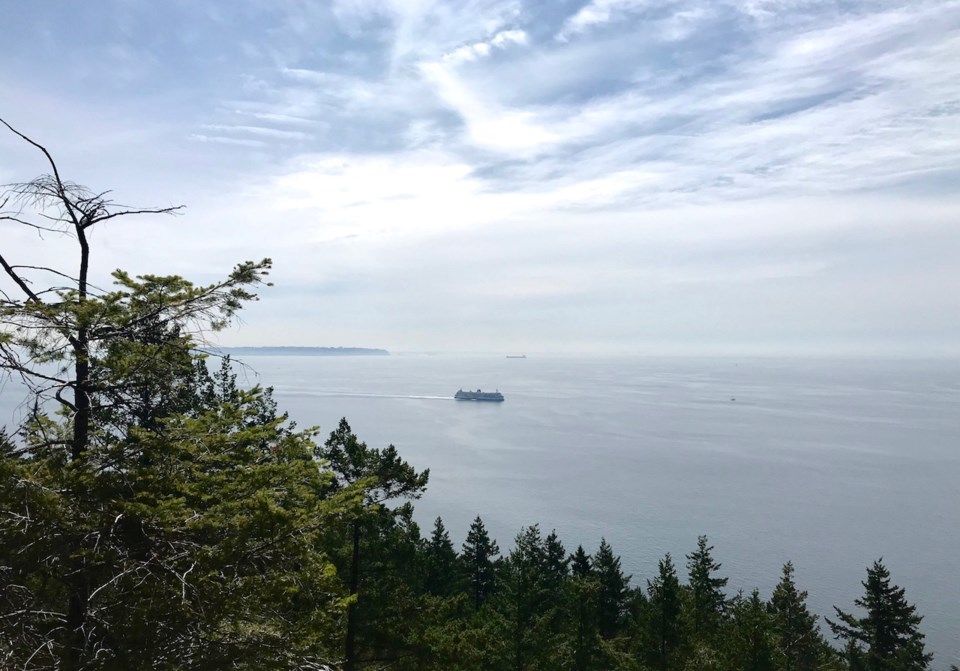 A view from the south side of the Cape.

Cape Roger Curtis is back in the public eye after news broke Tuesday afternoon that an anonymous donor is interested in buying the three unsold Cape waterfront lots––a total of 30 acres––to donate as parkland.

However, as the Cape on Bowen (the developer) is considering applying to rezone much of the undeveloped Capelands, these three lots have been pulled from the market and are being incorporated into a new masterplan, said Candy Ho, CEO of the Cape on Bowen Wednesday. Ho said that she has approached shareholders with the idea of the sale and they have decided not to proceed for various reasons.

The Cape has long been a controversial development. The community was split over a rezoning application a decade ago that would have seen the waterfront preserved in exchange for higher density inland. The controversy ended with the developer parcelling the land into 10-acre lots. However, with 24 lots sold and 35 remaining, the Cape on Bowen is once again trying at a rezoning, this time with Candy Ho at the helm. No zoning proposal has been made public yet, though Ho said that she hopes to have something tangible for people to look at in coming months.

Owen Plowman is president of Bowen Island Conservancy. He said that the donor, who approached him in October, wants to buy the properties at market value (as they know what the properties were listed at before being removed from market).

Plowman said he met with Ho on behalf of the donor in late November and then again in early December when he was told that the shareholders wouldn’t entertain an offer at this time.

The news of the proposition (no formal offer has been made) spread through a Bowen Island Conservancy email to conservancy supporters Tuesday. The email detailed the proposal from the anonymous local family. “The family want this land to be preserved for conservation purposes in perpetuity and made available for the enjoyment of residents and visitors to Bowen Island,” read the email, which quickly spread to Facebook.

When asked why the email was sent out when the parties appear to be at a standstill, Plowman said, “I think the community has to decide what’s important and whether they buy into whatever rezoning plan is put forth by the owners because that is potentially what is causing the blockage.”

Ho said that the rezoning plan and plan for these lots is still evolving. She said that she is envisioning public access to the waterfront lots.

“We took [them] off the market and that was because I wanted to make [the lots] available for the public waterfront and trail...and that in advance of having completed the actual planning, I don’t know what it will be."

Ho said that among the reasons for not wanting to sell the waterfront lots is that their environmental assessments say those are not the most ecologically valuable lots for conservation purposes. She says she’s instead eyeing 140 acres of land, much of which backs onto the Fairy Fen nature reserve, to conserve. Half of the lots are waterfront land, though none are the three in question.

Plowman said that the donor is only interested in the three waterfront lots.

“The donor is interested in creating a park on the waterfront, for the residents and visitors to the island, to be preserved in perpetuity for conservation purposes and for the enjoyment of the people,” said Plowman. “The land around Fairy Fen would be nice but really has nothing to do with what they want.

“This represents an amazing opportunity, which is a sort of once in a lifetime potential,” said Plowman. “We have somebody who has basically deep pockets and they’re willing to do this, make this fabulous philanthropic gesture.”

Plowman said that he is meeting with the donor next week and that he conjectures that the donor’s next move will be to put together a formal offer that they hope to present directly to the shareholders.

“Why would you not want to look at an offer with hard cash now and wait potentially a year or two for a rezoning plan, which may or may not be accepted, so it has a very uncertain outcome,” mused Plowman. “I don’t really understand that. I’m sure that the owners have their reasons but I don’t understand it and I work in business.”

Ho said that the owners are not planning on jumping just because money is offered.

“They don’t want to be reactive and just, you know, ‘oh, there’s a big waddle of cash and we’ll jump on it without really thinking it through.’”

Ho said that they instead want to look at what they’re trying to accomplish and how that’s best achieved.

Meanwhile, a Bowen Island Everything Else Facebook post announcing that the donor was proposing the purchase has garnered more than 300 “likes” and 100 comments.

Correction: A previous version of this article stated that of the lots Ho is looking at conserving, none of the waterfront lots. However, half of the 140 acres she's looking at are waterfont (and the other half backs onto Fairy Fen).