Heritage register established for Bowen Island and other muni morsels 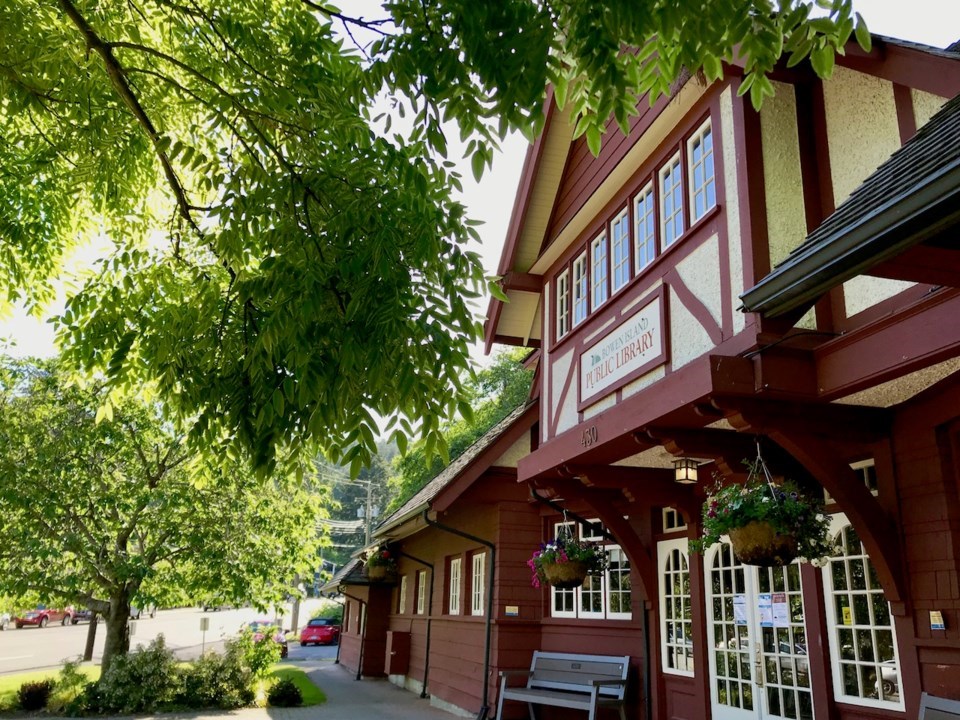 The Old General Store building, today the library, is one of the inaugural 10 buildings on the heritage register. Bronwyn Beairsto

BIM established a heritage registry with an inaugural ten entries at the regular council meeting Jan. 11.

“It’s sort of the introductory guide that identifies places that have heritage value that are recognized locally as having heritage value,” explained BIM planner Jennifer Pierce.

The register doesn’t include legal protections for heritage sites — there are other legal mechanisms for that — so it cannot stop a demolition or require owners to maintain a certain character. However, registered properties are listed on the Canada Register of Historic Places national database and are eligible for certain incentives and alternate compliance provisions.

Council excluded the two additional cottages in Davies Orchard that Union Steamship Company Marina owns and asked that the Heritage Commission come back with a joint request for the cottages’ inclusion.

Pierce and councillors acknowledged the work of the Heritage Commission and local volunteers over many years to bring the register to fruition.

“I’m really glad to finally see us actually getting something to establish the register,” said Coun. Alison Morse. “I remember Graham Dinsdale making a proposal many, many years ago.”

For the sake of play

The Bowen Island Community School playground, upgraded and opened in 2017, isn’t open to the public during school hours and when it is open is quite busy, council heard.

McGilivray  said she got into the project as she needed a place for her young son to play.

“I was ready to pull my hair out,” she said. “My toddler was done with walks, scavenger hunts, and birdwatching and frankly so was I.

“He wanted to go to the playground but explaining that it’s closed to a three year old usually ended up in disappointment or a tantrum.”

The three women said they would work with the community on needs and design as well as fundraising.

Mayor and councillors generally supported the idea and voted unanimously to have staff explore the idea with the group.