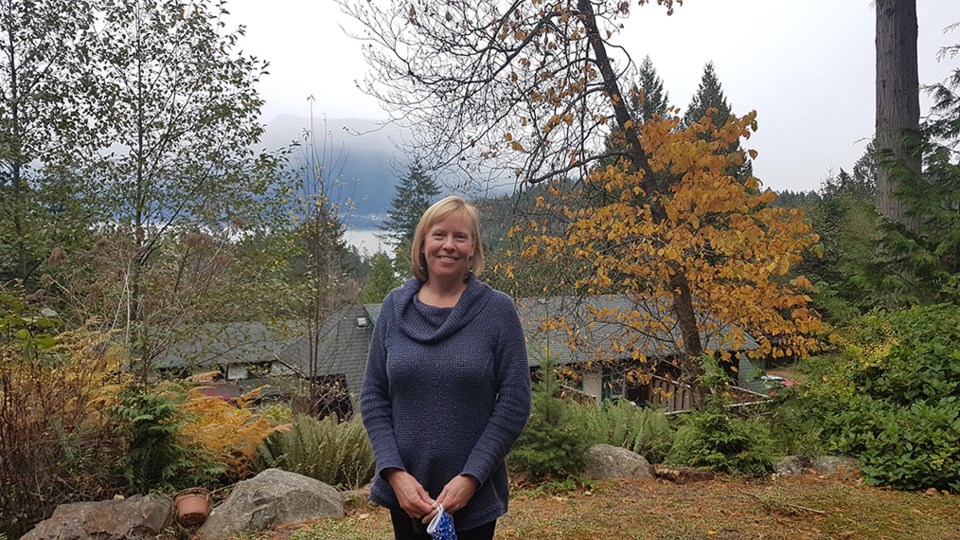 Gillian Drake and her family moved to Bowen Island in 2009 and Drake started at BIM in November, taking over from former rec manager Shauna Jennings.Bowen Island Municipality

Whether it be rugby, botany, or taking on the largest capital project in Bowen’s history, Gillian Drake is no stranger to a challenge.

Bowen Island Municipality’s newest senior manager – manager of recreation and community services – joined the muni in November, capping off a year of turnover in the former schoolhouse on the hill. (Changes included the arrival of director of engineering Patrick Graham, CAO Liam Edwards, and appointment of Aaron Hanen as the permanent fire chief.)

Drake spoke with the Undercurrent back in December.

For the past decade, Drake has worked at VanDusen Botanical Garden as director of education while living on Bowen with her family. “There’s huge similarities between the demographic of participants at a botanical garden and the Bowen Island demographic,” said Drake. “A lot of Bowen, Islanders were engaged with our programs as participants and as teachers and volunteers.

“I’ve been roping Bowen Island into the VanDusen programs for a long time,” she laughed.

“The people are similar, the processes are different.”

Drake’s path to Bowen and to BIM wasn’t conventional.

At the beginning of her career, after finishing an undergraduate degree in botany at McGill, Drake needed to get her hands in the dirt. She’d set up an internship in the Caribbean but it fell through at the very last second. She’d stopped in Miami on her way to the Caribbean and wound up getting an internship at a botanical garden there. “I always figured they realized I was never going to leave, so they created a job for me,” she said.

For the next 13 years, she worked at the garden growing their education department (which alone had 20 people).

“I got immersed in the ecological culture down there,” she said. “It’s a really weird dichotomy of people...a sort of lack of environmental mindset overall, yet incredible natural resources all around.”

But botany and learning weren’t Drake’s only passions. At the beginning of her Miami days, Drake was longlisted for Canada’s national women’s rugby team. “I actually ended up coming back to Canada for about five months for training for the national team,” she said.

Drake played one game in the Canadian jersey – it was against the U.S. “It’s quite a remarkable feeling to be standing on the field in a Canadian jersey, listening to the anthem before you play,” she said. “That’s an experience of a lifetime.” But she ultimately decided to pursue her career over rugby.

Drake has two teenage daughters who’ve grown up on Bowen and has long been immersed in the island’s recreational activities – both through her children and playing herself with Bowen Island Football Club and in the Slopitch league.

“I’ve built my understanding of this community and who we are and what is important to people over the years,” she said.

Over her first few weeks at the new job, Drake’s been reading BIM’s many community plans. “What comes through so strongly is…our connection to the land as part of who we are,” she said. “That’s such a core part of our identity – our sense of place and connection to Bowen, the people and the ecosystems.”

As someone who has spent her career in ecological and environmental education, building on that cultural identity, making its connections with recreation tighter, appeals to Drake.

“We’ve got such amazing natural resources and we have such a community interest in exploring and being on our trails and on our beaches and in our parks,” she said. “It’s a massive opportunity for us to do things more purposefully out in these places.”

And it aligns well with COVID-19-caused limitations.

“Globally, COVID has caused all of us to rethink our systems and our assumptions, which is stressful on one hand but…places you in that land of opportunity,” she said.

In her role as manager of recreation and community services, Drake sits on the Community Centre Select Steering Committee, and is a key part of the project’s management team – along with fellow project newcomers BIM CAO Liam Edwards and Hearth executive director Jami Scheffer (and others).

The learning curve for the $14.5 million project is steep but Drake’s taking it all in stride.

“It’s so much new [to learn] and I am absolutely, definitely a lifelong learner,” she said. “I like to learn something new every day.”