Muni Morsels: health centre and BIRCH get their land 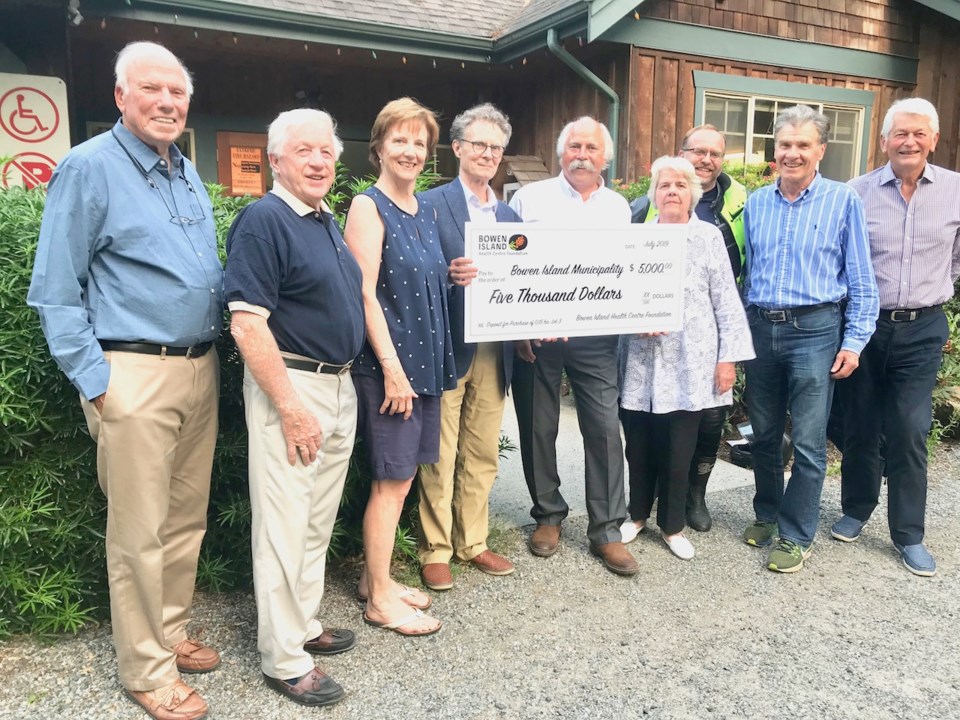 The following are briefs from the July 22 regular council meeting.

Fourteen years after purchasing 40 acres of land from Metro Vancouver, the municipality has (nearly) made its first sale of some of its Community Lands.

In a closed meeting Monday evening, council accepted an offer from the Bowen Island Health Centre Foundation to buy 0.15 hectares of Lot 3. The offer is subject to compliance with the notice requirements in the Community Charter. (The muni needs to let the public know.)

The property borders Miller Road, the fire hall site and the proposed Bowen Island Resilient Community Housing (BIRCH) site, but the land has not yet been subdivided along those lines. The sale won’t close until after that happens (likely a few months or more yet).

Members of the foundation presented Mayor Gary Ander and councillors with a cheque for $5,000 (a down payment) after Monday’s meeting, though the full sale amount hasn’t been made public. The money to buy the land came from a private donor.

Rhodes said that fundraising for the health centre will begin in earnest last August. The foundation wants to raise $5 million to build the centre mortgage-free.

“We’ve had tremendous reception from the public,” said Rhodes.

Rhodes also said that now that there’s land, the foundation can start recruiting and advertising for doctors.

He also said that there’s enough room on the site to allow for expansion well into the future.

Monday also held land tidings for BIRCH. In the open council meeting, council agreed unanimously to sign a lease agreement with the affordable housing non-profit. The 0.15 hectare property on Lot 3 is to be leased to BIRCH for a nominal rate for 60 years. The land will be held for BIRCH for up to three years before construction of approximately 24 planned rental housing units. Similar to the health centre, no lease on the land can be finalized before the property is subdivided, the cost for which will be shared among BIM, the health centre and BIRCH.

If this story sounds familiar, it’s because BIRCH and the Bowen Island Health Centre Foundation have been in similar positions before. Before the municipal election last year, both organizations had council-approved agreements to lease parcels of Lot 3. The agreements were paused and then rescinded after the election upon recommendation from the Mayor’s Standing Committee on the Community Land, which is tasked with reviewing best uses of the public lands. After months of discussions, the three parties came up with the new Lot 3 plan, which council has unanimously supported in open council.

The library and arts council are planning to landscape around Cove Commons and the library this fall. They received council approval Monday to put in some grass, paving stones, shrubs or trees and foundation plantings around the municipally owned property. The work is to cost $45,000 (paid through grant funding and money left over from the construction of Cove Commons). For the water-conscious, Tina Nielsen, the library’s chief librarian, noted that the library doesn’t water its lawn and is happy to let it turn brown (as happens during Bowen’s hot, dry summers of late).

“He’s a very, very valuable asset to come to us,” said Ander.

“I’m super happy to be here and super appreciative of the opportunity,” said Dickson.

Disclosure: the author of this piece is a tenant of the chair of BIRCH.

1
The Latest: India vaccinates 2 million health workers
2
Beachgoers on Bowen Island get a close encounter of the orca kind (VIDEO)
3
US boosting vaccine deliveries amid complaints of shortages
4
New COVID-19 infections in B.C. continue to trend lower
5
Cameras in Snug Cove are for Netflix TV series