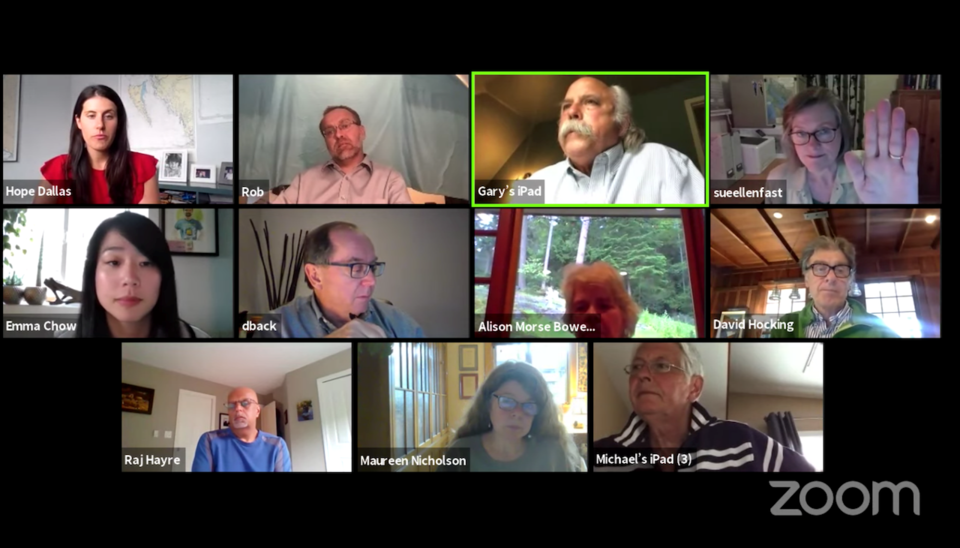 The following are briefs from the May 11 Bowen Island Municipality regular council meeting:

Taxes: While property taxes are still due July 2, islanders who will have difficulty paying will get a bit of a break. Council voted unanimously to reduce the property tax late penalty from 5 per cent to 2 per cent for those who pay after July 2 but before (or on) Aug. 31. The province announced back in April that it was giving  commercial properties, classes 4, 5, 6, 7 and 8, until Oct. 1 to pay their taxes without a late fee, so this bylaw will only affect resident class and farm class taxes. Last month BIM set the property tax increase at 4.7 per cent, a reduction from the previously proposed 7.6 per cent increase in light of the economic implications of COVID-19.

The Islands Trust too adjusted its budget  due to COVID-19––Bowen’s requistion dropped eight per cent (it had been set to drop five per cent).

Chief Financial Officer Raj Hayre said that he was aligning this move with other Metro Vancouver municipalities’ measures.

Woodfibre: Woodfibre LNG is requesting a one-time extension of its provincial environmental assessment certificate (to expire Oct. 26) for its planned liquid natural gas export facility. The provincial Environmental Assessment Office invited Bonny Brokenshire, BIM’s manager of environment and former member of the Woodfibre working group, to review the application. BIM is asking for an extension on commenting on the application as it received the invitation late. (Brokenshire said it wasn’t until she caught that the technical working group was reconvening and inquired after it that she was invited to join officially on May 2. The province received the extension application March 24. A presentation from a My Sea to Sky representative earlier in the evening said that several other municipalities had been omitted from the invitation to comment.)

While council voted to ask for the extension it also asked for Brokenshire to come back at the May 25 regular meeting with more detail so that she could incorporate council feedback into her review.

Brokenshire said she only comments in her areas of expertise––more the biophysical aspects––and in terms of making sure that what proponents are asking is rational and reasonable.

Brokenshire’s report said that in 2015, after the province approved Woodfibre LNG, council expressed concern through resolution “that this project lacks adequate safeguards and represents a step toward the re-industrialization of Howe Sound.”

It’s a 2020 thing: It seems even Bowen’s sewer system has had enough of this poop.

Council is delaying plans for a comprehensive review of the properties designated village residential on Miller Rd. as the new director of engineering has found the Snug Cove Sewer System cannot accept additional density.

“We know that we’re at or near capacity,” said interim chief administrative officer Dennis Back.

Back said that Urban Systems is studying the system and is expected to come back in July with an analysis of whether or not there’s a problem and remedying  options. Back said that the consultants are looking at short-term and long-term solutions.

“We’re in a bit of a holding pattern until they do their further work and we get their report,” he said.

Temporarily not allowed: Temporary Use Permits are (probably temporarily) on hold while the municipality looks to amend the island’s Official Community Plan to allow TUPs once again. Temporary use permits allow uses not normally allowed an area’s zoning. While BIM has long issued TUPs, recently residents pointed out when Island Discovery Learning Community applied for a TUP to set up in Deep Bay, that BIM doesn’t have a designated area for TUPs as required under the Local Government Act. While previous TUPs stand, BIM isn’t issuing new ones until this is sorted out. Mayor and council unanimously agreed that it plans to designate the entire island as an area in which TUPs may be issued but sent the matter out for comment from Islands Trust and the Advisory Planning Commission before a bylaw is drafted.

A staff report from the manager of planning and development, Daniel Martin, said that designating the entire island is, to his belief, keeping in line with the intent of the 2011 OCP.

Transiting: While council had been set to consider granting up to $15,000 for Bowen Island Transportation Society’s operation of an alternative bus service on Bowen, TransLink’s decision to return Bowen’s public bus service lightened the financial load. The society ran its on-island bus for only a week with an estimated expenditure of just over $2,600. TransLink ended Bowen’s bus service on May 2 as a cost-saving measure but returned it May 11 after discussions with the province. Read Mayor Gary Ander's letter of thanks to the society