Granville Island remains one of the most sought-after destinations for visitors to Metro Vancouver. The way in which residents and tourists alike can enjoy this place has been debated for years.
Dec 26, 2019 6:00 AM By: Mario Canseco 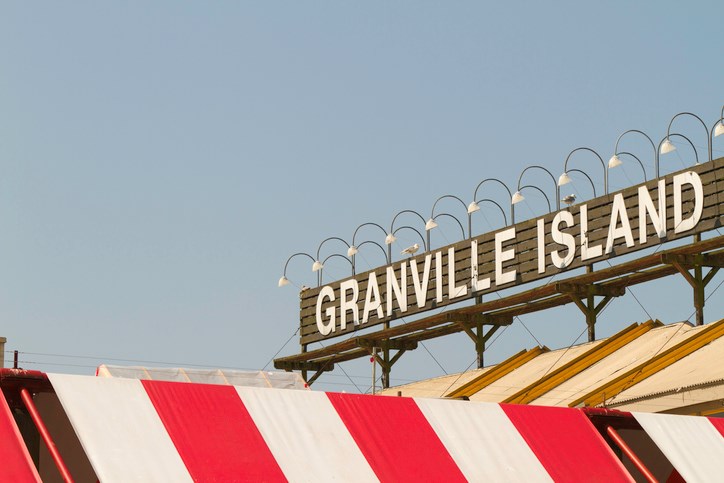 Granville Island remains one of the most sought-after destinations for visitors to Metro Vancouver. The way in which residents and tourists alike can enjoy this place has been debated for years. There have been many suggestions, such as turning the entire venue into a walkable, bikeable, car-free zone.

In June of this year, all free parking spots in Granville Island were eliminated. The rush to find that elusive complimentary space near the Public Market was replaced – as has been the case in most of Vancouver – by parking meters that can be accessed with coins or phone apps.

Last year, Research Co. found some resistance to this course of action, with 58% of Metro Vancouverites saying they were not in favour of abandoning free parking at Granville Island. In any case, the decision has been made, and all that is left is to see how the public will react to the new regulations.

When Research Co. asked about Granville Island again earlier this month, 19% of Metro Vancouverites said they are now more likely to visit as a result of the elimination of free parking. However, one third (33%) claim that the guidelines have made them less likely to visit.

Among the groups that show a higher propensity to stay away from a Granville Island with paid parking are women (41%), Metro Vancouverites aged 55 and over (43%), residents of Surrey (40%) and those who relied on their own vehicle in their last visit to the attraction (also 40%).

From May to September, parking at Granville Island costs $3 an hour, while the price is reduced to $2 an hour from October to April. The fees only apply from 11:00 a.m. to 6:00 p.m., but take away the nearly 60% of all existing spaces that were free – if you were lucky enough to find one.

Across Metro Vancouver, 60% of residents say they have visited Granville Island more than once over the past two years; this is a drop of four percentage points compared with 2018. As expected, proximity plays a key role for multiple visitors, from a high of 68% for Vancouverites to 53% for those who reside in Surrey and 52% for those who live in Burnaby.

Almost half of Metro Vancouverites who went to Granville Island (45%) say they got there using their own vehicles during their last trip. This includes majorities of visitors who live in Burnaby (56%), Surrey (55%) and other municipalities except Vancouver (52%). Vancouverites are significantly more likely to have taken public transit (38%) or to have walked to get to Granville Island the last time (10%), but almost four-in-five arrived in their own vehicles.

Sightseeing is second on the list of motivations to make a trip to Granville Island (20%, down five percentage points), followed by going for a meal or snack (19%, up two points), shopping that is not related to the Public Market (13%, up eight points) and attending an arts and culture performance (9%, down seven points).

The Public Market motivated 35% of residents of Vancouver to make their last trip to Granville Island. The market is an even bigger draw for visitors who arrived from Burnaby (41%) and Surrey (39%).

Attendance for a meal or snack is fairly consistent across all three age groups. Metro Vancouverites aged 55 and over are significantly more likely to visit Granville Island to simply enjoy the sights (28%, compared with 16% for those aged 35-54 and 19% for those aged 18-34).

The survey shows a public that, while not thrilled with the introduction of metered parking, continues to regard Granville Island as a key destination. The decision to charge for all parking spots has not resulted in a significant drop in the number of visitors, and the reasons to visit Granville Island are as evident as they were before.

Years from now, the proportion of residents who are upset with having to pay to park at Granville Island might drop. Metro Vancouverites may begin to use different methods to get around and become more accustomed to the new reality for drivers: practically every spot has a price.

Results are based on an online study conducted from December 9 to December 12, 2019, among 700 adults in Metro Vancouver. The data has been statistically weighted according to Canadian census figures for age, gender and region in Metro Vancouver. The margin of error—which measures sample variability—is plus or minus 3.7 percentage points, 19 times out of 20.