“It is not anything against a country," says Honest Kitchen's chief integrity officer, citing melamine contamination in 2007
Kacy Wu Mar 28, 2018 8:30 PM
Previous Next
1 / 1 Pet food labelled “no ingredients from China” at Tisol's Richmond location.
Expand
Previous Next

When Richmond resident, Lily Du, got home with a new bag of dog food for her pooch, she was shocked to read the side of the packaging stating “no ingredients from China.”

“I felt offended when I saw the package and I don’t feel very comfortable that a product like this exists in the market,” Du told the Richmond News.

“I think this brand is nearsighted; they don’t even know that China has good quality food as well.”

Du had bought the Honest Kitchen’s pet food from Richmond’s Tisol Pet Nutrition and Supply Store, which is owned by Pet Valu, which also owns Bosley’s.

“Plus this type of advertisement is going to divide our community. If somebody buys the product based on the ingredients not being from China, it means that person already has a biased against Chinese products, and this is one more thing on the market to convince them of their own biases, which is not healthy,” she added.

The News went to the Tisol store in Richmond and found the same product on the shelf. 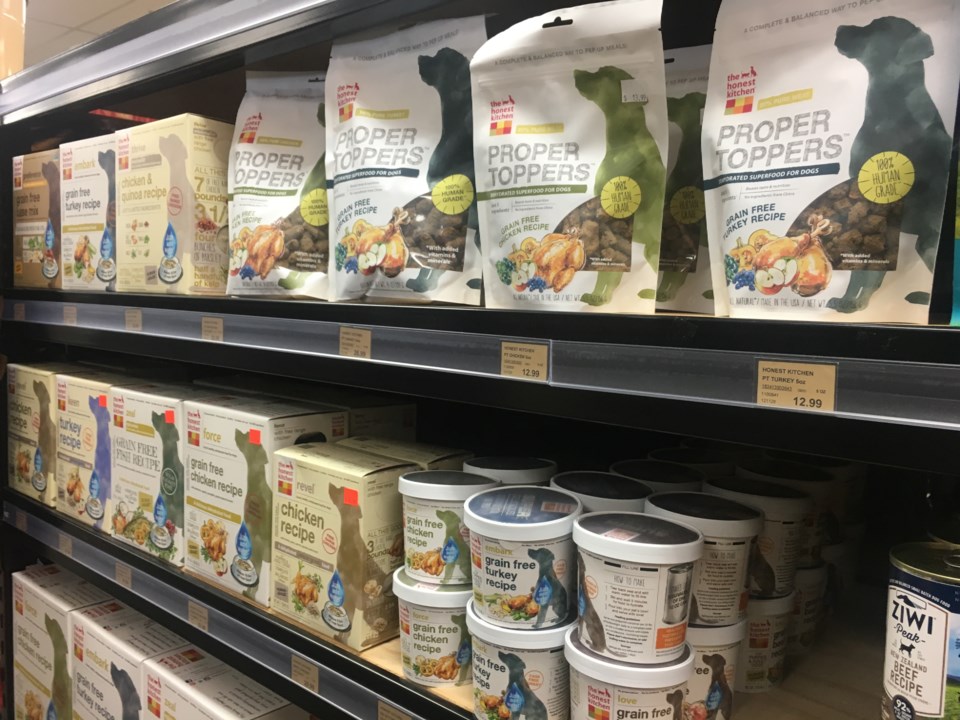 “It is weird that the product was labelled like this,” a store clerk told the News.

“I think it might mean this product doesn’t contain outsourced food materials from any other country.

“I don’t know why they only mentioned the material is not from China, but maybe because some consumers think Chinese food quality is not good.”

In regards to carrying the product, the store manager said that is up to Tisol’s parent company, Pet Valu. The product is available at all stores owned by Pet Valu, which includes Tisol, Bosley’s, and Paulmac’s Pet Food, according to their website.

A spokesperson for the brand, Honest Kitchen, told the News the label reflects the brand’s food safety control.

“It is not anything against a country. It is founded on (our) food safety requirement,” said Lucy Postins, founder and chief integrity officer at the Honest Kitchen.

“Back in 2007, there was a massive pet food recall in the industry in the United States. It was extremely devastating and many pets lost their lives.”

She said most pet foods recalled at that time were manufactured using imported Chinese ingredients which were contaminated with a substitute called melamine, a chemical used in making plastic bowls and plates.

“[Melamine] turns out to be exceedingly toxic for dogs and cats and thousands of pets lost their lives.”

Postins said since that incident, people have concerns about using Chinese ingredients in pet food and Honest Kitchen is just trying to be responsible for the food safety of their brand.

“We have customers that are Chinese people or Chinese citizens and they don’t want to use Chinese ingredients for their dog and cat. So the label is not against the (Chinese) nation or people,” said Postins.

Regardless, some customers remain offended.

The News also interviewed some ethnically Chinese pet owners in Metro Vancouver and most of them said they felt offended and would not consider buying anything from this brand.

“I strongly felt this is discrimination against the Chinese nation and the slogan has crossed the line. They can say that China has had food safety issues, but U.S and Canada has also had issues and I don’t think they should judge Chinese food quality now based on incidents from before,” Richmond resident Ekki Wang told the News.

How B.C. could benefit from tracking Google searches about domestic violence
Jul 2, 2022 12:00 PM