The on-demand bus pilot on Bowen is over, so what next? 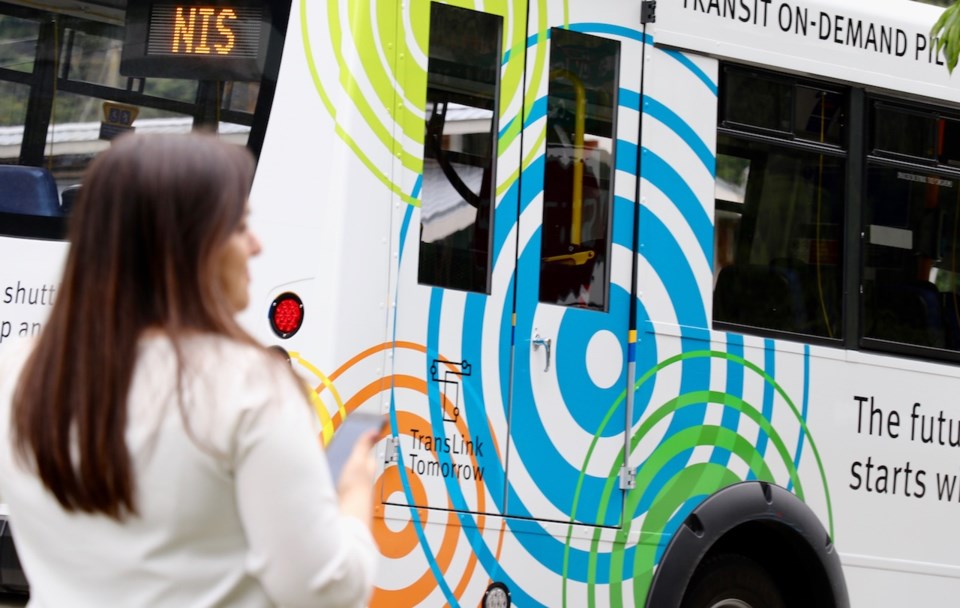 Two custom-wrapped buses have been cruising around the island for the past two months as part of the TapRide pilot project.Bronwyn Beairsto/Bowen Island Undercurrent

For the past two months, colourfully clad buses have chauffeured Boweners to the far reaches of the island. Even the golf course had bus service this summer. But now TransLink’s TapRide on-demand bus pilot is over and the company wants to know what we think about the service.

TransLink is asking residents and visitors to fill out an online survey that asks about user satisfaction and suggestions for the future of the app and bus service on-island. The survey is open until Sept. 29.

“TransLink’s transit on-demand pilot has been an important learning exercise and we’re pleased to see that it’s been well received by the Bowen Island community,” said Ben Murphy a TransLink spokesperson, in an email.

Murphy said that TransLink is looking for feedback from both residents and visitors, including people who chose not to use transit on-demand services. The company wants to know what worked well and what needs improving.

“Following this process we’ll review all the data and results, before deciding on what our next steps will be,” said Murphy.

The pilot project ran between July 15 and Sept. 15 and didn't affect regular bus routes. This broader service followed a beta test earlier this year that used the TapRide app to allow customers to reserve seats.

The recent pilot had two “on-demand concepts.” On weekday evenings users could book a ride only from the cove to another location so all rides had to start in the cove (one-to-many). On the weekends, users could request rides from anywhere to anywhere within the service area (many-to-many).

There were 1,686 TapRide accounts created over the course of the pilot.

“One in every five taps was in the on-demand shuttle during the on-demand operating hours on weekdays according to Compass tap data,” said a staff report to the Mayor’s Council on Regional Transportation. “On weekends (10 a.m. to 6 p.m.) this number increases to almost 36 per cent of all taps.”

Murphy shared that the app-collected user feedback was largely positive: the reliability of the service got 4.7 out of 5, ease of use 4.2 and overall experience 4.7.

“These learnings and this applied operational experience will help in transitioning to the next phase where management will be able to more competently assess and procure the best third-party service providers in what is now a very crowded on-demand marketplace,” said the staff report to the Mayor’s Council. “The next phase will need to assess the relative effectiveness (cost, wait time, journey time, ridership, revenue) of flexible on-demand microtransit service in different contexts compared to conventional fixed route service.”

The pilot will be discussed at the Mayor’s Council meeting Friday.