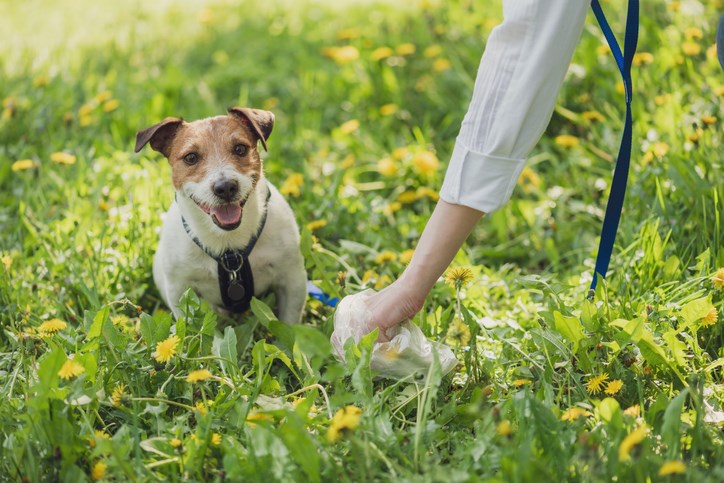 The City of Vancouver will soon pay someone to take dog poo out of bags.

The poo is, of course, in bags because city bylaws require residents to pick it up before depositing it at bins to move to poo-processing plants or landfills.

Whether it makes it to bins is another question entirely

However, say city tender documents, city waste collection staff are handling up to 6,900 tonnes of pooch poo annually and staff are now needed to process it at city waste facilities.

“Dog waste generally is collected in plastic bags that do not quickly or effectively break down,” the city request for information (RFI) said. “Diverting this waste from landfill is a high priority.”

The city is willing do have a contracted service as a capital installation owner and operated by the city or as a partnership of some form.

Among technologies the city deems acceptable are:

• automated poo de-bagging with methods to separate waste from bags for further processing;

• direct injection into the city sewage system for processing at regional waste plants;

A 2018 report done for Metro Vancouver regional district by UBC’s Kaitlin Lovering said an average dog can produce 0.34 kilograms a day. The city says there are up to 55,000 dogs in the city, creating that 6,900 tonnes.

The plastic bags go to an incinerator while waste is taken to the Iona Island Waste Water Treatment Plant (WWTP) where it enters the plant via the trucked liquid waste (TLW) stream.

A dog waste pilot project program began in 2016 in eight Vancouver parks. Bagged waste at the pilot sites is to go into designated red bins.

Scooby’s has run the pilot at a cost of $45,000, city engineering department Godfrey Tait said.

“Keeping dog waste off the ground is important,” a city website said. “People walk on paths and parks and no one wants to step or slip in your dog's waste. It's not a fertilizer, and does not disappear in the rain.”

But can Scooby’s do more? Or perhaps another contractor. The city seems to think so.

“This request for Information is to explore additional processing options and relative costs for a potential larger expansion of the pilot project,” Tait said.

And, the city isn’t going to shoulder this big load itself.

“The City of Vancouver is in regular contact with Metro Vancouver and other municipalities on this and on other issues.,” Tait said. “If the City of Vancouver discovers a viable solution for large scale processing of dog waste, we anticipate that other municipalities and levels of government may be interested in being involved.  We have factored this potential for participation from other government organizations into the tonnage projections contained within the RFI.”

In 2017, a total of 110.71 tonnes of dog waste were diverted from landfills using the program.

In anaerobic digestion, bacteria decompose organic matter in the absence of oxygen, the report said. The process produces methane and biosolids.

The methane is a biofuel and used to generate electricity, the report said.

The report said Metro Vancouver has found that when bags that say ‘biodegradable’ or ‘compostable’ are provided, pet owners are more likely to leave bagged pet waste on public grounds, “apparently under the impression that the bag and waste will both safely degrade.”

Further, while biodegrable bags may be what they say they are, regional plants don’t currently accept them.

“The local facilities are unable to successfully process these plastics because they often require specific conditions and/or microorganisms that are not achievable,” the report said.

“Use of compostable bags does not seem like a viable option at the moment. In the current system, the plastic bags that have been separated from the dog waste are sent to the Burnaby incinerator, where they are burned for electricity,” the report said. “As biodegradable and compostable plastics become more common, Metro Vancouver can re-evaluate the problem of plastic bags and dog waste.

It is not known how much the city is budgeting for the big job.

The closing date for proposals is Sept. 17.