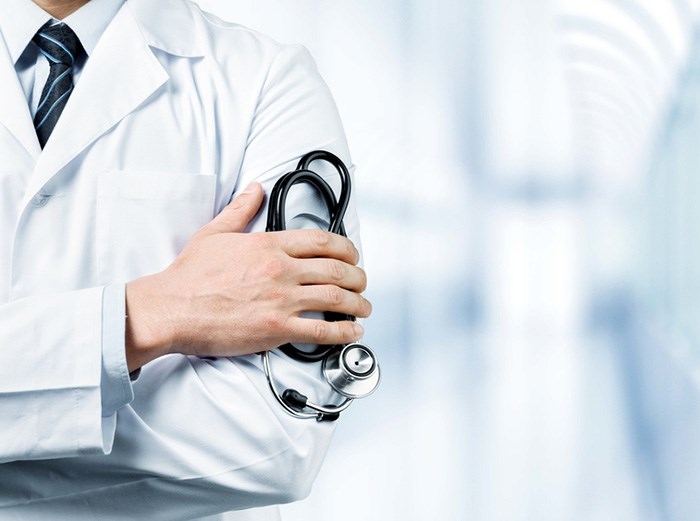 Doctor crossing arms and holding a stethoscope. (via File photo)

The opportunity to review public perceptions in the year of COVID-19 has provided some fascinating findings.

Over the past few weeks, we have looked at how Canadians perceive a worsening situation on account of the pandemic, as well as an endorsement of policies to reduce the rates of infection.

All across Canada, provincial governments have avoided the plight of other countries, and many American states, that have faced enormous difficulty in treating COVID-19 patients while keeping the rest of the health-care system afloat. Canada’s success in this endeavour does not mean that residents are unaware of specific issues affecting the prompt delivery of medical services.

Research Co. and Glacier Media have been annually tracking the views of British Columbians on the health-care system, as well as the appetite to access medical services in a different fashion – either through direct payment or by travelling abroad. While this year’s results show a commitment to the guidelines that govern the existing publicly funded system, they also outline struggles in specific areas of the province.

The proportion of overtly negative views on the health-care system is low, with just 11 per cent of British Columbians saying it has so much wrong with it that we need to completely rebuild it. Twice as many residents of the province (22 per cent) are extremely satisfied with the status quo, saying that the health-care system works well and only minor changes are needed to make it work better.

This leaves almost two-thirds of British Columbians (64 per cent) who assume a middle-of-the-road position, acknowledging that there are some good things in health care in British Columbia, but some changes are required.

Regionally, there are two areas of the province where the proportion of harsh critics of the system is greater than that of those who are completely content: northern B.C. (20 to 11 per cent) and Vancouver Island (19 to 16 per cent).

Men (28 per cent) and British Columbians aged 18 to 34 (27 per cent) are more likely to be pleased with the way things are going.

When British Columbians are asked about the biggest problem facing the provincial health-care system, more than a quarter (27 per cent) select long waiting times, while a slightly smaller proportion (24 per cent) identify a shortage of doctors and nurses.

While the top two problems have not shifted their ranking since 2019, there are some noticeable fluctuations. Worries about long waiting times are down 11 points, while concerns about a shortage of doctors and nurses are up four points. Other issues that may be affecting the health-care system garner a significantly lower number of mentions, such as inadequate resources and facilities (13 per cent, down two points) and bureaucracy and poor management (10 per cent, unchanged).

In September, provincial Supreme Court Justice John J. Steeves ruled that access to private health care is not a constitutional right, even if wait times for care under the public system are too long. The ruling – which is expected to be appealed – is endorsed by almost half of British Columbians (46 per cent), while 31 per cent would have preferred a different outcome to the legal challenge and 23 per cent are undecided.

This year, British Columbians are not particularly keen on paying out of their own pocket to have quicker access to medical services that currently have long waiting times. Across the province, 40 per cent of residents would take advantage of this opportunity, down five points since 2019.

The notion of travelling to another country for quicker access to medical services also fell markedly – an understandable side-effect of a pandemic that has severely restricted all forms of transportation. Last year, 37 per cent of British Columbians were willing to go abroad for health care. This year, only 27 per cent would consider the same course of action.

Our collective views on the health-care system appear to be trending in a positive direction, but localized setbacks remain. British Columbians are more likely to be satisfied with medical services than to suggest a complete overhaul. The number of residents who are concerned about waiting too long to have a test done or to see a specialist has dropped, but in specific areas of the province – such as the Fraser Valley and northern B.C. – the notion of an absence of medical professionals is a concern that must be addressed. •

1
Muni Morsels: Boon for Davies Orchard and a cidery is in the works
2
It was an all around record-breaking year for the Hearth's Mini Art Works exhibit
3
How this young Squamish Nation woman is making a big difference in her community
4
Meet your Bowen Island neighbours: Moira Greavan
5
Cameras in Snug Cove are for Netflix TV series