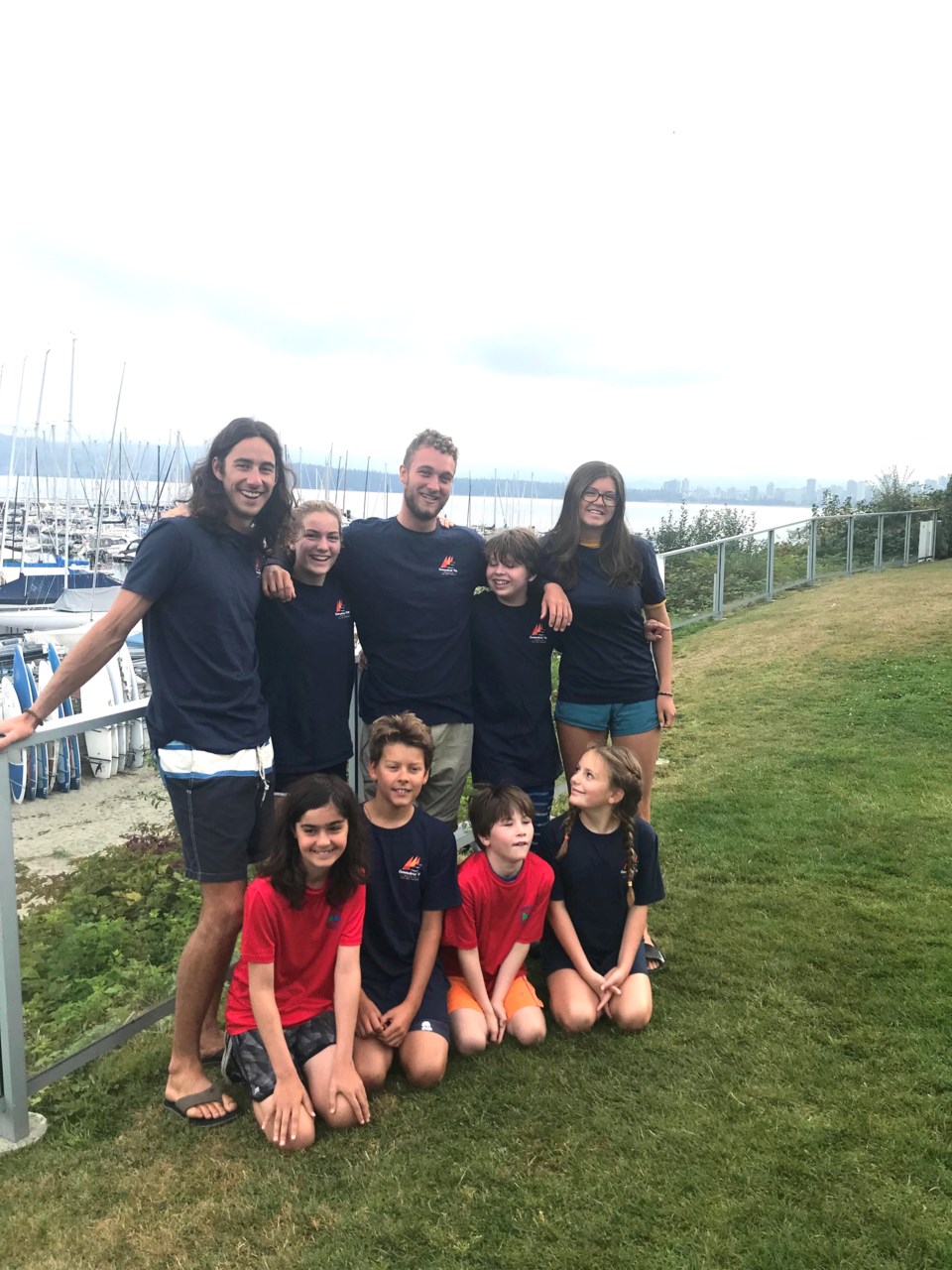 This is an introductory regatta open to all summer program sailors in the Vancouver area and hosted yearly by the Royal Vancouver Yacht Club.

The BIYC has not participated for two past years but returned with a gust this year with seven sailors and five boats.

We entered three Optimist boats (single-handed dinghys) and two double-handed RS Fevas, which are new to the club this year.

While Optimus green category sailors do not get their results posted, our two RS Feva teams placed 7th and 10th.