Responding to the community’s request and feedback for summer programming, Bowen Island FC has arranged for a number of summer programs this year for the first time in its 10-year history.
Jul 29, 2019 9:05 AM By: Morgan Quarry 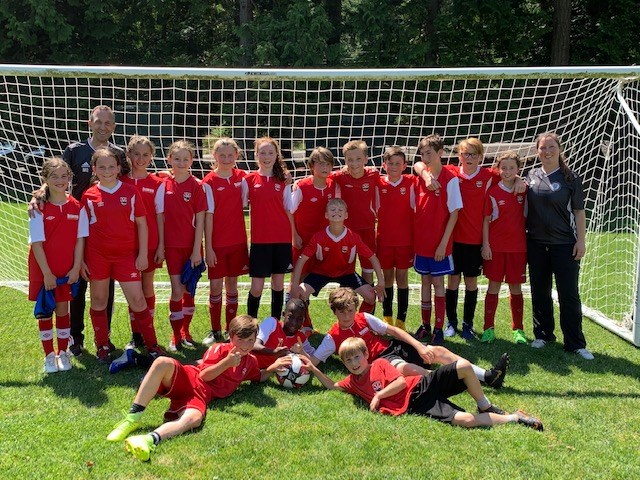 Responding to the community’s request and feedback for summer programming, Bowen Island FC has arranged for a number of summer programs this year for the first time in its 10-year history.

From July 8 to 12, the club held its first high performance summer camp featuring several former BIFC players as well as current members. The week-long camp was coached by Morgan Quarry and Deidre Farah and was extremely successful as it involved a number of young Bowen players who have shown a high skill level and commitment to the sport.

The second one-week camp was a skills camp coached by Tobi Volkmann, provided fundamental coaching for younger and newer players to the sport. It proved to be very popular.

The club also introduced its first summer adult coed drop-in games (Monday and Thursday evenings) as well as an adult skills clinic coached by Morgan on Wednesday evenings for those relatively new to the sport and/or eager to improve their skills.

The club will replicate its high performance and skills camp from August 26 to 30 with spots still open for the skills camp.

Finally, the club will be rolling out a new adult soccer program this fall aimed at new or experienced players who wish to play at a gentler pace than the current co-ed league. The club has been gathering feedback from a number of people and will be finalising details of the structure of this new adult program in the coming weeks.  While the popular adult co-ed league will continue in the fall, the club is committed to expanding its programming to serve the needs and demands of a wider community here on Bowen Island.

For more information on these camps or to register please visit bowenfc.com.