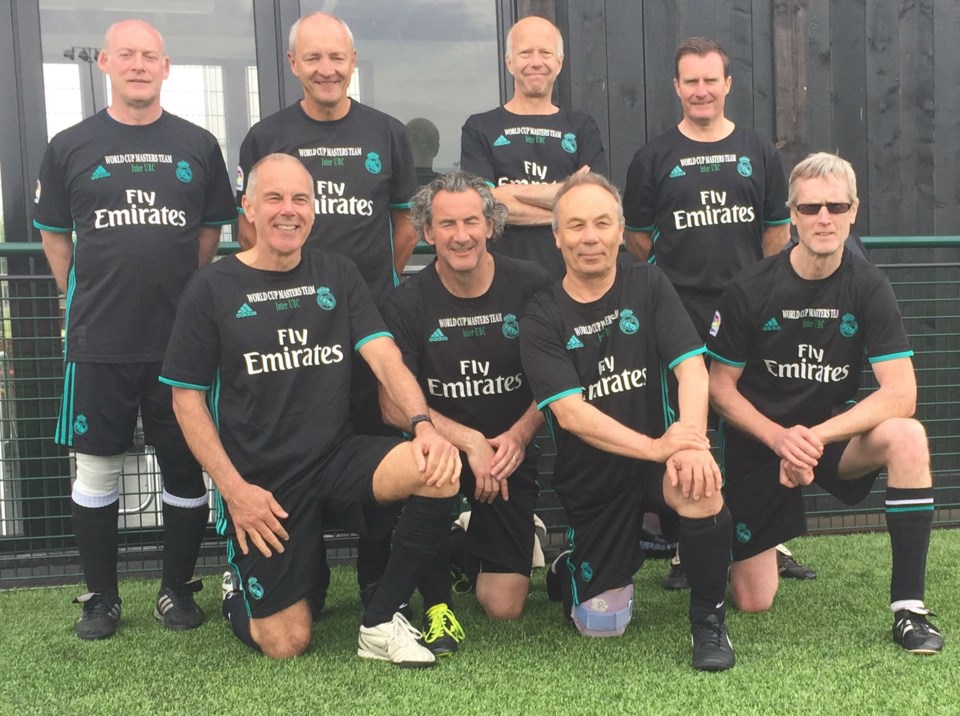 Building on previous masters soccer tournament success in the UK, Europe and the USA, along with months of hard training, the over-55 Inter UBC Masters Trinations Team  set off to compete in the 10th International Masters five-a-side and three-a-side World Cup Football Tournament in Bristol, England, earlier this month.

Each team played a gruelling eight five vs. five games on Day 1. The two-time masters world cup team winners and Bowen footballers played consistently high-impact games with amazing team spirit in all eight undefeated tournament games (often coming back from behind), with three tie games and five winning games to marginally take the champion title. Team Finland won the team fair play award and included some of the oldest participants in the tournament.

The Inter UBC Masters Trinations Team is the first masters team in tournament history since 2006 to win the world cup title a total of three times. It was also an impressive runner-up in the three-a-side tournament games, and also runners-up in the team penalty shoot-out competition within this same international tournament.

Many thanks goes out to the mixed-age local Bowen Island footballers for providing a great final practice game at BICS. The next soccer challenges for these three Bowen Island veteran players include preparation to defend the title at the International Super Masters five-a-side/futsal World Cup Football Tournament in in Paris, France, 2019.

Golf course reopens for Bowen Islanders but with strict rules in place
May 1, 2020 12:09 PM
Comments