Before entering grade eight, Elliott Beamer had never played a team sport, but when he started at West Vancouver Secondary School he decided to take up football.
Dec 18, 2016 9:27 AM By: Meribeth Deen 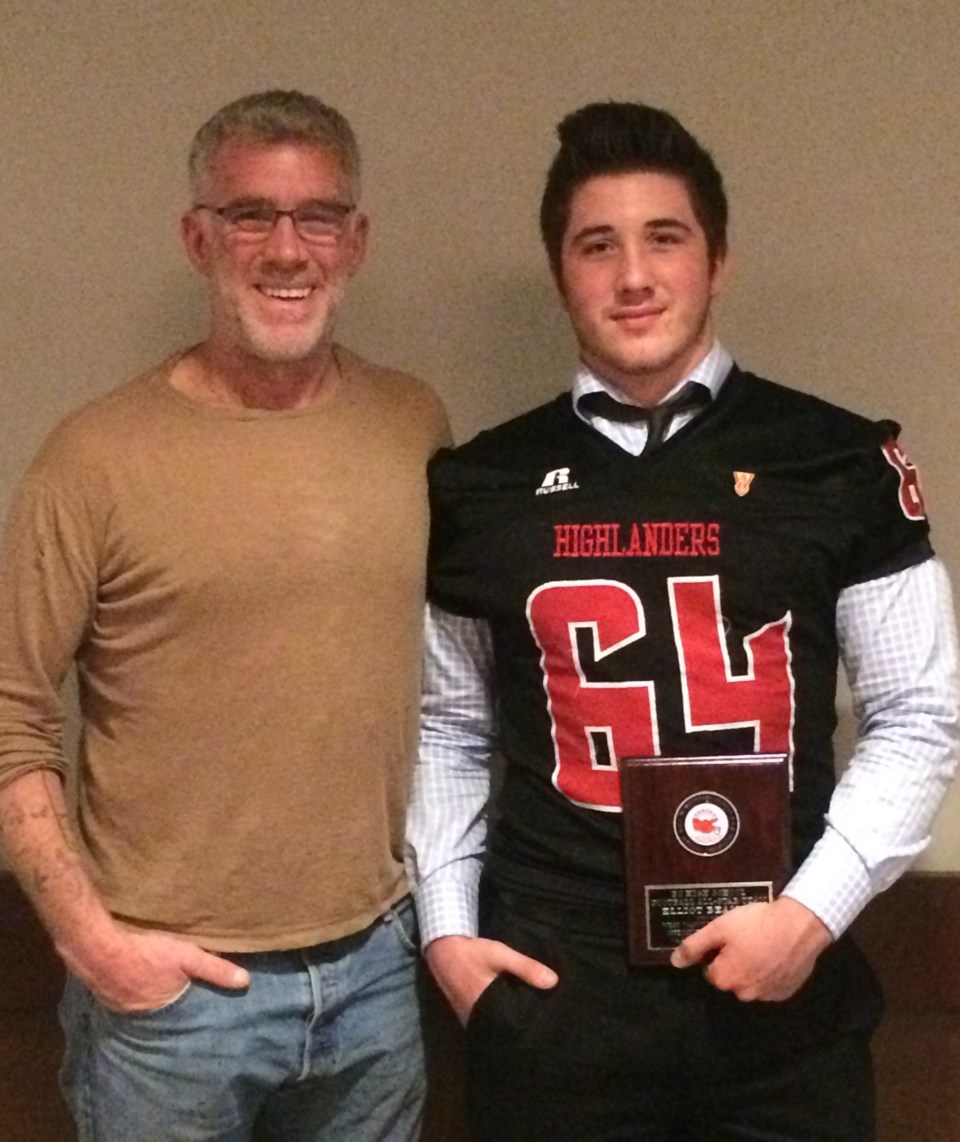 Elliott Beamer with his dad, Stacy, after the provincial All-Star Awards Banquet.

Before entering grade eight, Elliott Beamer had never played a team sport, but when he started at West Vancouver Secondary School he decided to take up football. Five years later, Beamer is one of 11 offensive players from across the province to be awarded a spot on the AAA All-Star team, he has also been awarded scholarships from a number of Canadian Universities.

“When I started out, I wasn’t very big for the position I was playing so I started working out and going to extra camps so that I could get better,” says Beamer. “I wasn’t really thinking about university as something I even wanted to do at that point, but I was introduced to the recruitment process at those camps and in grade 10, I realized that it was something I could maybe be a part of.”

Beamer says he started working harder at the gym, and in school.

“Football is a sport where the returns come slowly. You work out all year, and then only have an 8-week long season. I wasn’t getting very good grades early in high school, but football taught me to work hard at things and slowly reap the benefits.”

Now in grade 12, Beamer’s marks have increased to a 90 percent average.

His coach, Shawn Anderson, says that it is his performance off the field that really makes Beamer stand out to universities.

“Being big and strong opens doors, but what every university recruiter really wants to know is, can he get in and stay in? If not, you are not particularly useful to a university football program,” says Anderson.

Anderson adds that being awarded with a spot on the provincial all star team is a big deal.

“In my nine years of coaching at WVSS, only one other player has been awarded this,” says Anderson. “That player is now at the University of Texas, which is a division one school. Elliott is strong but he isn’t the biggest in his position, what he really gets on the field is what he needs to do in his position to help the rest of the team. And his work ethic really makes him stand out.”