The Masters is one of the most prestigious tournaments in golf, featuring the world’s best golfers playing one most beautiful U.S. courses.
Apr 21, 2019 9:03 AM By: Terence Mckeown 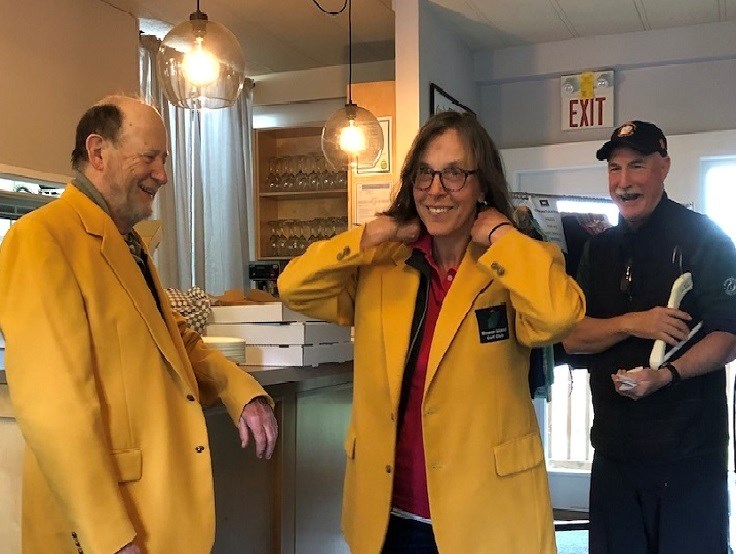 The Masters is one of the most prestigious tournaments in golf, featuring the world’s best golfers playing one most beautiful U.S. courses.

It’s only fitting that Canada should have its own version, also played on one of the country’s most beautiful courses –our own Bowen Island Golf Club.

To make things more interesting, each of our golfers is paired with one of their U.S.

Masters counterparts, their two scores from Saturday’s round combined to determine the winners. There is a catch: our player doesn’t know who their partner will be, or what their score is, until a random draw after the round. A player with a good score may be defeated by their PGA partner’s bad score, or play badly themselves yet surge to victory by the luck of the draw.

This year’s Island Masters took place on Saturday, April 13. As usual, rain was predicted but failed to materialize, proving once again that our magnificent course is watched over by one of the more beneficent golf gods.

Golfers of all ages and at least two of the sexes battled through nine gruelling holes and then faced the moment of truth. They stuck their hand into a cardboard box and pulled out a slip of paper with the name of their US Masters partner. For some, the result was immediate.

Their partner’s Saturday round was already over and the score final.

But many huddled in front of the TV in the clubhouse, cheering or cursing their partners as the Masters round concluded.

The coveted and boldly-designed yellow jackets were awarded and will hang in the clubhouse to be worn again exclusively by our winners if they ever get really cold or lose a bet.

Bowen Island Golf Club is a public course – everyone welcome (for a very reasonable fee, of course).

Please note that only paying golfers are allowed on the cart paths. There are lovely walking trails outside the perimeter of the course.

Walking on cart paths when not golfing is very dangerous. And you will probably be yelled at.

Your golfing neighbours thank you!