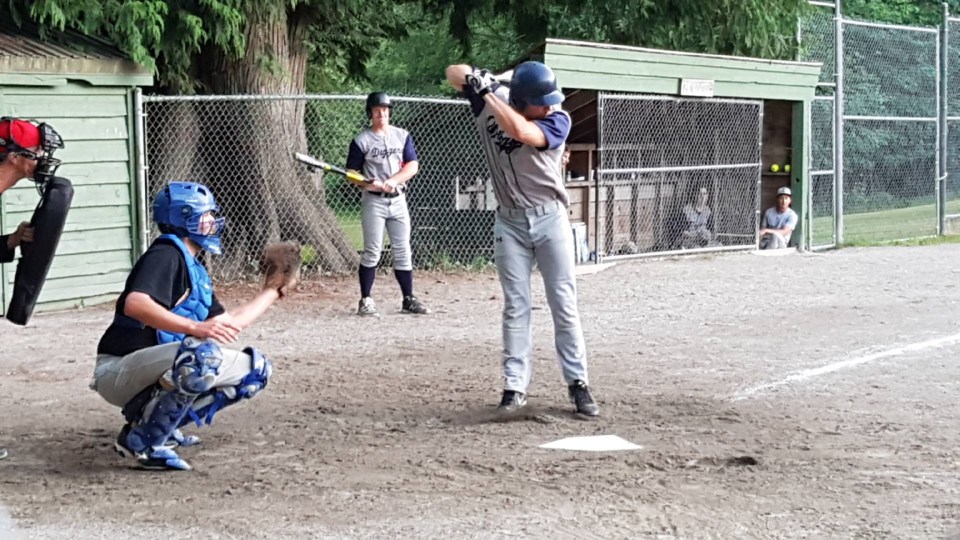 The Diggers will be looking to cap off a successful season with a championship win.Marcus Hondro

The Bowen Island Men’s Fastpitch League’s 2018 sea­son wraps up this weekend with its annual year-ending tournament. Finishing at 18-2, the Diggers won the regular season easily – they’ve been dominant in recent years – but it’s the tourna­ment that really counts.

“Oh, absolutely, the pres­sure is on the Diggers,” Cruiser Jim Gibson, whose team is a contender to beat the Digging Crew, said this week. “Anything other than winning the tournament for the Diggers would be a catastrophe.”

Gibson may be simply trying to put pressure on his opponents because the Cruisers’ manager knows upsets routinely happen in tournament play. But the Diggers are firing on all cyl­inders and look to regain the crown they won in 2015 and 2016 before losing it last season.

In 2017, despite a poor regular season, the aging Twins won the tournament. Over the years the Twins – the franchise began life as the Steamers - have won the crown more often than the Queen of Capilano has been late, but to manage it again this year they’ll have to do it after another sub-par regular season.

All six ballclubs in the league get into the tourna­ment, each playing three games in the round-robin portion. After those games are done, the top four teams play in the semi-finals, with the semi-final winners meet­ing in Sunday’s final.

A draw determined match-ups for the round-robin and the tournament opens with the Diggers and Brewers on Friday at 6:30 p.m. The Brewers finished last, so it is first versus worst. If the Diggers win, as expected, they start their quest to erase the pain of last year’s loss. However, if the Brewers upset them, it immediately puts the Diggers’ season in jeopardy.

The second game of the tournament sees the Shakers playing the Twins at 9 a.m. Saturday and then the Cruisers, who finished second in the regular sea­son (11-9), play the Fireman at 10:45 a.m. In total there are six games Saturday, one starting every hour and 45 minutes.

The round-robin portion of the tournament ends with games at 9 a.m. and 10:45 a.m. Sunday morning and then the first semi-final goes at 12:30 p.m. and the second follows.

Games are well attended and fans can buy food and beverages at Snug Cove Field. There’s also music, announcers and profession­al umpires. An organizer, Casey Grundy, notes that the league and Bowen Island Pub have teamed up to provide a bus service for those needing a ride home from games and from the pub late Saturday night. Those details, and the full schedule, are available on the league’s Facebook page.