TORONTO — After shares of BlackBerry and GameStop surged this week amid hype on social media, investors may be tempted to get in on the action, even if there is no company news driving the stocks higher.
Jan 26, 2021 1:03 PM By: Canadian Press 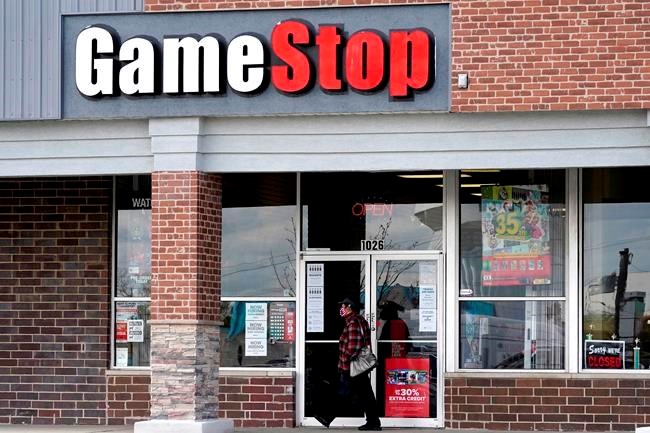 TORONTO — After shares of BlackBerry and GameStop surged this week amid hype on social media, investors may be tempted to get in on the action, even if there is no company news driving the stocks higher.

But experts say investors should not get swept up by investment trends because of a fear of missing out on the next hot stock. While it's possible to make money picking individual stocks, the odds make it more like gambling than an investing strategy, says Dave Hardisty, the chair of marketing and behavioural science at The University of British Columbia Sauder School of Business.

"It is exciting, right?" says Hardisty. "But it's not smart."

It can certainly seem like a rich payout for those who picked the winning horse: Toronto-listed BlackBerry shares are up 47.5 per cent over the past five days. Hardisty says that it's human nature to pay disproportionately more attention to those who are doing better than you — especially if they look like they're making more money on social media.

But in reality, Hardisty says, even professional investors can struggle to pick individual stocks, pointing to a theory Warren Buffett famously tested when his chosen index fund won a bet against a hedge fund manager.

University of Toronto finance professor Lisa Kramer says it's not surprising that stock picking has become a popular topic on Reddit and TikTok during the COVID-19 pandemic. With interest rates low, safe investments like savings accounts and bonds aren't keeping up with inflation, Kramer notes. Meanwhile, commission-free trading apps have gained popularity and North American stock markets have risen from a steep downturn last spring to hit new record highs.

Some people, Kramer says, find themselves stuck at home with more time than money, if they are among those left unemployed by the pandemic. Others may have more flexible work-at-home schedules and more pocket money to burn, with traditional entertainment venues shuttered.

But, Kramer says, inexperienced investors are the most vulnerable to stock-picking trends.

"It's quite natural to fixate on those kinds of movements in markets, and it's very natural to feel the urge to jump in...We see this over and over through the decades," says Kramer.

The problem with betting on individual stocks is that as a company's stock rises, it might surpass the company's business outlook, says Kristi Ashcroft, Head of Product at Mackenzie Investments, in Toronto.

"With these trends that can get swept up in a bit of mania or abundance of positive sentiment, the valuations of these stocks can really become untethered from their true business prospects," says Ashcroft.

"You could see opportunities for lots of growth in terms of sales, but sometimes that's already fully reflected in stock prices ... professional money managers have a rigorous process around looking at companies, projecting forward their business prospects, modeling future profits, and coming up with reasonable valuations."

Ashcroft says that any investing strategy that focuses heavily on one stock, geographic area or sector is risky. Before making an investment, Ashcroft suggests people consider what they are saving up for — a tactic that can remind them of the importance of their long-term goals.

"Like anything in life, there are very few shortcuts," Ashcroft says. "People typically, on social media, advertise their successes. They may not be quite as vocal about the investment that didn't work out so well for them."

Hardisty suggests people put a date on their calendar every few months to check on their investments, rather than watch the stock market every day, to keep themselves from getting caught up in daily ups and downs.

Kramer says that while sticking to a sensible investing plan can seem boring, checking stocks daily can become highly addictive. Investors might consider instead setting aside a small, fixed portion of their overall portfolio for "fun" or more speculative investments.

As for the rest of your money, the part you need for later in life? Kramer suggests good old "buy and hold."

"If they really can't resist that impulse to jump in and hold some of those stocks that they're hearing about in the online forums, then at least contain the exposure," Kramer says. "Set aside a fraction of the total portfolio that you treat as entertainment — and that you can afford to lose."

Companies in this story: (TSX: BB)

Note to readers: This is a corrected story. A previous version included an erroneous reference to target date funds and misspelled Kristi Ashcroft's name.